Three servings of the Balkans with bitter taste of armed conflict

The monodrama ONE NIGHT STAND/UP! by the Prague-based theatre group Kolonie will be performed at the festival actually three times! Created by set designer and visual artist Andrijana Trpković, directed by Lucie Ferenzová, the show stars actress Markéta Dvoráková. The “Balkan war comedy” about coming of age is set on the Croatian beaches and in the streets of Belgrade against the backdrop of the difficult 1990s. 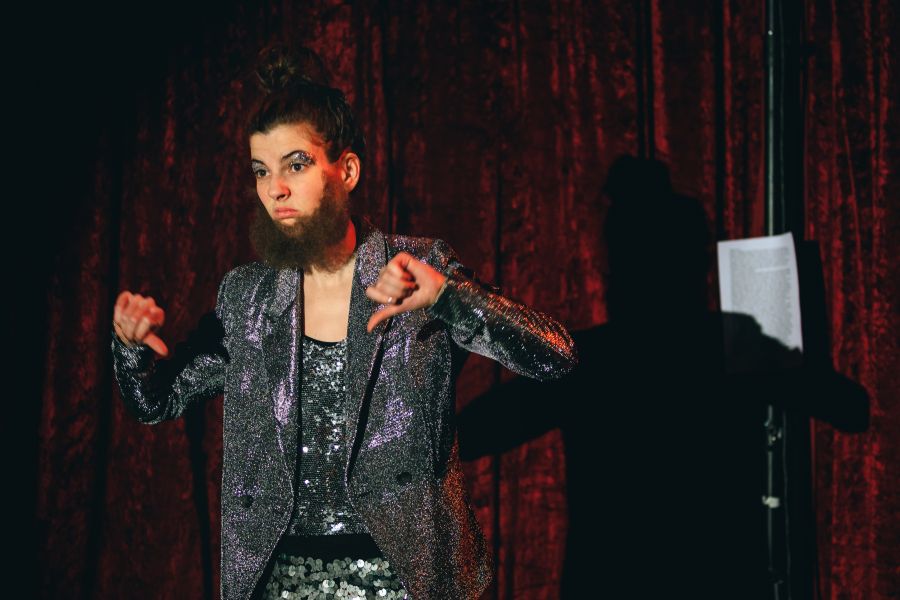 Inspired by the book Ear, Throat and Knife (Uho, grlo, nož) written by journalist Vedrana Rudan, the production recalls authentic 90’s memories, Nike shoes, bombardment and moving to the Czech Republic, and contrasts the Czech and Balkan nature through dark and politically incorrect humour. The “woman’s view” of a bloody conflict is one woman show, both humorous and harrowing, presented through the lively performance of actress and musician Markéta Dvořáková. Lucie Ferenzová, the director and leader of Kolonie, comments on Markéta’s complex performance: “The most interesting finding for us was the fact that the mechanisms of propaganda are still the same and can be seen in TV debates to this day. All this through the eyes of a woman from our generation, with a bit of cynicism and sadness, harsh humour and woman’s kindness, melancholic and punk guitar songs, performed by Markéta Dvořáková with her vigorous nature and energy, stylised as glittery dark pop stand-up comedy.”

“The actress switches between characters, changes costume after costume: silver sequin suit, a red dress with high heels, complemented by a denim jacket, fur coat, track pants, or even a moustache or a beard. She is great, keeping the pace up and skating along the line of cringe, without actually becoming cringeworthy.”
KATEŘINA KYKALOVÁ (DIVADELNÍ NOVINY.CZ, 21st of January, 2019)
ONE NIGHT STAND/UP! will be shown three times at the 23rd Flora Theatre Festival.
On Thursday, 16 May at 6 pm, on Friday, 17 May at 6 pm and on Saturday 18 May at 3.30 pm at Divadlo Hudby (Theatre of Music).
A screening of Goran Paskaljević’s cult movie Cabaret Balkan will take place in the film hall of Konvikt (Palacký University Art Centre) on Sunday, 19 May, followed by a discussion with the authors.
A concert by Markéta Dvořáková and her art-punk band LO/VE will take place at the festival tent on Saturday, 18 May at 10 pm.
dramaturgy and directed by Lucie Ferenzová
translation, set design, costumes, based on the work of Andrijana Trpković
music Markéta Dvořáková
video supervision Olivan Kenobi
light design, technical support Kryštof Pokorný
cast Markéta Dvořáková
premiere 7 March 2018 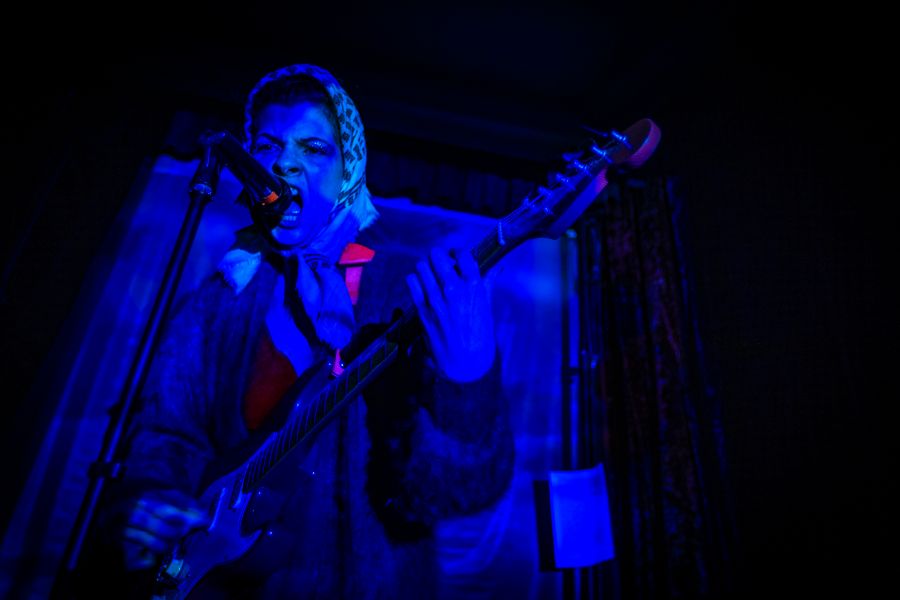 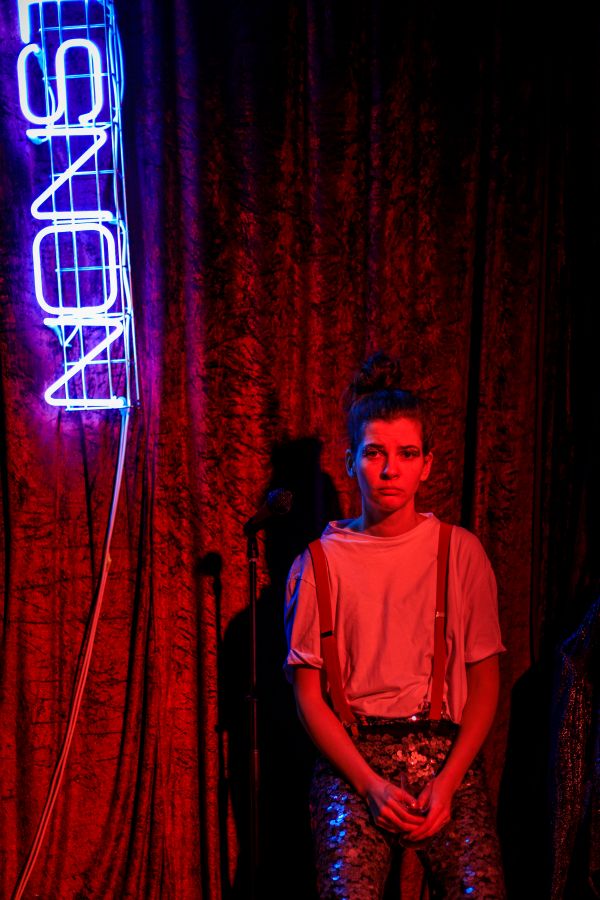