Press conference is over, ticket sales begin in a week!

The press conference for the 23 Flora Theatre Festival took place on Monday 8 April in Olomouc. The festival director Petr Nerušil together with Simona Vičarová, the festival producer, and Jan Žůrek, dramaturge of the Performing Arts section, introduced the festival programme to the media. 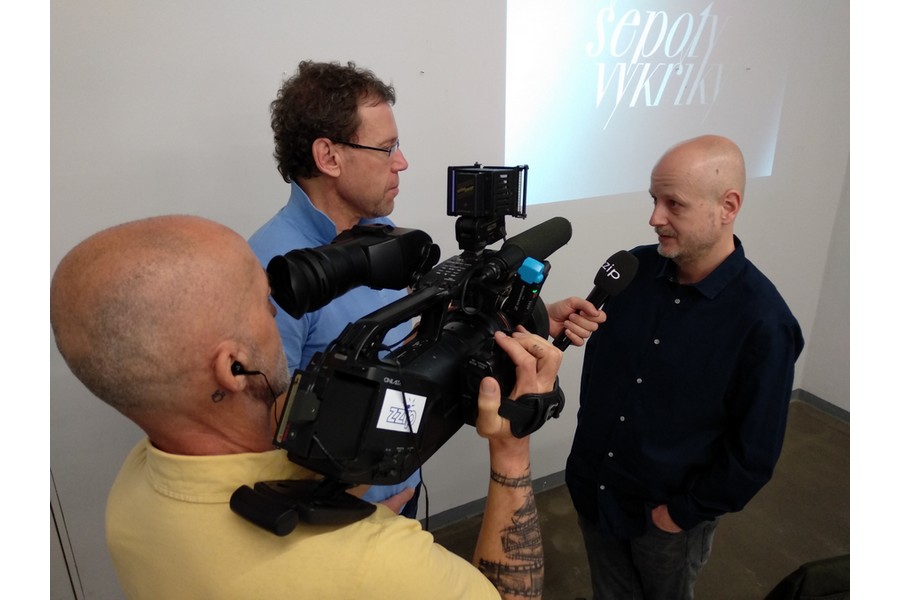 The festival programme will be framed by guest appearances of renowned German ensembles. For the very first time, Olomouc will welcome Staatsschauspiel Dresden and the legendary Berliner Ensemble. The expressive production 9 Days Awake (9 Tage wach) by the Dresden state theatre held the top position in the renowned nachtkritik.de charts for weeks at the end of last year. An adaptation of Günter Grass’s Tin Drum (Die Blechtrommel) by Oliver Reese, the artistic director of one of the most reputable European theatres, ranks among the most impressive German productions of recent years. Independent artists from Munich are preparing an exclusive menu for the festival and in cooperation with leading actors of the Residenztheater will present two world premieres towards the end of the festival: a stage commentary of Trump’s book Donald Trump: The Art of the Deal and an intimate original project Cries and Whispers (Schreie und Flüstern).

The Czech theatre scene will be represented not only by the leading Czech ensembles Divadlo pod Palmovkou (Faust), Dejvické divadlo (The Murder of Gonzago), Divadlo Na zábradlí (Personas – subject to change) or HaDivadlo, Brno (The Philistines) but also the independent experimental ensembles Kolonie (One night stand/up!), Divadelní spolek Jedl (The Waste Land – Reynek – Private Confessions) and an incoming generation of theatre makers of the Department of Alternative and Puppet Theatre at DAMU Academy (The Bartered Bride – Press paradox). The local Moravské divadlo Olomouc will present their opera (Così Fan Tutte) as well as a drama production (Dangerous Liaisons); the partner scene Divadlo na cucky will feature its premiere of Abandoned Society.

“I believe that the inspiring echo of the festival leitmotif will resound intensely through all the festival venues and that the fragile and intimate actors’ confessions as well as the pressing, often even insistent, testimonies will disturb the audiences as well as move them, arouse them from lethargy, incite their imagination and ignite their sensitivity,“ comments the director Petr Nerušil on the festival dramaturgy and adds: “It is amazing that the personal as well as social themes of the festival productions are – apart from the well-established ensembles – articulated by strong performers. These include the actresses Lucie Trmíková and Markéta Dvořáková (who will appear a number of times within the festival programme), and the charismatic stars of the Munich and Berlin theatre scene – Franz Pätzold, Aurel Manthei and Nico Holonics. I consider the fact that you can see these three actors – over three days – at a Czech theatre festival in three different productions, moreover, two of them in world premieres, a rather unique and almost unrepeatable occurrence in the context of Czech theatre.“

The performing arts programme section Focus: Korea will present four productions (A Silver Knife – Tail Language – Green Eye – Complement) at three venues in Olomouc by top-ranking choreographers and dancers. “The look into the Korean scene will be the first major step of the Flora Theatre Festival outside the European continent. The festival will host exceptional choreographers and dancers who represent the progressive movement of contemporary Korean dance and also have met with great international acclaim. The individual productions will be followed by discussions, we will also organize two dance workshops,” says Jan Žůrek, the dramaturge of the dance section.

While the festival motto explicitly refers to the famous film title, Flora will also present a retrospective of Ingmar Bergman’s work. A collection of six key films (Wild Strawberries – The Silence – Persona – Cries and Whispers – Scenes from a Marriage – Autumn Sonata), gems of world cinematography, will be supplemented by the newest documentary film by the German director Margarethe von Trotta Searching for Ingmar Bergman and a lecture by the film historian and journalist Stanislava Přádná.

The ticket sales begin on the 15 April at the box office of the Moravské divadlo Olomouc, you can book your tickets also online.