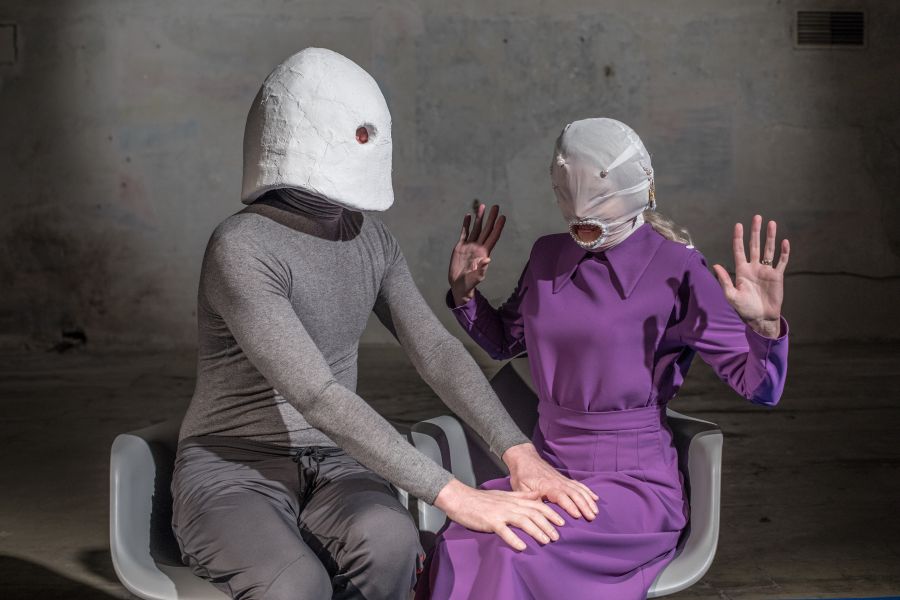 You can see the production PRIVATE CONFESSIONS starring Trmíková – Pechlát – Švehlík on Thursday 23 May at 8pm, on Friday 24 May and Saturday 25 May at 4.30 pm at Divadlo hudby (Theatre of Music).

“Three amazing actors in a plain stage design, their weapons are intelligent dialogues loaded with meaning and emotions – that is all you need for a unique theatre experience.”
PETRA ZACHATÁ, THEATRE NEWSPAPER AWARD – SURVEY, 7 January 2019

“The entire triptych by Nebeský and Trmíková (Medeia, The Waste Land, Private Confessions) is amazing in that they manage to take such an old and overused theme of a relationship between a woman and a man and approach it each time from a different point of view, in different circumstances and with different imagery. And each time with a different acting energy. Their three plays rank among the best of last year’s production in the country.”
JANA MACHALICKÁ, LIDOVKY.CZ, 27 January 2019