Music evenings in the festival tent

Flora Theatre Festival – that is not only theatre productions but also informal atmosphere at the evening “meeting point” in festival tent at the Palacký University courtyard at Konvikt. Almost every evening (except for Sundays) there will be some music programme full of unique concerts and DJs… and parties! 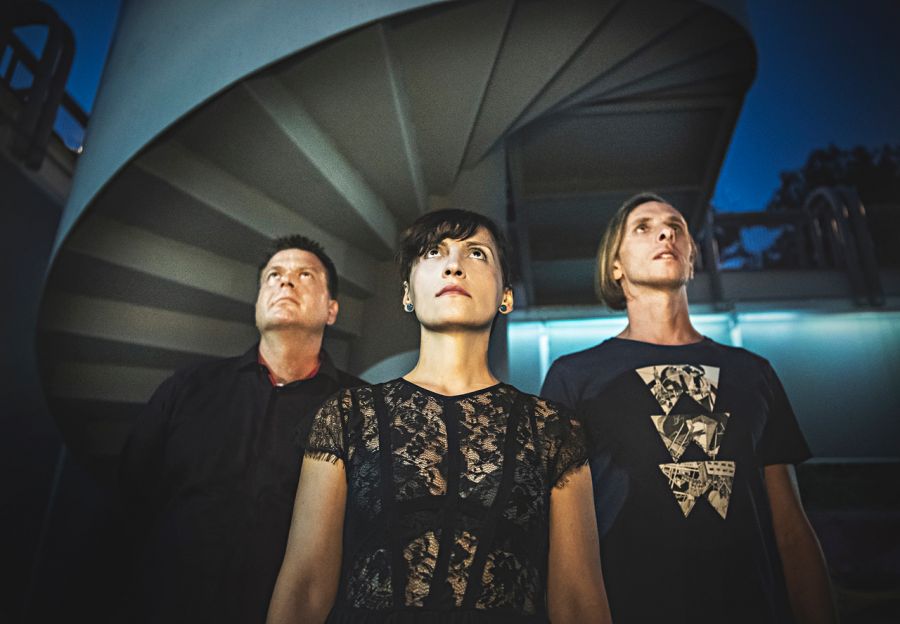 Cult music formation W.W.W. NEUROBEAT will perform in the tent on Thursday 23 May

You can choose from a wide range of music productions:

WEDNESDAY 15 May
10.45 pm Nic Robertson / DJ set
Disco set by an avid collector of rare vinyl records.
10.45 pm Chrome Animals / concert
Kriton Klingler-Ioannides, an all-round musician and composer from Berlin, introduces his music project connecting darker tones of indie-rock with electronics and beats to generate an aesthetic that oscillates somewhere in between Trentemøller, The Kills and Anna Calvi vibes.
The exclusive set in the festival tent follows the 9 Days Awake / 9 Tage wach production for which Kriton composed music and where he performs live.
THURSDAY 16 May
10.45 pm PDCH / DJ set
A dreamy set by a music enthusiast and promoter from Brno.
FRIDAY 17 May
10.30 pm Luna Rev / Kvety Nikotínu / concert
The alter ego of the cult band of Slovak alternative music, the melancholy guitar sound of Kvety Nikotínu, introducing their new EP O kvetoch a ľuďoch (Of Flowers and Men).
11.45 pm AHZ + Annita / DJ set
A fixed star on the Prague club scene with an explosive mix of contemporary house.
SATURDAY 18 May
10.00 pm Lo/ve / concert
The art-punk formation Lo/ve was created in spring 2013, when Pavel met Markéta. The artist Pavel Ptáčník (guitar), an ex-member of the Ostrava-based Like She band, and the actress Markéta Dvořáková (percussion) set out on a tour of Brooklyn clubs soon after their first concert and the release of their EP entitled RAW/CUT. Under the label Vole Love, they are allied with bands such as I Love 69 Popgejů, Schwarzprior, Wolf Trap, which share their feature of rawness, simplicity and energy. Madly in Lo/ve.

11 pm René / DJ set
Trombone forever!
MONDAY 20 May
11.30 pm Kurzola / DJ set
A fix of Italian music all night long.
TUESDAY 21 May
11.30 jak_sen (ex Dirty Danzo) / DJ set
An eclectic set full of music candy.
WEDNESDAY 22 May
10.45 pm Marie Pravda / DJ set
A music show about „truth and love“.
THURSDAY 23 May
10 pm WWW NEUROBEAT / concert
A hard to label cult formation with an unmistakeable electronic sound, percussive character of the songs and witty and imaginative lyrics. The seemingly unconcerned, yet insistent voice of the frontman Ondřej Sifon Anděra rhythmically reciting the texts of the visual artist Lubomír Typlt accompanied by disturbing beats, creates a purely original form which ranks among the intellectually most ambitious projects on the Czech music scene. Tickets here.
11.30 pm Babsi & Lusy + Druhý domov / DJ set
Children of the 1990s, women of the present + Psychedelic disco of the favourite festival bartenders.
FRIDAY 24 May
11.45 pm Tasun + Wnchnz (Popular DJs) / DJ set
A cheerful groovy collection by members of the Bratislava collective Popular.
SATURDAY 25 May
10 pm Alexander Maschke SUPERIMPOSED / concert
Superimposed is an experimentation in sound, combining recordings of string instruments, organs and found sounds with modular synthesizers and electronic elements, weaving them into soundscapes and resonant structures ranging from abrasive pillars of sound to moments of reflective reverie. The concert will be a partly improvised journey through sound as a compositional material and invites the audience to apparitional visions of moldering worlds, human beauty and all the shades in between.


The entry to the music production is free (with the exception of WWW Neurobeat concert).