Mozart’s crowning masterpiece based on the clever opposition of an intimate and simple story with a generously structured and elaborated music expression. A new addition to the repertoire of the Olomouc opera ensemble directed by Andrea Hlinková. 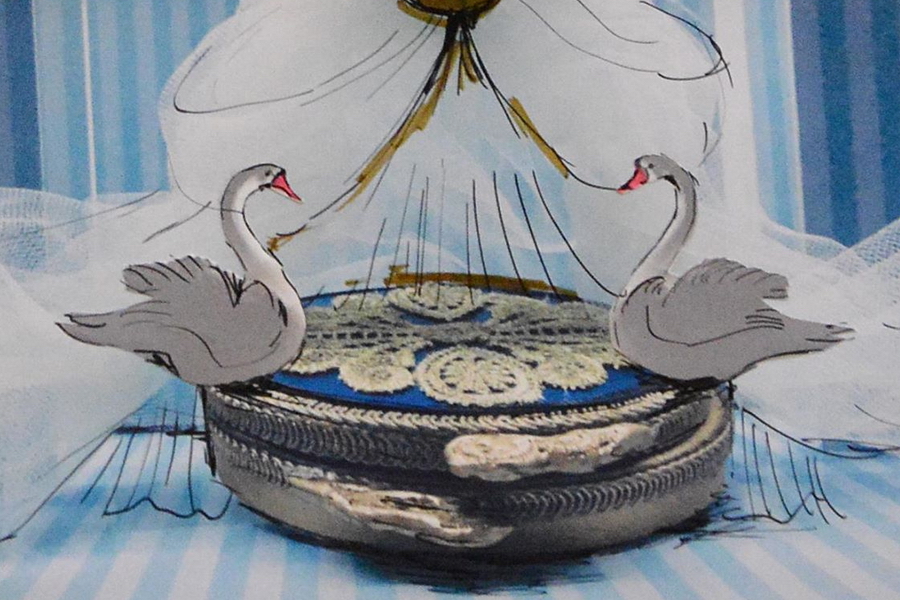 Are all women like that? Unfaithful, flirty and extravagant? Or are all men like that? Suspicious, envious and possessive? The comic opera Così Fan Tutte (translated as Women Are Like That) was composed by W. A. Mozart from the libretto of Lorenzo Da Ponte, after a previous unsuccessful attempt by Salieri. It is the third work based on Da Ponte’s text after The Marriage of Figaro and Don Giovanni. The probe into the flirtatious rococo style society of the second half of the eighteen century ranked among the “banned” opera pieces for its immorality over the course of the nineteenth century. It was precisely the provocative theme of frolicsome teasing of a faithful relationship that made Mozart make use of its potential and create one of his most acclaimed operas, based on the effective contrast of an intimate story with a luscious musical expression. Not only the arias – which still rank among the best opera “hits” – but also their elaborated dramaturgy within the entire piece, the contrast, logic as well as surprising succession make Così Fan Tutte a still relevant gem of the opera repertoire which will now celebrate 230 years from its creation.

The Slovak director Andrea Hlinková works on Czech as well as Slovak stages. She studied concert and opera singing at the Conservatory in Bratislava and then opera directing at the Academy of Performing Arts in Bratislava. Her graduation work was actually the staging of Mozart’s opera Così Fan Tutte (2002) which she is currently bringing to the Moravské divadlo Olomouc theatre. She works regularly with the local opera and operetta ensemble; she directed Tchaikovsky’s opera Eugene Onegin (2011), Puccini’s La Bohème (2016), Verdi’s Rigoletto (2016) and Falstaff (2013), which brought the Thalia Award to the bass singer Jiří Přibyl.
Andrea Hlinková spent the first phase of her professional career as assistant director to the renowned Italian director Francesco Esposito in opera houses in Dortmund, Rome, Pesaro, Lisbon, Tokyo and Marseille. After this experience, all the opera ensembles in Slovakia invited her to cooperate. She had her debut at the Slovak National Theatre in 2009 with Haydn’s opera The Deserted Island, followed by the original Slovak operas Mister Scrooge by Ján Cikker (2011) and Veľká doktorská rozprávka (Big Doctor's Fairy Tale, 2012) by Milan Dubovský. The director is a permanent guest at the State Opera in Banská Bystrica where she staged for example Puccini’s Sister Angelica, Leoncavallo’s Zingari (2007), Mascagni’s drama Silvano (2009) and Bizet’s “colonial opera” The Pearl Fishers (2014); she also staged the last mentioned title at Severočeské divadlo in Ústí nad Labem, Czech Republic. Hlinková also directed the Slovak premiere of Rossini’s bel canto opera Othello (this March). She also staged The Magic Flute (Mozart, 2006), Madama Butterfly (Puccini, 2008) or Adriana Lecouvreur (Cilea, 2010) at the State Theatre in Košice, Slovakia.
“As a director, Andrea Hlinková can be quite strict. She has an Italian temperament, having studied and lived in Italy. I appreciate the fact that she gets to the point immediately, rather than beating around the bush.”
JIŘÍ PŘIBYL, THALIA AWARD LAUREATE 2014, SOLOIST OF THE OPERA ENSEMBLE OF MORAVSKÉ DIVADLO OLOMOUC
Moravské divadlo Olomouc (MDO) is situated in one of the oldest theatre buildings (opened in 1830) in the country. It consists of three artistic sections (opera/operetta, drama, and ballet). David Gerneš took the position of theatre director at the beginning of the 2018/19 season, from Pavel Hekela who led the theatre for five years. The new director has promised to bring new impulses to the theatre and get closer to younger audiences.
After the Velvet Revolution, various personalities have held the post of artistic director of the drama section such as Karel Nováček, Peter Gábor, Václav Klemens and Roman Groszmann – who faced the pitfalls of the abonnement system more or less successfully. Cooperation with Palacký University under the artistic direction of Ivan Balada resulted in the establishment of The Burning Giraffe Studio (1994–2003) associated with the name of the playwright David Drábek. With Michael Tarant as artistic director and Milan Šotek as dramaturge (2010–2016), the ensemble changed in terms of generational composition and became emancipated in repertoire – e. g. Glaser’s direction of Schimmelpfennig’s play Arabian Night was awarded the Josef Balvín Award in 2012. Since 2016, the drama section has been artistically directed by Roman Vencl, the author of several comedies popular with the audiences.
The opera and operetta ensemble is led by the conductor Miloslav Oswald who stages classic as well as innovative pieces – the Czech premiere of Zdeněk Pololáník's opera Night Full of Light (2013). The amazing Ullman opus The Fall of the Antichrist, adapted and directed by J.A. Pitínský, was awarded the Music Theatre of 2014/2015 by the Theatre Newspaper Award. The bass singer Jiří Přibyl received the Thalia Award for his performance of Falstaff in the opera of the same name directed by Andrea Hlinková in 2014. In 1996 the then director of the theatre Václav Kožušník initiated the birth of the Flora Theatre Festival. This project, which began as a regional festival of Moravian theatres, has gradually become one of the most prestigious Central-European festivals. 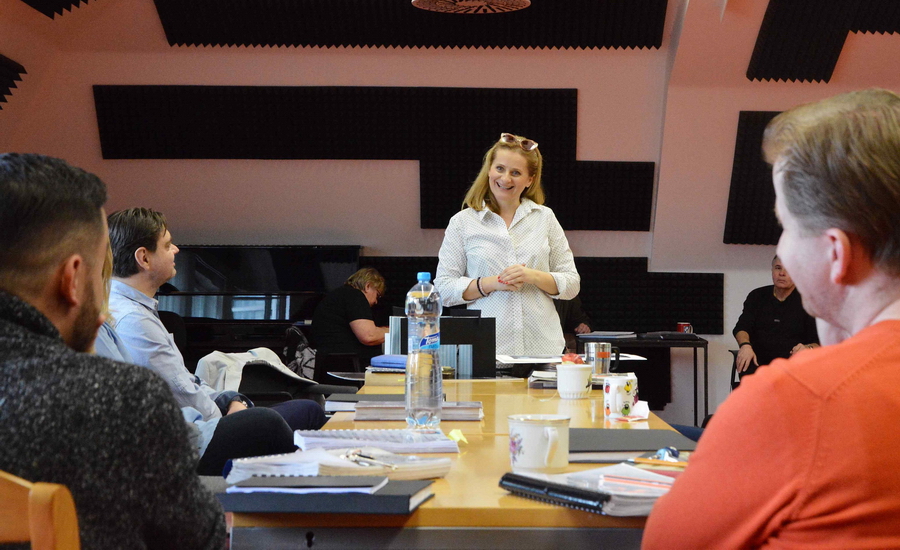