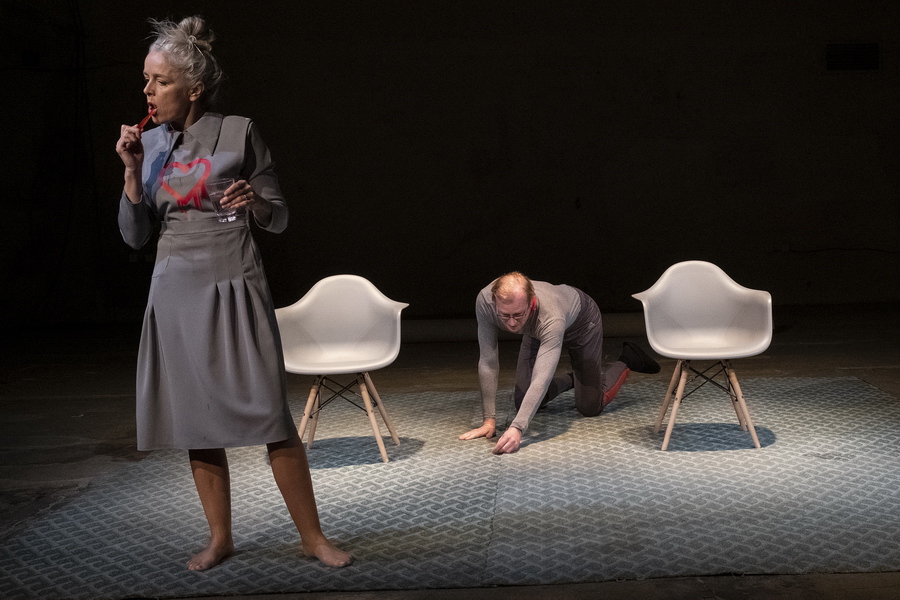 Anna is in love with another man and feels ready to leave her husband, who, however, refuses to let her go – a fight where there are no winners only victims… Private Confessions by Divadelní společnost Jedl powerfully as well as wittily introduces exposed images on the theme of marriage. Through a detailed study (as if through a microscope) of the relationship between Anna and Henrik (Lucie Trmíková and Martin Pechlát), uncovered also through the personality of the partners’ confessor (Alois Švehlík), the creative team explores how close two people can actually be before they destroy each other.
Director Jan Nebeský and screenwriter and actress Lucie Trmíková (partners in their private life) created an original production as homage to Ingmar Bergman. It is an ingenious compilation of several of his texts which Trmíková enriched with her perspective. From the focus on the female part, we can therefore see the shift to an equal dialogue between the two characters. All the basic existential themes of Bergman’s oeuvre – infidelity, loneliness and anxiety – however, remain. A production about the loss of faith in oneself, in the other and in God digs deep into the mind and soul.
“The Private Confessions production is a characteristic homage to Bergman, intimate, modest but definitely not casual.“
JOSEF CHUCHMA, DIVADELNÍ NOVINY.CZ, 20 January 2019
“The entire triptych by Nebeský and Trmíková (Medeia, The Waste Land, Private Confessions) is amazing in that they manage to take such an old and overused theme of a relationship between a woman and a man and approach it each time from a different point of view, in different circumstances and with different imagery. And each time with a different acting energy. Their three plays rank among the best of last year’s production in the country.”
JANA MACHALICKÁ, LIDOVKY.CZ, 27 January 2019
“Three amazing actors in a plain stage design, their weapons are intelligent dialogues loaded with meaning and emotions – that is all you need for a unique theatre experience.”
PETRA ZACHATÁ, THEATRE NEWSPAPER AWARD – SURVEY, 7 January 2019

The charismatic actress and respected screenwriter Lucie Trmíková (1969) – the face of this year’s Flora – studied acting at the DAMU Academy. As a member of the Činoherní klub (1991–1996), she worked with the directors Ladislav Smoček, Ivo Krobot or Jan Nebeský, who became her partner not only in the creative process but also in life. Her stay with Divadlo Komedie (1996–2001) was successful – she was awarded the Radok Award for the role of Terezka in a production of the same name by Lenka Lagronová in 1997. She was further nominated for the Theatre Critics’ Award for her portrayal of the female protagonists of Ibsen’s plays in Nebeský’s direction at Divadlo v Dlouhé: Rita (Little Eyolf, 2013) and Hedda (Hedda Gabler, 2016); this was a continuation of Ibsen’s line – she starred already as Frida (John Gabriel Borkman, 1995) and Hilda (The Master Builder, 1999; both at Divadlo Komedie).

As a screenwriter, Trmíková has created an array of theatre and TV scripts and also cooperates with radio. She performs in most of the adaptations of her texts, at present under the scope of the Jedl ensemble. Her theatre production includes spiritual themes (Reynek, Čep, Mother Teresa), philosophical texts (Simone Weil), world classics (Dante, T. S. Eliot, Shakespeare) as well as works by lesser known authors (Gert Hofmann, Else Lasker-Schüller). Her interest in the theme, deep reading experience and at the same time ironic distance creates a congenial combination with Nebeský’s directorial style. The theatre critic Josef Mlejnek describes their creations as leading towards “metaphysical theatre which shows behind what is visible while always requiring great physical engagement”.

The creative tandem Lucie Trmíková (author, screenwriter, dramaturge, actress) – Jan Nebeský (director, stage designer) together with David Prachař (actor and director) have formed for over a decade an unmistakable, renowned theatre brand which only received its name in 2011 – Divadelní spolek Jedl (an abbreviation of their names Jenda, David, Lucie). They bring original personal testimonies on stage which often interweave art styles and genres. Based on screenplays by Lucie Trmíková and directed by Jan Nebeský, the Jedl has so far created Inferno – Variation on Dante (2014), Dvojí domov/Z Čepa (2015), Miluji tě jak po smrti (2016), Reynek / Words and Images from Petrkov (2017) or the loose trilogy Medea, The Waste Land and Private Confessions (all 2018). The “holy trinity” of artists regularly cooperates with the musicians Pavel Fajt, Jan Šikl and Martin Dohnal, the counter tenor Jan Mikušek and the 420PEOPLE dance company.

Jan Nebeský (1954) is a remarkable director with a unique stage vision not only in the context of Czech theatre. He graduated from directing at DAMU Academy in Prague. His productions of H. Ibsen rank among his most significant: Ghosts (1988), John Gabriel Borkman (1995), The Master Builder (1999) or the awarded Wild Duck staged at Divadlo v Dlouhé (2005), where he later also produced Little Eyolf (2013) and Hedda Gabler (2016). Jan Nebeský discovered the Austrian writer E. Jandl for Czech theatre when he staged The Humanists at Divadlo Komedie (2007) or the play Out of Estrangement at Divadlo Na zábradlí, which was awarded the Alfred Radok Award in 2004.
Apart from his productions Out of Estrangement and Little Eyolf, the Flora Theatre Festival hosted an original trilogy by the creative team Nebeský–Prachař–Fajt in 1999, 2009 and 2011, which focused on major literary figures confronted with serious art topics: Hamlet Part II, Incomplete Dream based on F. Pessoy and finally NoD Quijote inspired by B. Reynek’s graphics. He continues in this tradition with the Jedl group. He also works as a guest director at other large theatres; his Nora at Divadlo pod Palmovkou received the Theatre Newspaper Award and Thalia Award for Tereza Dočkalová in the main role. His production The Thief’s Journal received 3 awards at the 2017 Theatre Critics’ Award as the Production of the Year, Best Music for the composer Martin Dohnal and Best Male Performance for Miloslav König who also received the Theatre Newspaper Award for the Performance of the 2016/17 season. Both awarded productions were featured at last year’s Flora. 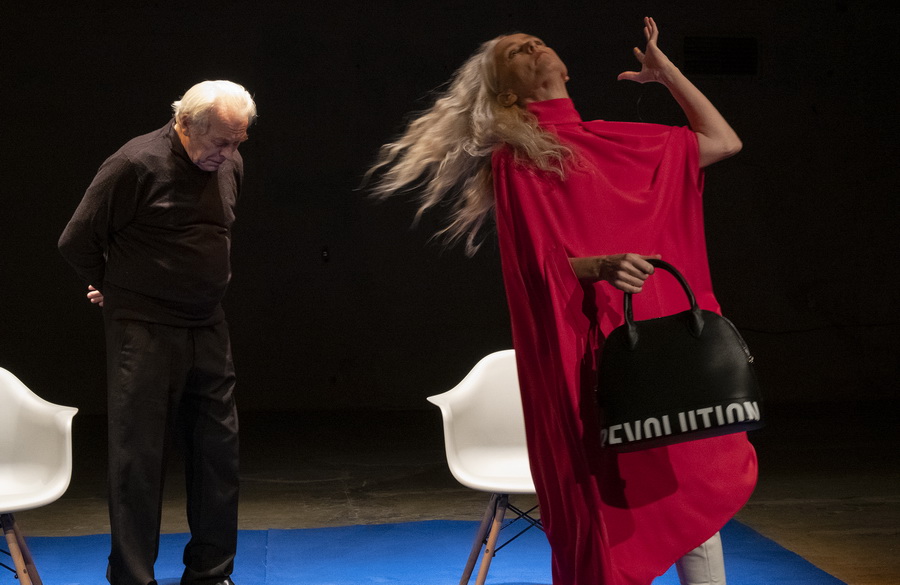 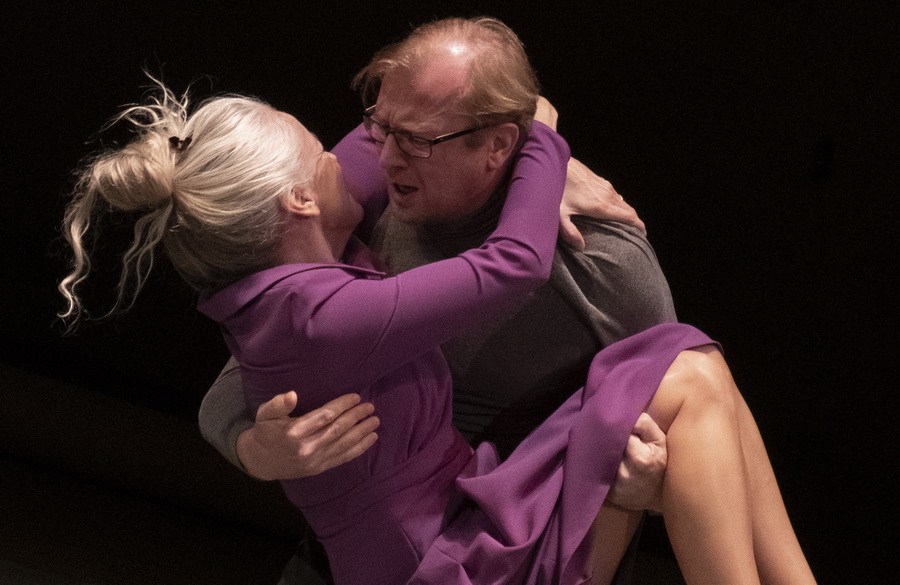 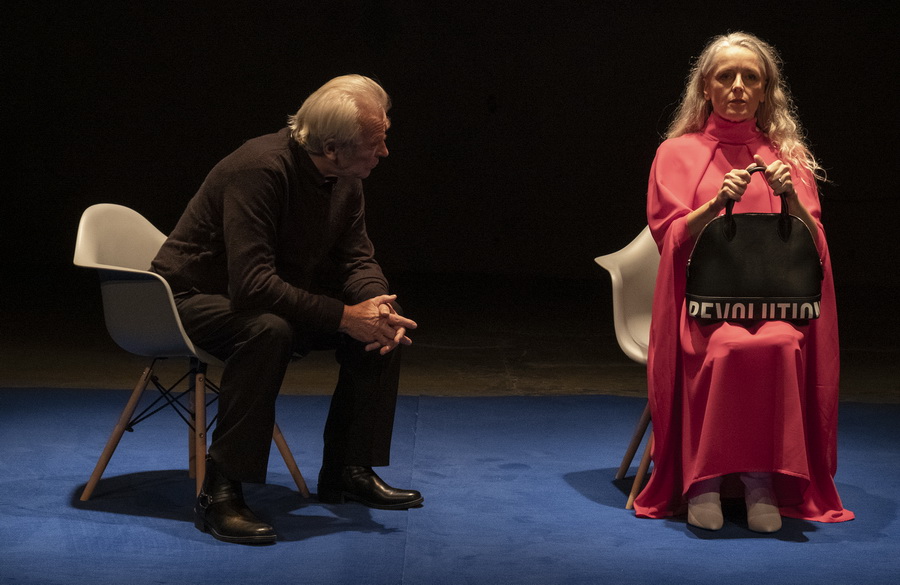 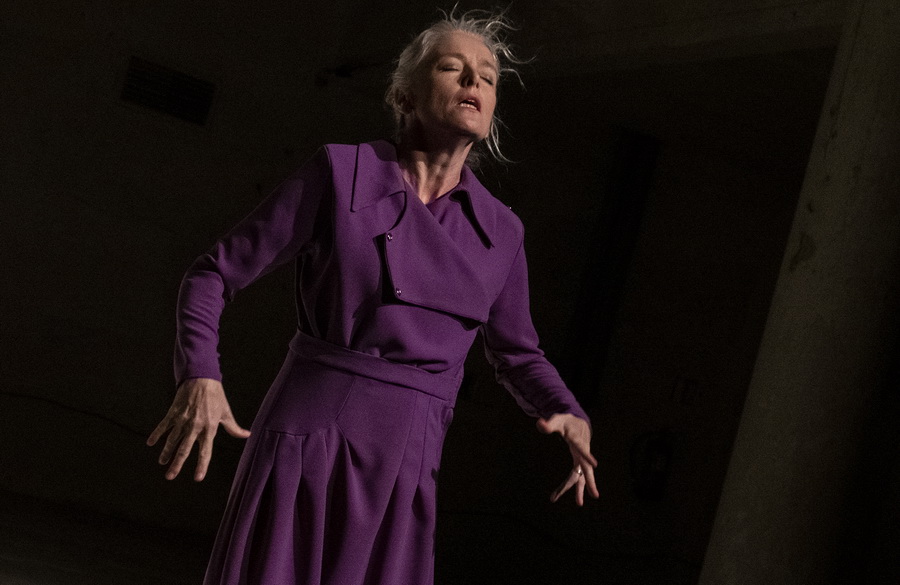 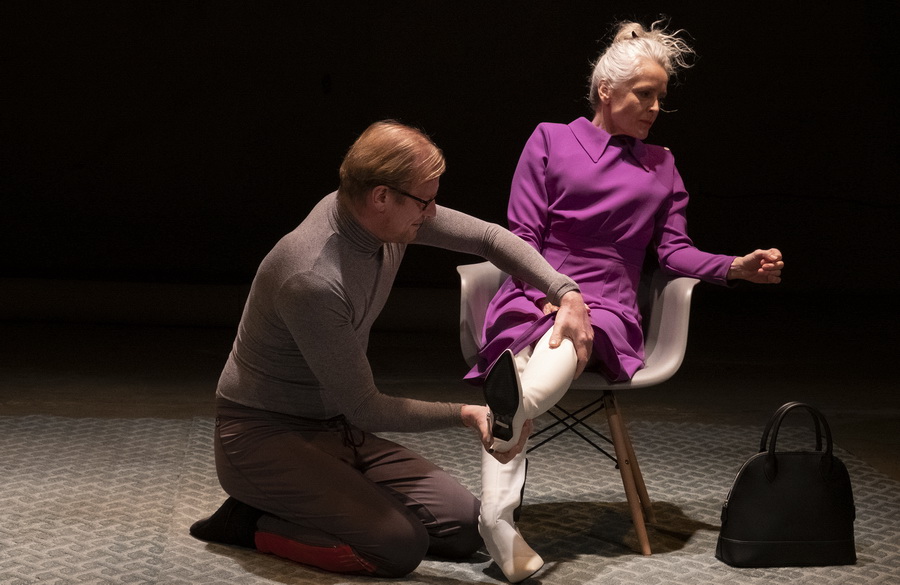 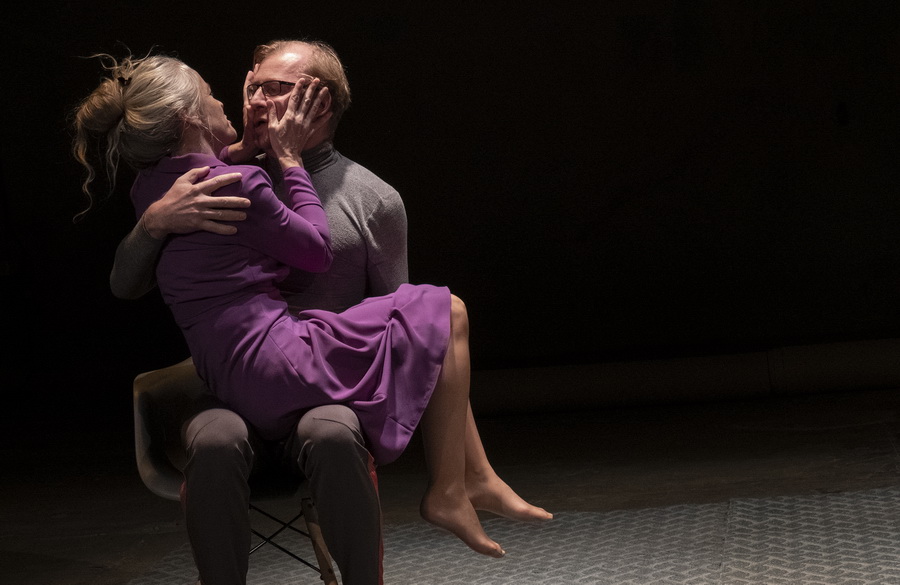 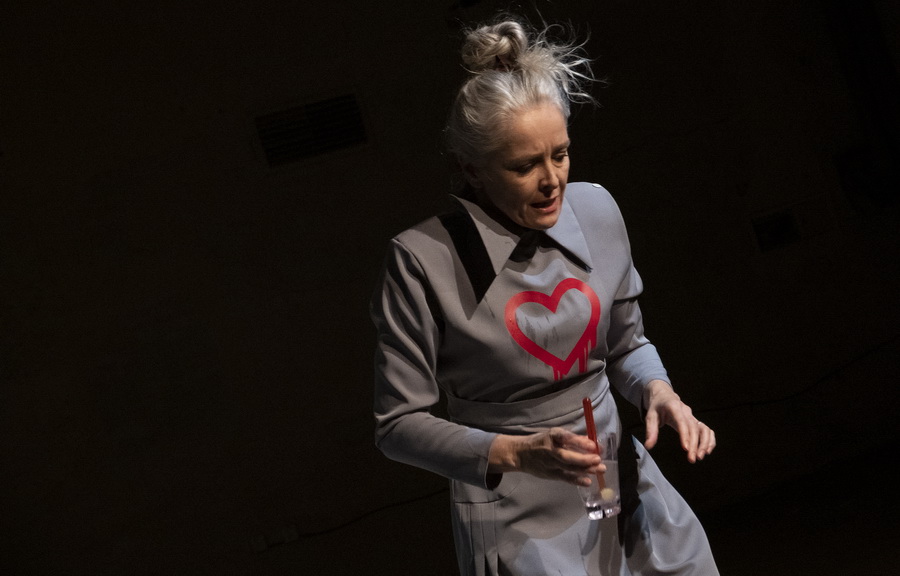 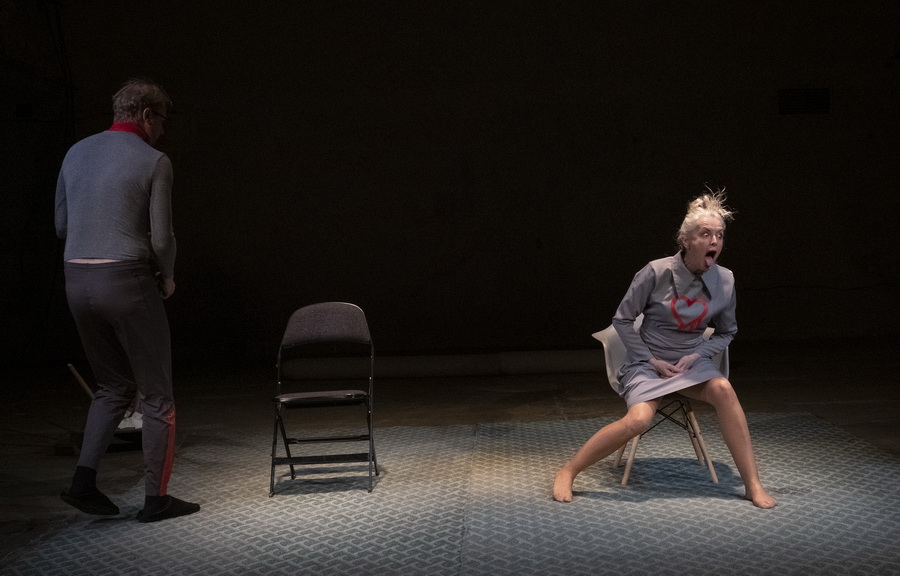 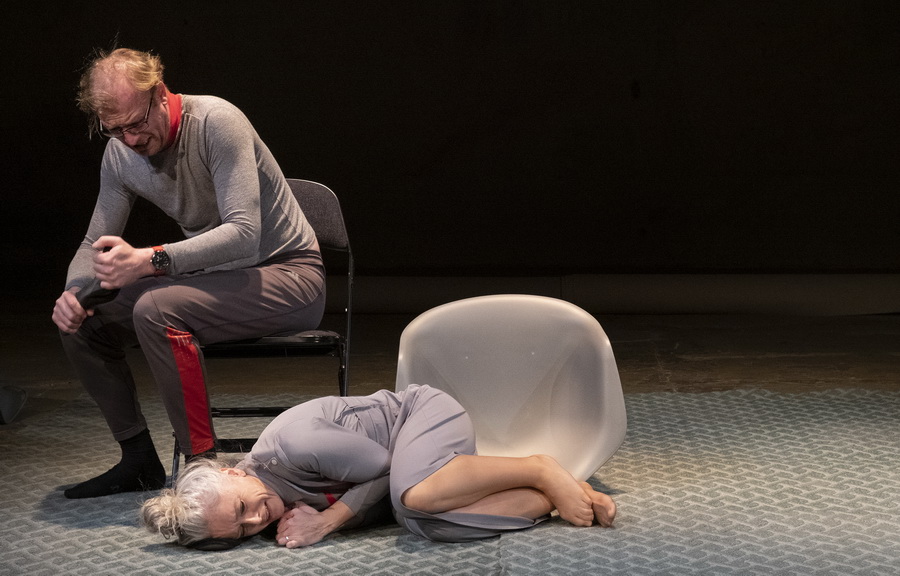 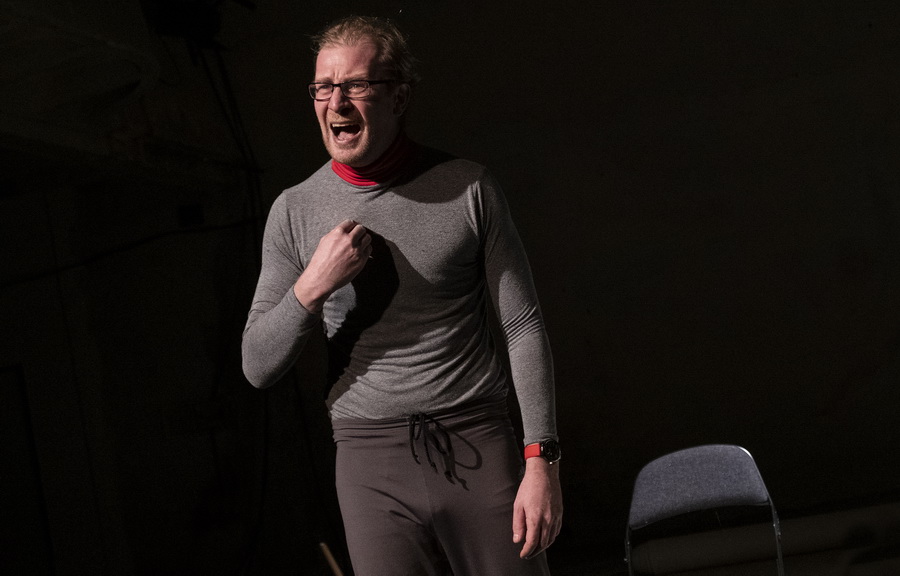 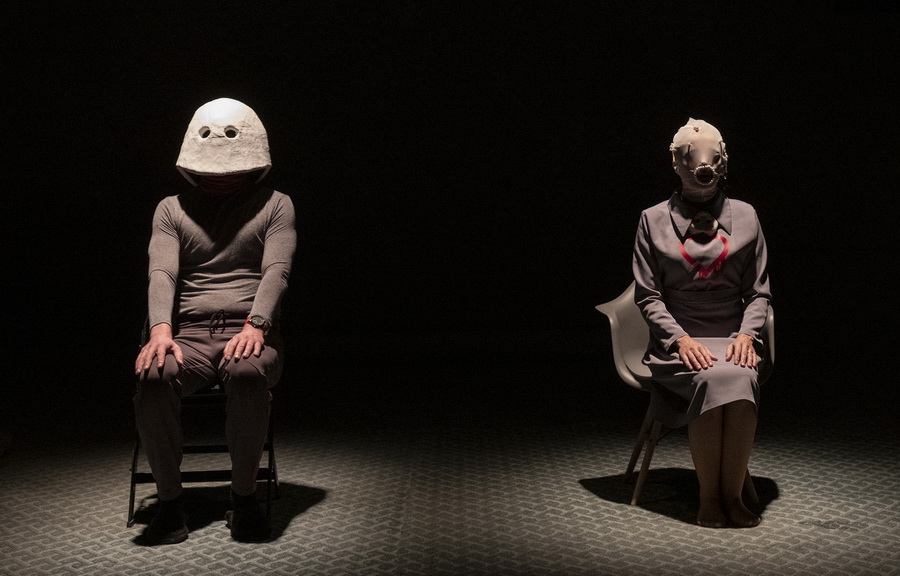 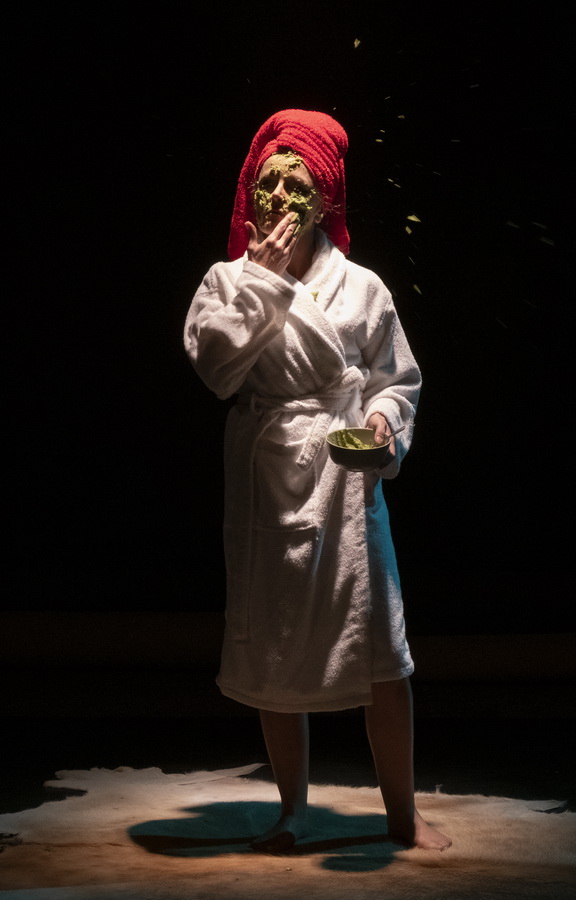 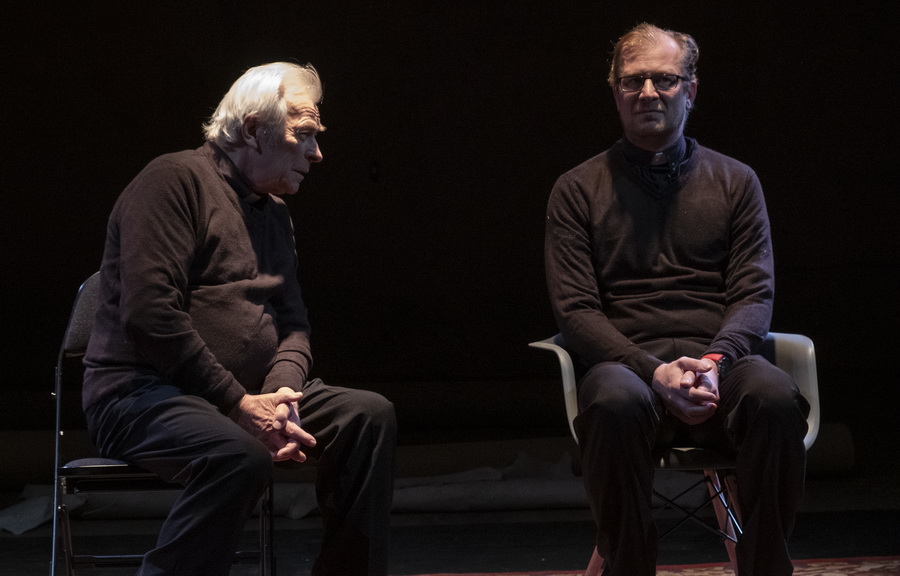 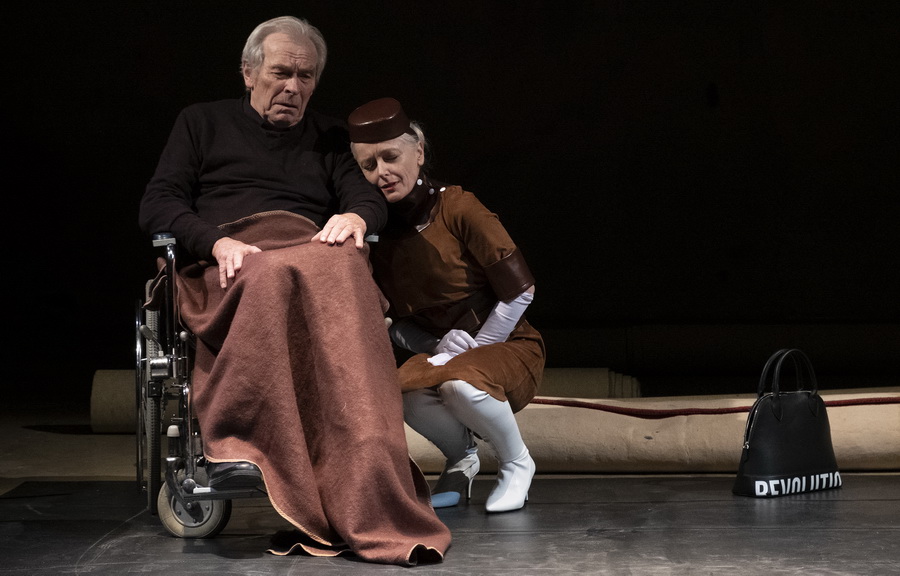