CRIES AND WHISPERS
Manipulation and intrigue in a blatantly led struggle of Libertine nobility – in the hedonist setting of a contemporary spa centre… Love affairs and dangerous games with interpersonal relationships with definitive consequences – adapted and directed by David Šiktanc. Last performance.
DISCUSSION follows 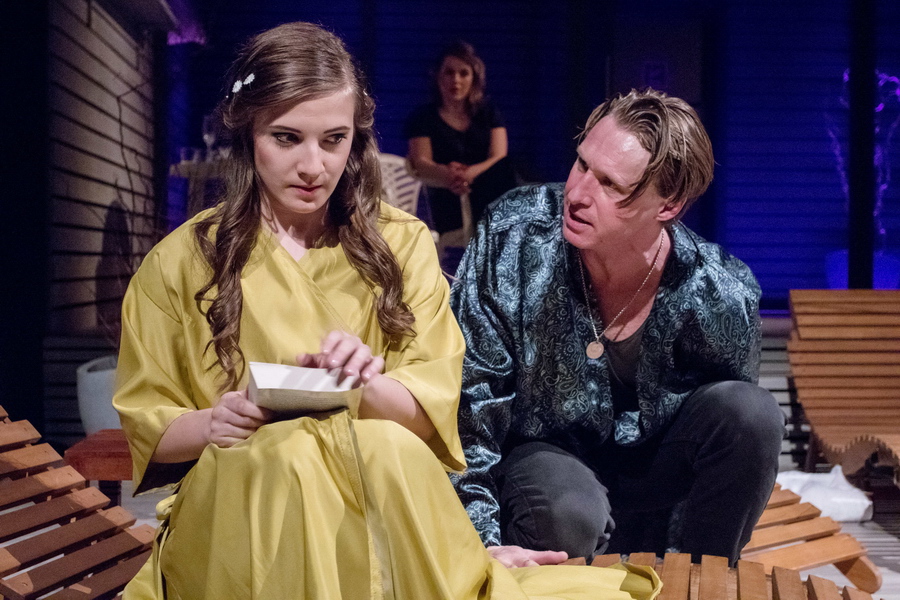 The epistolary novel Dangerous Liaisons caused quite a stir already at the time of its creation (published 1782) and enjoyed great popularity for its open criticism of morality in the higher ranks of society. The masterpiece known mainly thanks to two competitive film adaptations – the Oscar-winning film of the same name by Stephen Frears (1988) and an adaptation by the director Miloš Forman entitled Valmont (1989) – is revised and adapted for the theatre stage at Moravské Divadlo by director David Šiktanc. The master manipulators Vicomte de Valmont (Petr Kubes) and Marquise de Merteuil (Vladimíra Včelná) gamble with human feelings in the middle of a luxury spa centre. Their cynical combat of plots and schemes mainly affects, however, themselves. The production holds a dark mirror up to contemporary society which is – as in any other time – ruled by falsehood and hypocrisy.

“Šiktanc manages to build an interesting form where he interweaves the line of the personal struggle of both manipulators (making them step out of their roles in clear film-like cuts) with the path of a rather chronological plot describing the stories of the characters, their victims. (…) Dangerous Liaisons in Olomouc (…) led a rather general struggle between morality and perversion and primarily provides a formally refined piece, where emotions are often drowned in the desire for superficial perfection.”
PAVLA BERGMANNOVÁ, DIVADELNÍ NOVINY.CZ, 3 April 2018

David Šiktanc (1987) graduated from drama directing at DAMU Academy in 2010 with an ambitious project – a production of Brecht’s drama Jungle of Cities. He held the position of artistic director of the JK Tyl Theatre in Pilsen between 2013 and 2015. He worked as an in-house director at Činoherní studio in Ústí nad Labem last year and from the new season continues there as artistic director. He received the Mark Ravenhill Award for his debut production Hamlet Is Dead. No Gravity (2011). He then staged Homo Faber (2017), Pornography (2018) or Mr Kolpert (2019). He cooperated with the Západočeské divadlo in Cheb (Così; 2016), Východočeské divadlo in Pardubice (A Piece of Plastic; 2016), Komorní scéna Aréna Ostrava (Wild Duck; 2016) or with the PalmOFF Studio at Divadlo pod Palmovkou (Dotěrnosti; 2017). Dangerous Liaisons (2018) is his second direction at Moravské divadlo Olomouc – he made Marius von Mayenburg’s Stone as a guest director in 2016.

Moravské divadlo Olomouc (MDO) is situated in one of the oldest theatre buildings (opened in 1830) in the country. It consists of three artistic sections (opera/operetta, drama, and ballet). David Gerneš took the position of theatre director at the beginning of the 2018/19 season, from Pavel Hekela who led the theatre for five years. The new director has promised to bring new impulses to the theatre and get closer to younger audiences.
After the Velvet Revolution, various personalities have held the post of artistic director of the drama section such as Karel Nováček, Peter Gábor, Václav Klemens and Roman Groszmann – who faced the pitfalls of the abonnement system more or less successfully. Cooperation with Palacký University under the artistic direction of Ivan Balada resulted in the establishment of The Burning Giraffe Studio (1994–2003) associated with the name of the playwright David Drábek. With Michael Tarant as artistic director and Milan Šotek as dramaturge (2010–2016), the ensemble changed in terms of generational composition and became emancipated in repertoire – e. g. Glaser’s direction of Schimmelpfennig’s play Arabian Night was awarded the Josef Balvín Award in 2012. Since 2016, the drama section has been artistically directed by Roman Vencl, the author of several comedies popular with the audiences.
The opera and operetta ensemble is led by the conductor Miloslav Oswald who stages classic as well as innovative pieces – the Czech premiere of Zdeněk Pololáník's opera Night Full of Light (2013). The amazing Ullman opus The Fall of the Antichrist, adapted and directed by J.A. Pitínský, was awarded the Music Theatre of 2014/2015 by the Theatre Newspaper Award. The bass singer Jiří Přibyl received the Thalia Award for his performance of Falstaff in the opera of the same name directed by Andrea Hlinková in 2014. In 1996 the then director of the theatre Václav Kožušník initiated the birth of the Flora Theatre Festival. This project, which began as a regional festival of Moravian theatres, has gradually become one of the most prestigious Central-European festivals.
photo: Jan Procházka 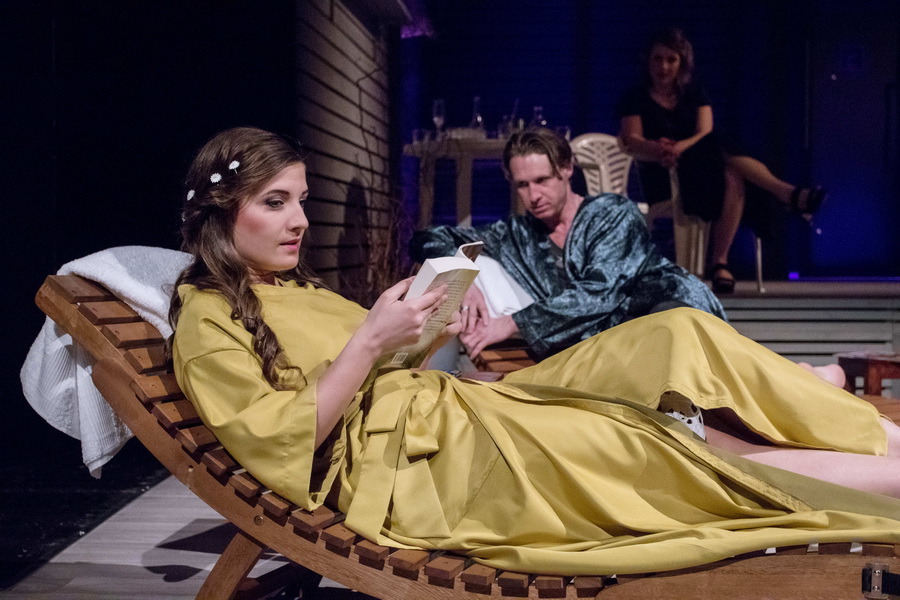 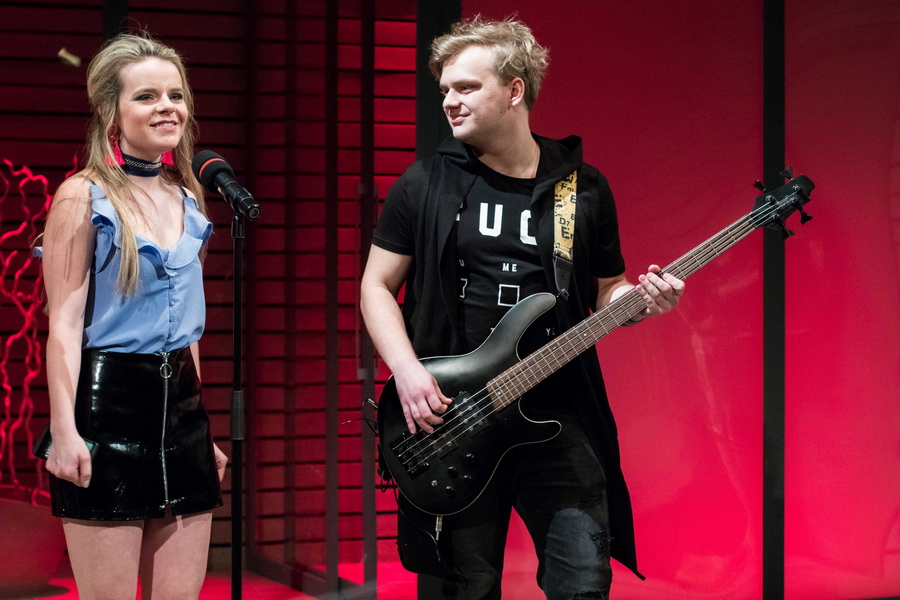 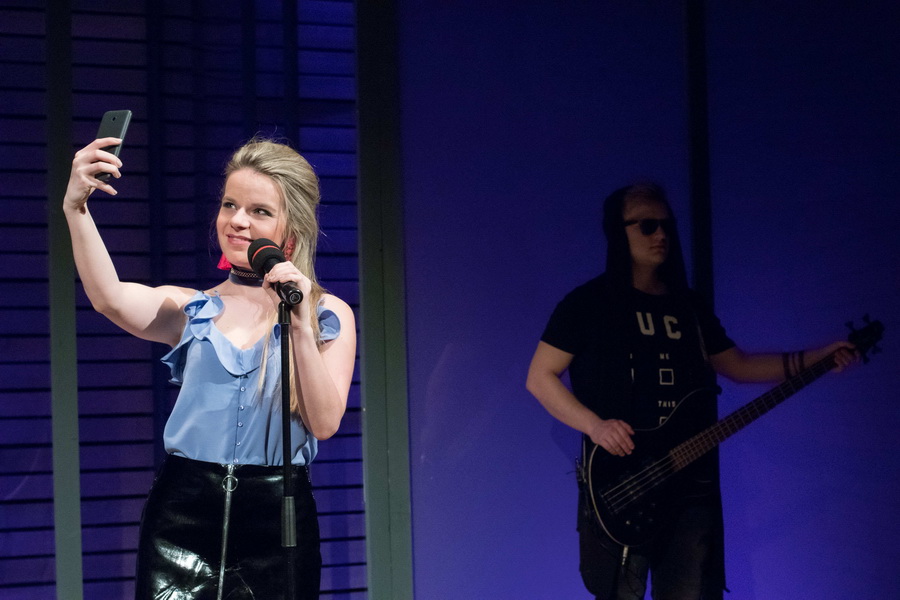 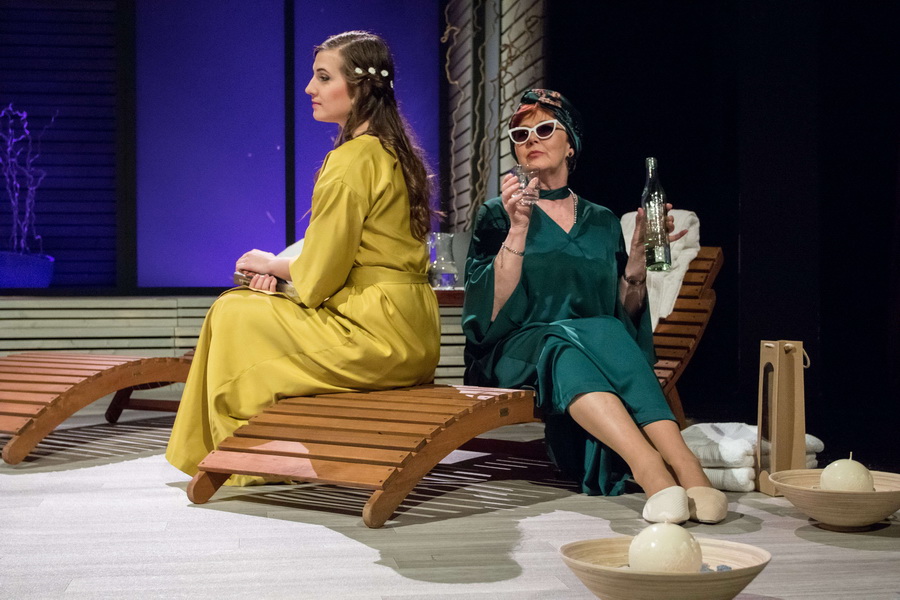 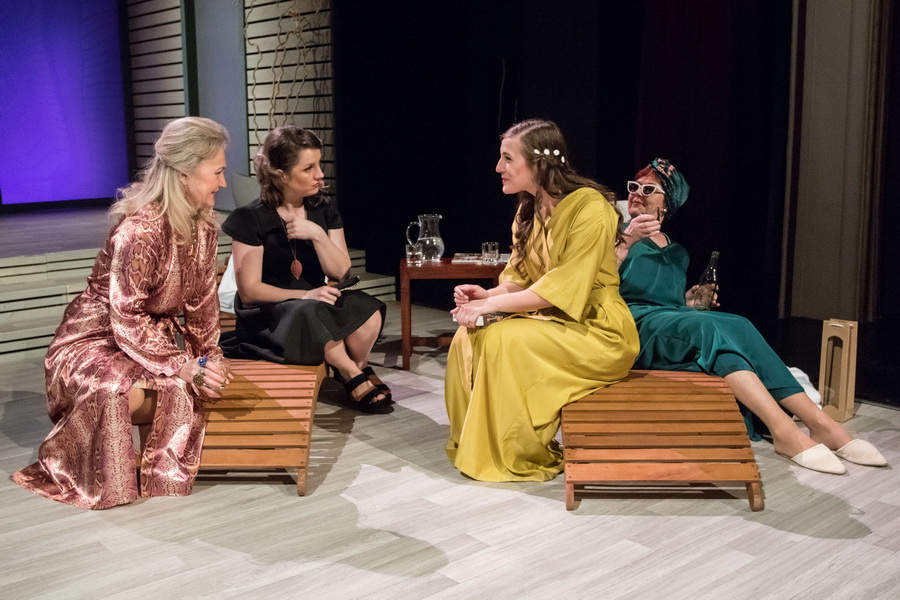 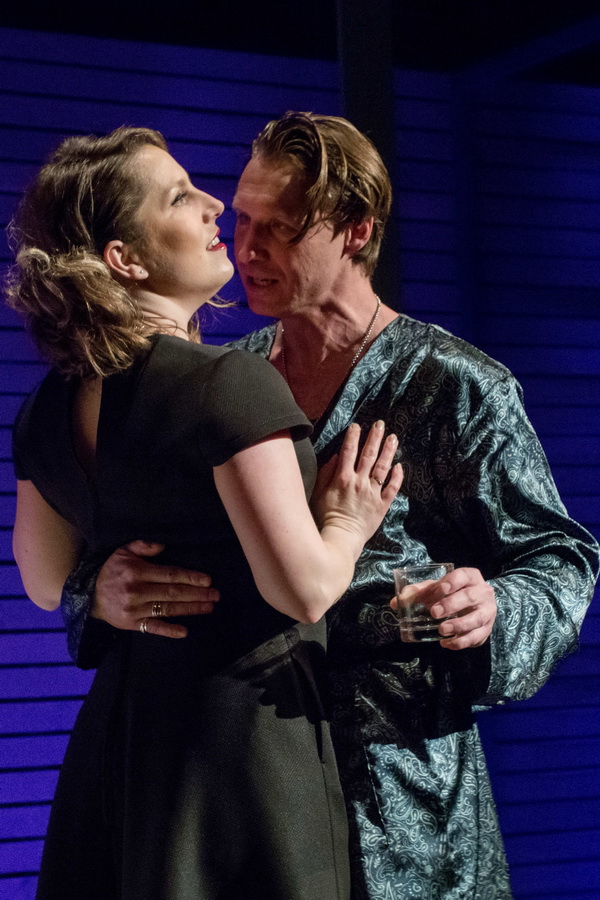 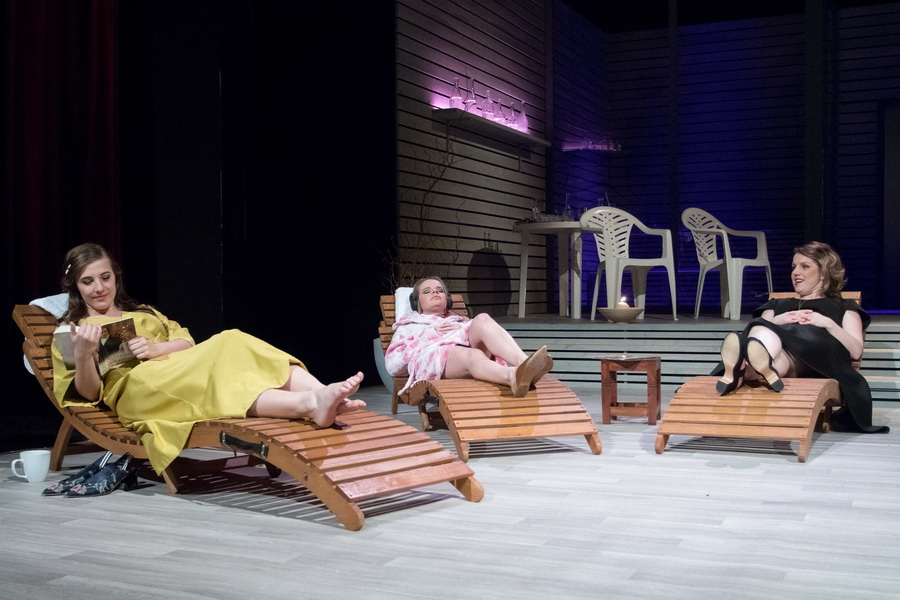 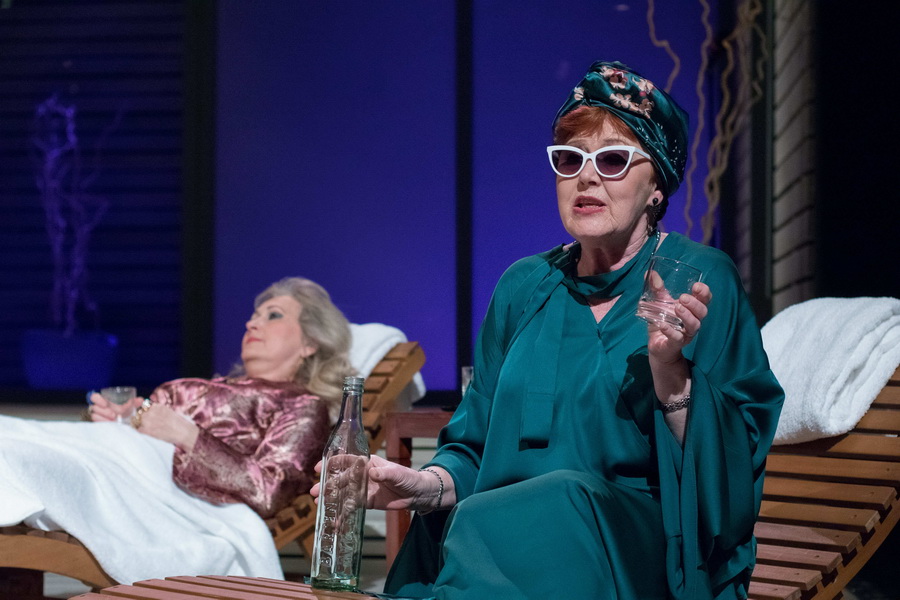 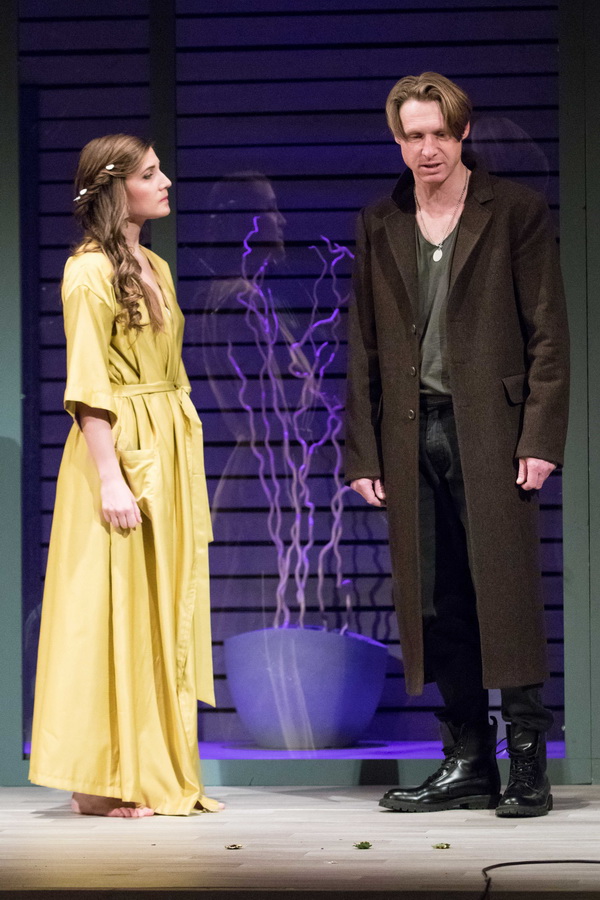 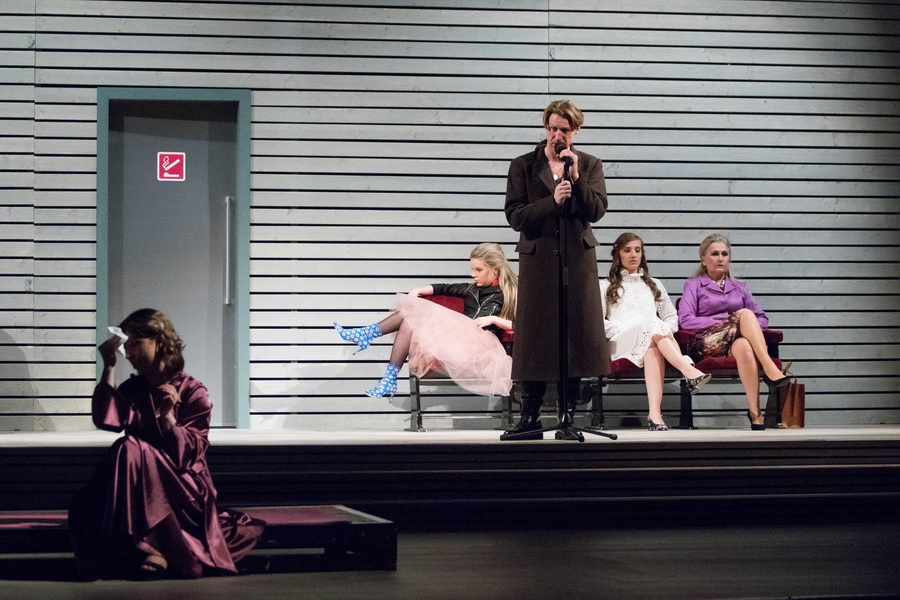 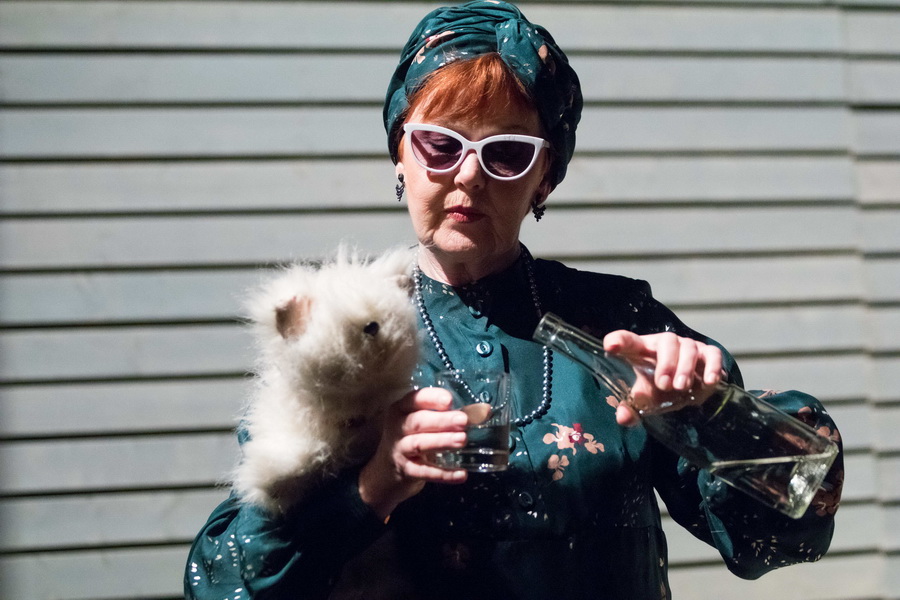