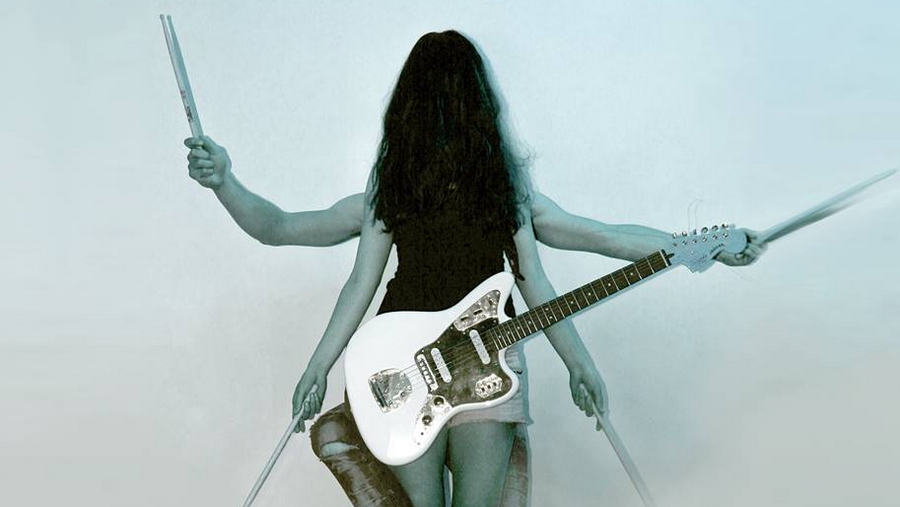 The art-punk formation Lo/ve was created in spring 2013, when Pavel met Markéta. The artist Pavel Ptáčník (guitar), an ex-member of the Ostrava-based Like She band, and the actress Markéta Dvořáková (percussion) set out on a tour of Brooklyn clubs soon after their first concert and the release of their EP entitled RAW/CUT. Under the label Vole Love, they are allied with bands such as I Love 69 Popgejů, Schwarzprior, Wolf Trap, which share their feature of rawness, simplicity and energy. Madly in Lo/ve.
“The layered effects of guitar with drums and stylised vocals create raw tracks with garage lo-fi sound. (…) The concerts of this band are riveting with their energy and entertain not only with the music but also with the way Markéta and Pavel communicate with each other during the performance.”
PETER GONDA, CZECH RADIO – RADIO WAVE
The unrestrained temperament of Markéta Dvořáková also seeps through the solo performance One night stand/up! about coming of age in the 1990s during the Yugoslavia war. More info about the production here.