CRIES AND WHISPERS
“Balkan war comedy” about growing up on Croatian beaches and on the streets of Belgrade during the troubled 1990s. Memories of Yugoslavia, Nike shoes, bombardment and moving to the Czech Republic. A funny yet disturbing one woman show, full of black and incorrect humour. A female view of director Lucie Ferenzová at the bloodstained conflict inspired by the journalist Vedrana Rudan’s work. 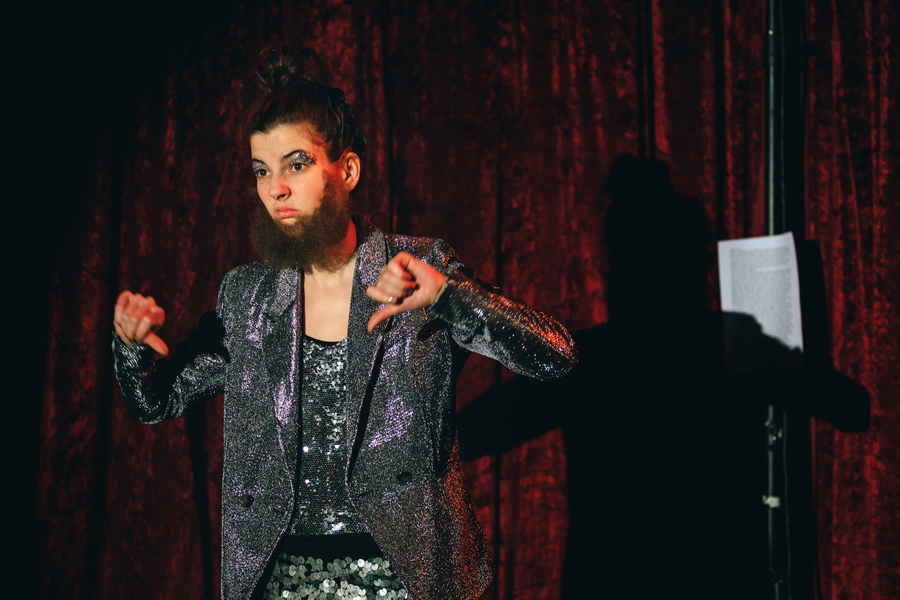 A “Balkan war comedy” about growing up on Croatian beaches and on the streets of Belgrade during the conflict in former Yugoslavia, is the autobiographical debut of the stage designer Andrijana Trpković. Her memories of the 1990s, Nike shoes, bombardment and moving to the Czech Republic confront the Czech and Balkan character through black and incorrect humour and also adds motifs of the journalist Vedrana Rudan’s novel Ear, Throat and Knife (Uho, grlo, nož) and essays by the writer Slavenka Drakulić. The director Lucie Ferenzová shrouds the “female view” of the bloodstained conflict into a funny and harrowing one woman show in a lively interpretation by the actress and musician Markéta Dvořáková. With a slight cynicism and sadness, coarse humour and female tenderness, melancholic and punk guitar songs, the creative team arrives at a bitter discovery that the mechanics of propaganda remain the same and are just as dangerous.

“The actress switches between characters, changes costume after costume: a silver sequin suit, a red dress with high heels, complemented by a denim jacket, fur coat, track pants, and even a moustache or a beard. She is great, keeping the pace up and skating along the line of cringe, without actually becoming cringeworthy.”
KATEŘINA KYKALOVÁ, DIVADELNÍ NOVINY.CZ, 21 January 2019

The Kolonie ensemble focuses on current social, political and cultural issues. They work on the borderlines of physical, music and drama theatre and are not afraid to experiment. They include modern technologies as part of the production dramaturgy. Apart from original productions, the ensemble also reflects through current optics the texts of Austrian Nobel Prize winner Elfriede Jelinek: the pop-culture Shadows (2014) and an allegorical study of old age The Pilgrim (2016) and met with success with their adaptation of Rage (2018). The group showed their performance Godt og ondt at the Flora Theatre Festival in 2016 (directorial cooperation Jan Kačena) focused on growing violence in society. The members of this ensemble are the all-round artists Jindřiška Křivánková, Anita Krausová, Jana Kozubková and Markéta Dvořáková, the stage designers Jana Hauskrechtová and Andrijana Trpković and of course the dramaturge and exclusive director Lucie Ferencová, whose theatre production (staged at Divadlo Na zábradlí in 2011) gave its name to this female ensemble.

Lucie Ferenzová (1981) was born in Most and studied Czech Studies at Charles University and dramaturgy and directing at DAMU academy. She cooperated with Divadlo Komedie and Divadlo Na zábradlí already during her studies, when she gave the artistic direction to the alternative space Eliadova knihovna and where she has appeared as a guest up until the present: she did dramaturgy for Velvet Havel (directed by Jan Frič) and Macbeth – Too Much Blood (directed by David Jařab), which won the Productions of 2014 and 2017. As a director of site-specific projects, staged readings and original adaptations of classics, she dominated the spaces of Multiprostor Louny, MeetFactory in Prague, Roxy/NOD and Divadlo X10. She founded the experimental ensemble Kolonie.

Andrijana Trpković, a stage and costume designer with Czecho-Serbian roots, often works alongside Ferenzová, not only at Kolonie but also at other scenes. She was born in Belgrade and divides her professional interest between theatre and film. During the Yugoslavia War in the 1990s, she moved to the Czech Republic where she graduated from textile design and theatre stage design at DAMU academy. She has worked in the German theatre context since her studies, e.g. Volkstheater, Vienna, Schauspielhaus Zurich (also as assistant to Dušan D. Pařízek and Kamila Polívková) or at Theater Neumarkt in Zurich. The Slovak director Tereza Nvotová asked her to cooperate on her feature film debut Filthy (2017; Film Critics’ Award for the Best Film), and their next cooperation project Svetlonoc is currently being prepared.
The autobiographical show One night stand/up! is her original debut, with her (anti)heroine brought to life by the actress and musician Markéta Dvořáková (1986). She studied aesthetics and theatre studies at Charles University and then graduated from acting led by Miroslav Krobot at the Department of Alternative and Puppet Theatre at DAMU academy, where she now continues in the PhD programme focusing on work with specific groups – mainly people with mental challenges (Divadlo vzhůru nohama). She also cooperates with the drama-therapeutic Theatre of the Oppressed (sdružení Divadelta). She appears as a guest at Divadlo X10 in Strašnice, MeetFactory, Venuše ve Švehlovce (Lachende Bestien ensemble), at Žižkovské divadlo (Aqualung) or at Minor theatre. She founded the art-punk band Lo/ve with her husband in 2013, where she sings and plays percussion. They will perform at the festival as well, more info here.
photo: Kryštof Kalina 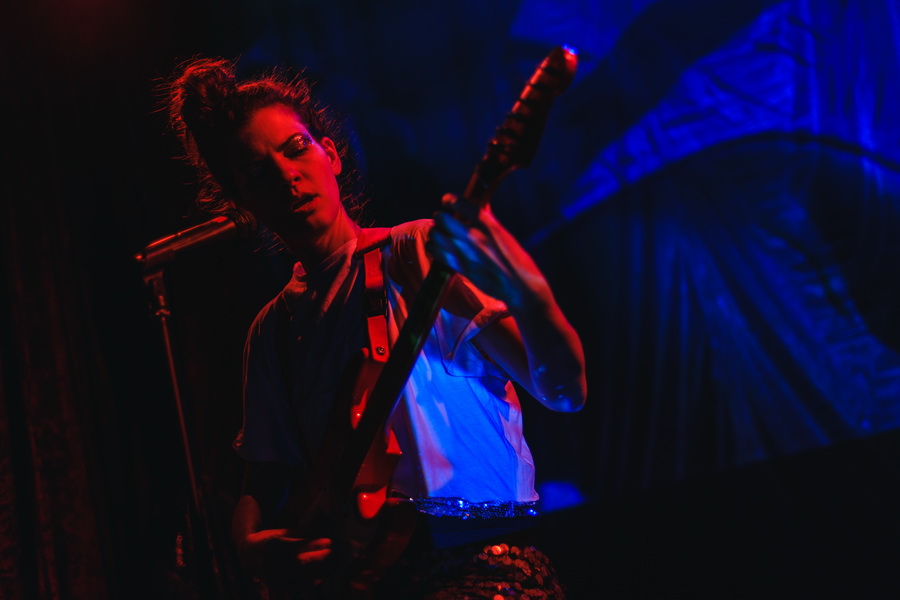 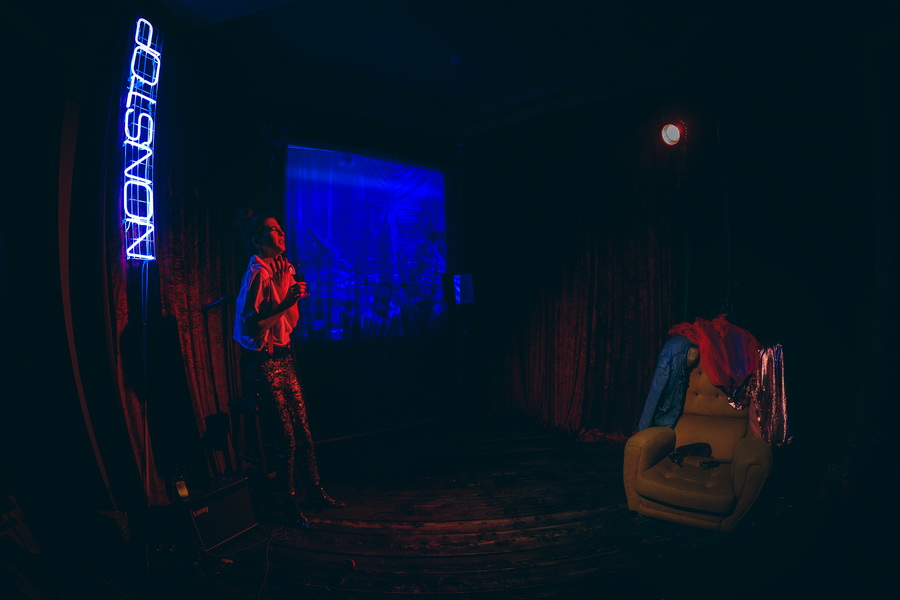 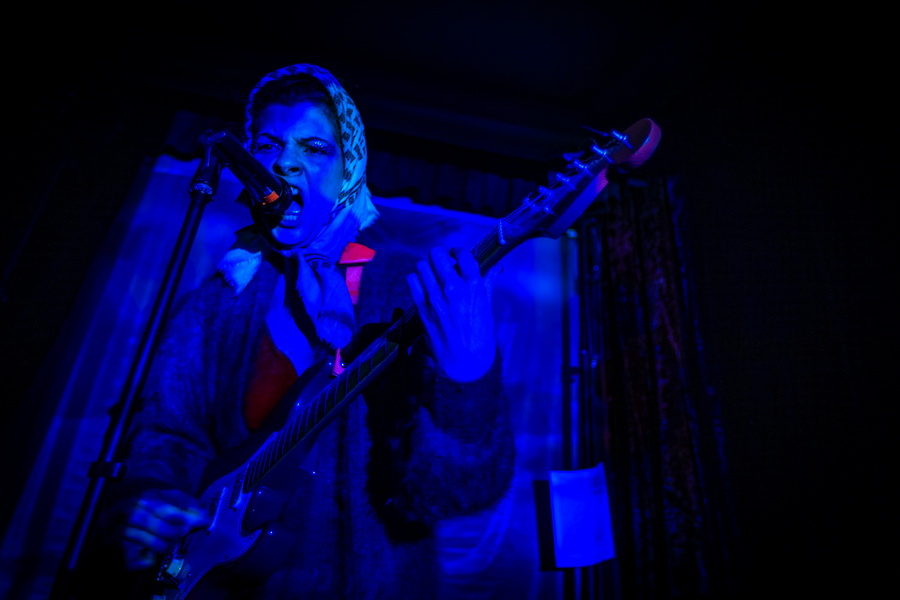 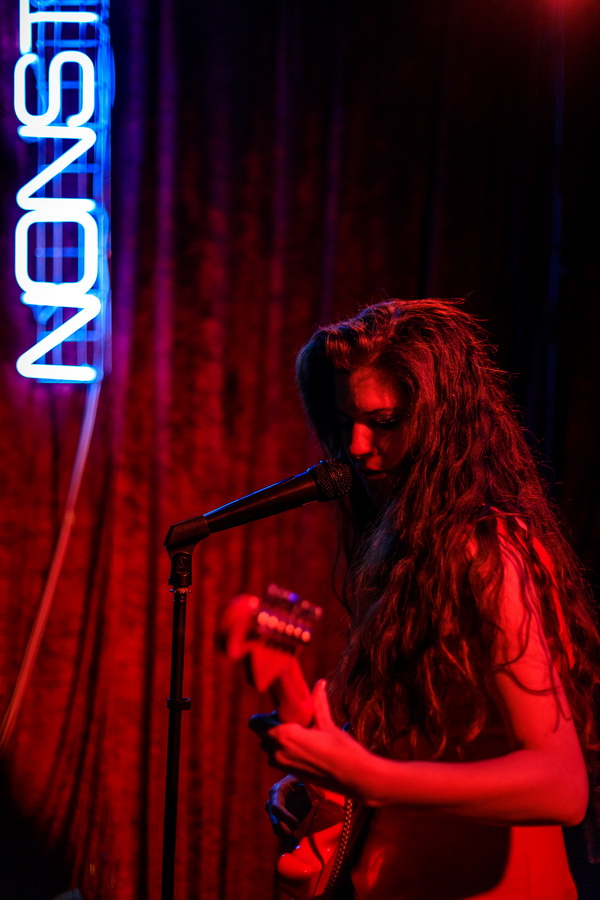 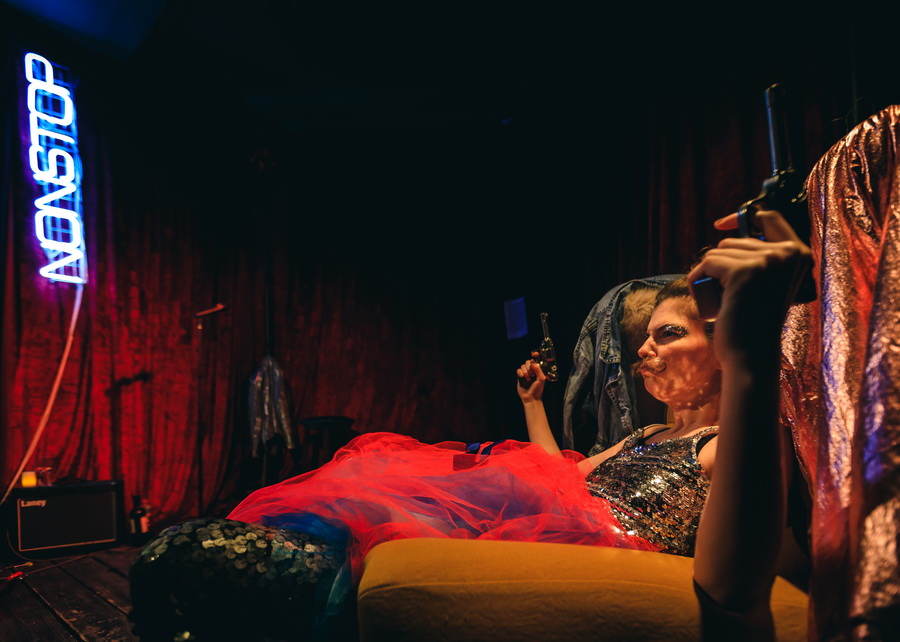 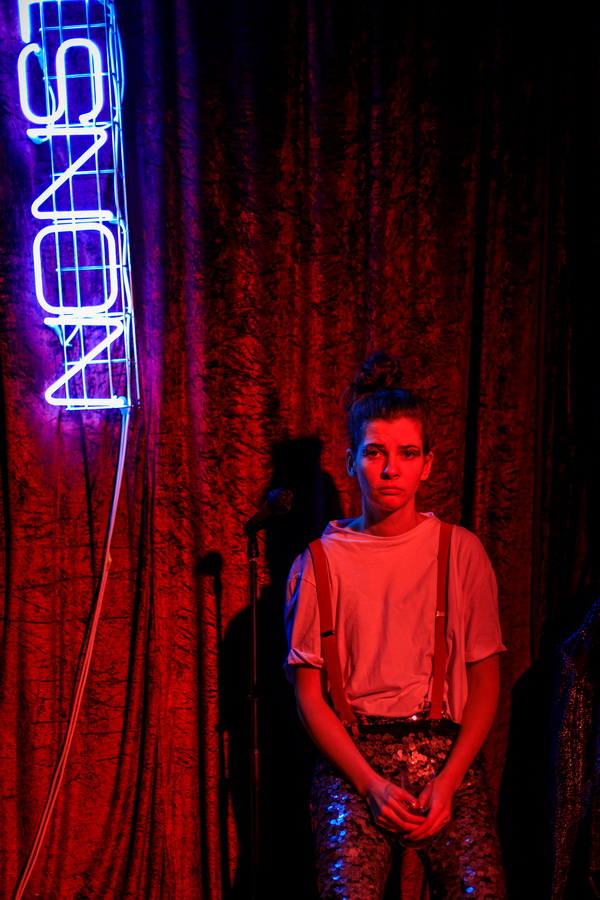