A reflection upon an evil which should not be forgotten.
free entry 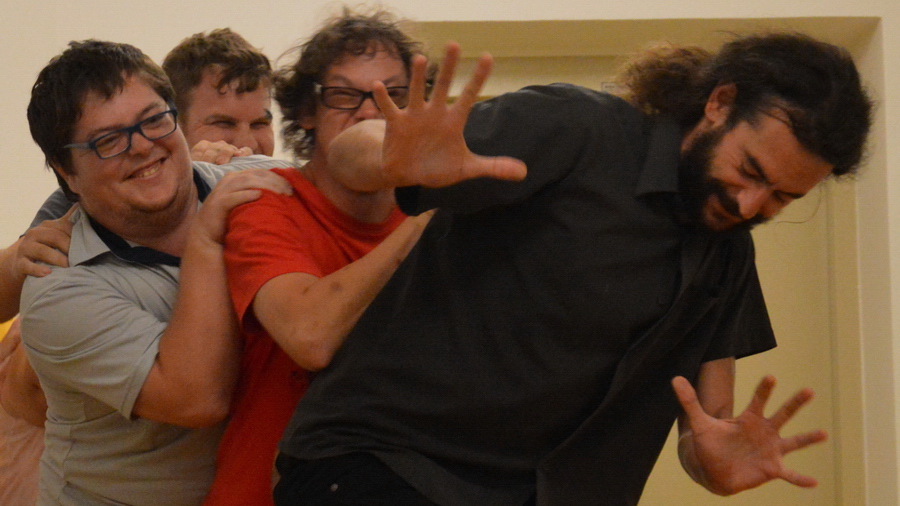 Divadlo LOPOTA theatre has been operating under the daycare centre DC 90 in Topolany near Olomouc. They focus on original work, for example, Home is Home (2015) Andělských křídel šumění (both 2016), and Mr. Myself, Nice to Meet Me (2017), as well as dramatizations of literary texts. This is the case with their new piece: The Wall or Growing up behind the Iron Curtain. It is based on the graphic novel by Petr Sís and Divadlo LOPOTA commemorates the 30 year anniversary of the Velvet Revolution, the fall of one Wall, and shows that new Walls are being built not only at geographical borders but also in our minds.