CRIES AND WHISPERS
A fragile retrospective look at an ingenious poet, graphic artist and rural “outsider by choice” combining word, images and music. The testimony of a dialogue of spirit with God inspired by visits to the farmstead in Reynek’s Petrkov and a friendship with his sons Daniel and Jiří – directed by Jan Nebeský. 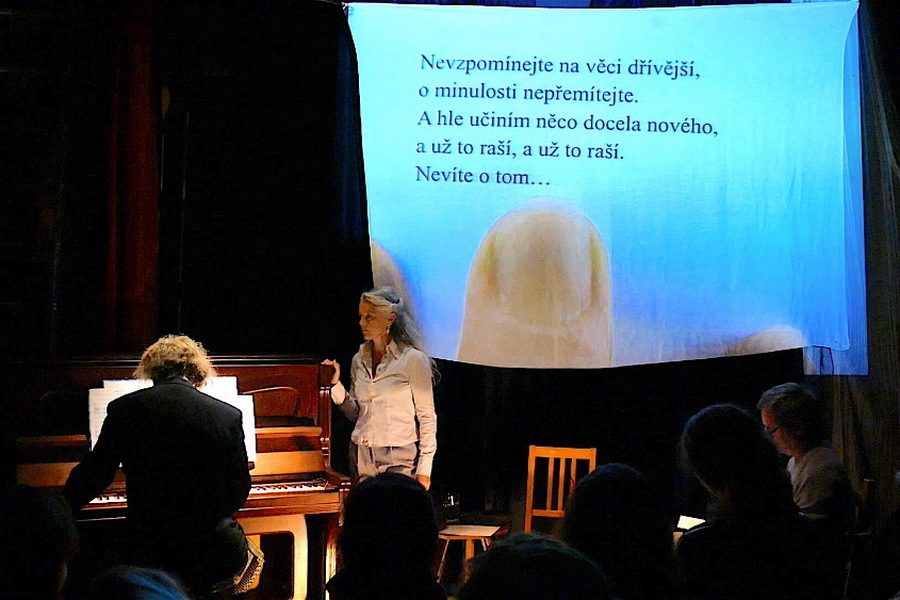 A theatre production created out of the sheer pleasure of pure friendship with the poet’s sons Jiří and Daniel. Encounter with the poems and graphics of Bohuslav Reynek accompanied by piano by Martin Dohnal and the photography of Bohdan Holomíček. A visit to Petrkov.
For the creative duo Trmíková–Nebeský, it is already the second visit to Petrkov  providing testimony about the dialogue of spirit with God who is sometimes unbearably far away yet dreadfully close at other times… It is a testimony about a humble genius, a modest man bearing his cross as well as a loving father. After the music-dance variation on the theme of quixotism NoD Quijote (2010), inspired by Reynek’s graphics, the creative team comes up with a poetic performance combining word, music and image. “Petrkov is a place where we meet with warm open arms the two sons of the great poet and graphic artist. A place where we were gifted with friendship, unembarrassed openness, casualness and humour,” describe the creative team.

The charismatic actress and respected screenwriter Lucie Trmíková (1969) – the face of this year’s Flora – studied acting at DAMU Academy. As a member of the Činoherní klub (1991–1996), she worked with the directors Ladislav Smoček, Ivo Krobot or Jan Nebeský, who became her partner not only in the creative process but also in life. Her stay with Divadlo Komedie (1996–2001) was successful – she was awarded the Radok Award for the role of Terezka in a production of the same name by Lenka Lagronová in 1997. She was further nominated for the Theatre Critics’ Award for her portrayal of the female protagonists of Ibsen’s plays in Nebeský’s direction at Divadlo v Dlouhé: Rita (Little Eyolf, 2013) and Hedda (Hedda Gabler, 2016); this was a continuation of Ibsen’s line – she starred already as Frida (John Gabriel Borkman, 1995) and Hilda (The Master Builder, 1999; both at Divadlo Komedie).

As a screenwriter, Trmíková has created an array of theatre and TV scripts and also cooperates with radio. She performs in most of the adaptations of her texts, at present under the scope of the Jedl ensemble. Her theatre production includes spiritual themes (Reynek, Čep, Mother Teresa), philosophical texts (Simone Weil), world classics (Dante, T. S. Eliot, Shakespeare) as well as works by lesser known authors (Gert Hofmann, Else Lasker-Schüller). Her interest in the theme, deep reading experience and at the same time ironic distance creates a congenial combination with Nebeský’s directorial style. The theatre critic Josef Mlejnek describes their creations as leading towards “metaphysical theatre which shows behind what is visible while always requiring great physical engagement”.

The creative tandem Lucie Trmíková (author, screenwriter, dramaturge, actress) – Jan Nebeský (director, stage designer) together with David Prachař (actor and director) have formed for over a decade an unmistakable, renowned theatre brand which only received its name in 2011 – Divadelní spolek Jedl (an abbreviation of their names Jenda, David, Lucie). They bring original personal testimonies on stage which often interweave art styles and genres. Based on screenplays by Lucie Trmíková and directed by Jan Nebeský, the Jedl has so far created Inferno – Variation on Dante (2014), Dvojí domov/Z Čepa (2015), Miluji tě jak po smrti (2016), Reynek / Words and Images from Petrkov (2017) or the loose trilogy Medea, The Waste Land and Private Confessions (all 2018). The “holy trinity” of artists regularly cooperates with the musicians Pavel Fajt, Jan Šikl and Martin Dohnal, the counter tenor Jan Mikušek and the 420PEOPLE dance company.

Jan Nebeský (1954) is a remarkable director with a unique stage vision not only in the context of Czech theatre. He graduated from directing at DAMU Academy in Prague. His productions of H. Ibsen rank among his most significant: Ghosts (1988), John Gabriel Borkman (1995), The Master Builder (1999) or the awarded Wild Duck staged at Divadlo v Dlouhé (2005), where he later also produced Little Eyolf (2013) and Hedda Gabler (2016). Jan Nebeský discovered the Austrian writer E. Jandl for Czech theatre when he staged The Humanists at Divadlo Komedie (2007) or the play Out of Estrangement at Divadlo Na zábradlí, which was awarded the Alfred Radok Award in 2004.
Apart from his productions Out of Estrangement and Little Eyolf, the Flora Theatre Festival hosted an original trilogy by the creative team Nebeský–Prachař–Fajt in 1999, 2009 and 2011, which focused on major literary figures confronted with serious art topics: Hamlet Part II, Incomplete Dream based on F. Pessoy and finally NoD Quijote inspired by B. Reynek’s graphics. He continues in this tradition with the Jedl group. He also works as a guest director at other large theatres; his Nora at Divadlo pod Palmovkou received the Theatre Newspaper Award and Thalia Award for Tereza Dočkalová in the main role. His production The Thief’s Journal received 3 awards at the 2017 Theatre Critics’ Award as the Production of the Year, Best Music for the composer Martin Dohnal and Best Male Performance for Miloslav König who also received the Theatre Newspaper Award for the Performance of the 2016/17 season. Both awarded productions were featured at last year’s Flora.
The music composer Martin Dohnal (1959) studied composition under the legendary professor Alois Piňos (graduated in 1994). He co-founded the Ochotnický kroužek in Brno and was a member of HaDivadlo theatre from 1985 to 1997. He performed as an actor at Husa na provázku as well as Městské divadlo Brno, and was also impressive in many TV programmes. He has worked as the dramaturge of the National Theatre Brno since 2002.
This former dissident and head of the “rokocko” band Pro pocit jistoty is now a teacher at the Janáček Academy of Music and Performing Arts as well as a respected author of symphonic and chamber compositions. He is also the acclaimed author of stage music: two time laureate of the Alfred Radok Award 1996 in Talent of the Year and Production of the Year category for Jób oratorio at HaDivadlo for which Dohnal composed the music.
He created the music for several Nebeský productions such as The Master Builder, Miriam, JE SUiS, and The Thief’s Journal for which he was awarded the Theatre Critics’ Award for Best Music in 2017. 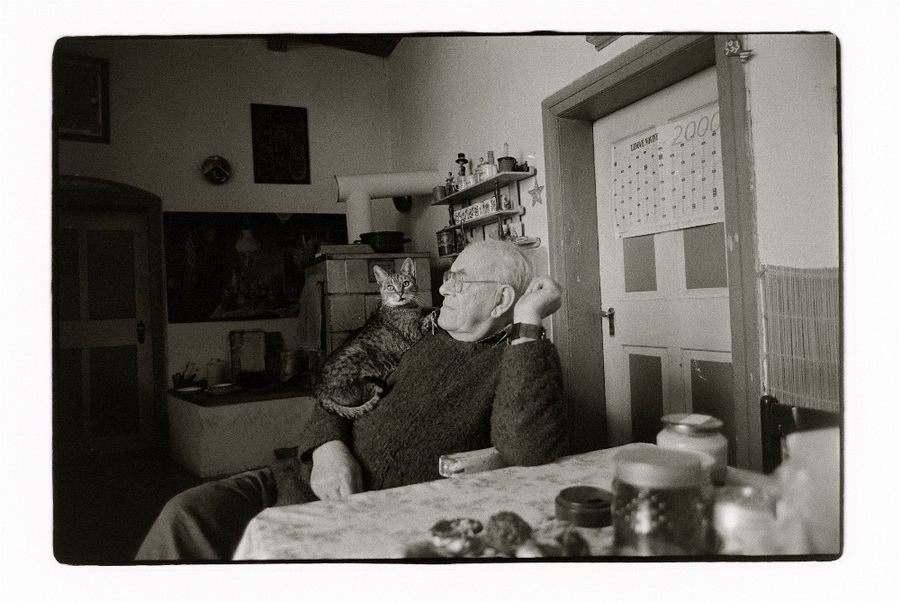 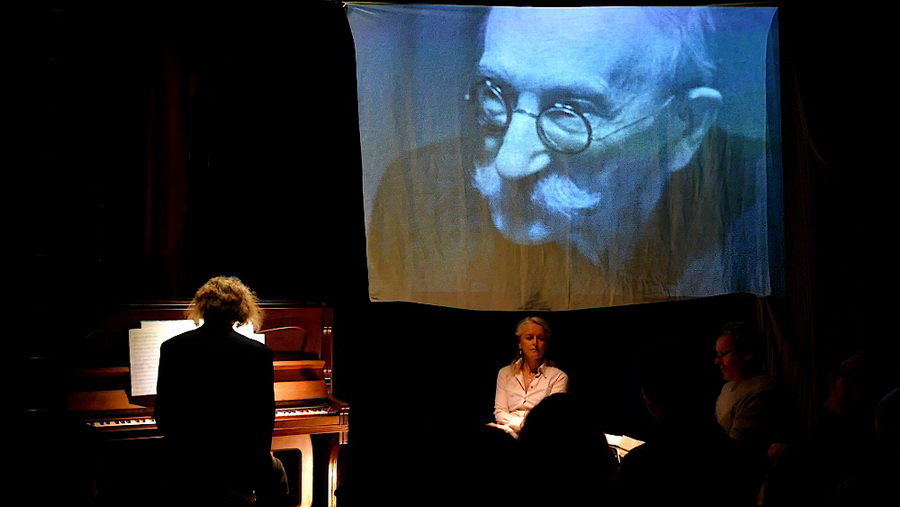 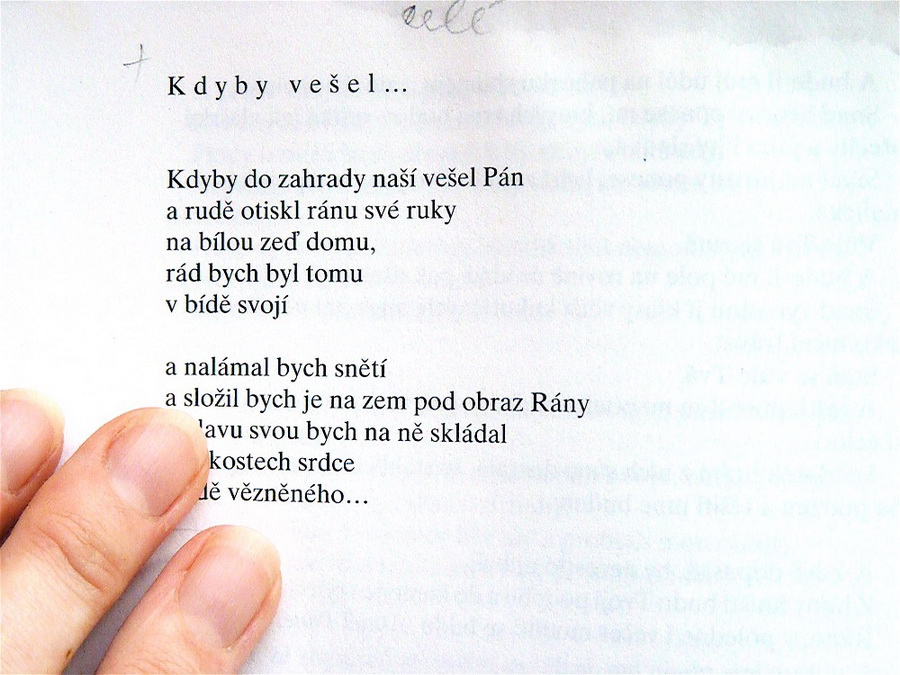 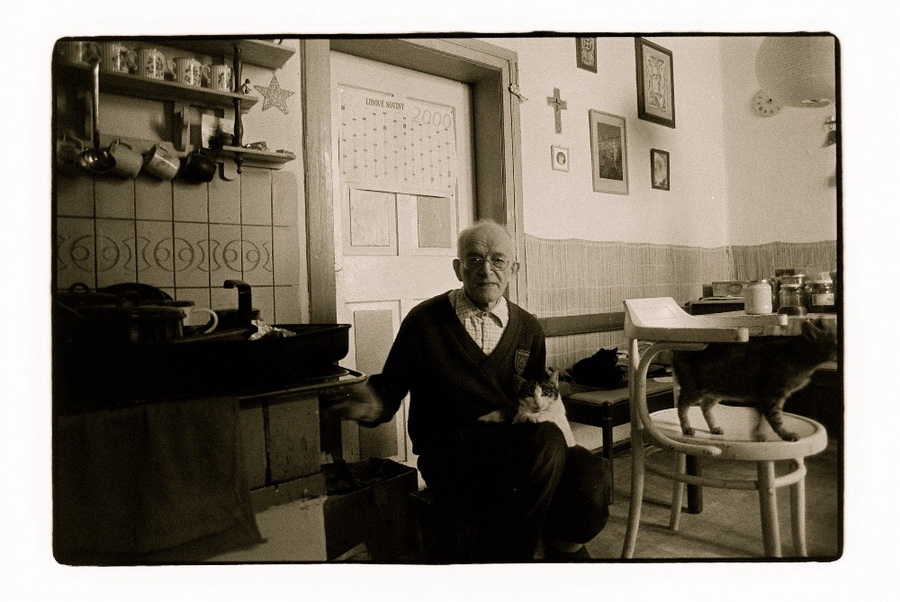 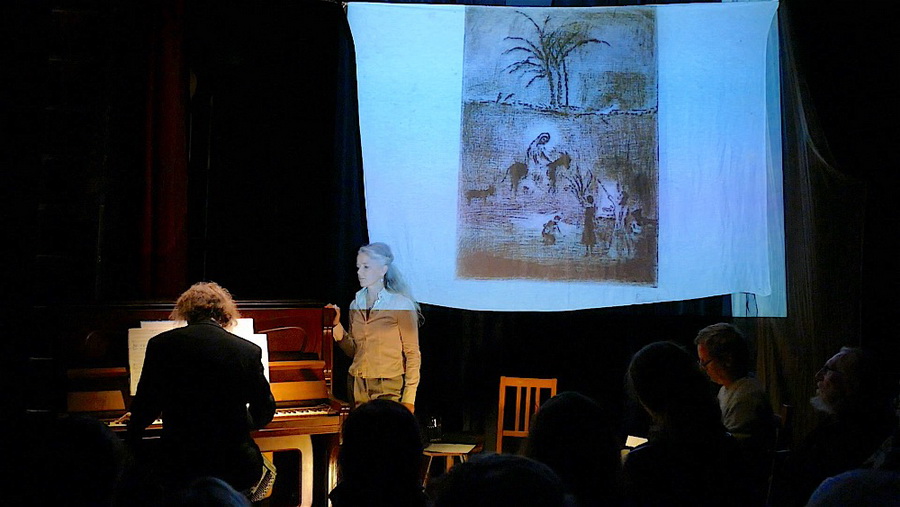 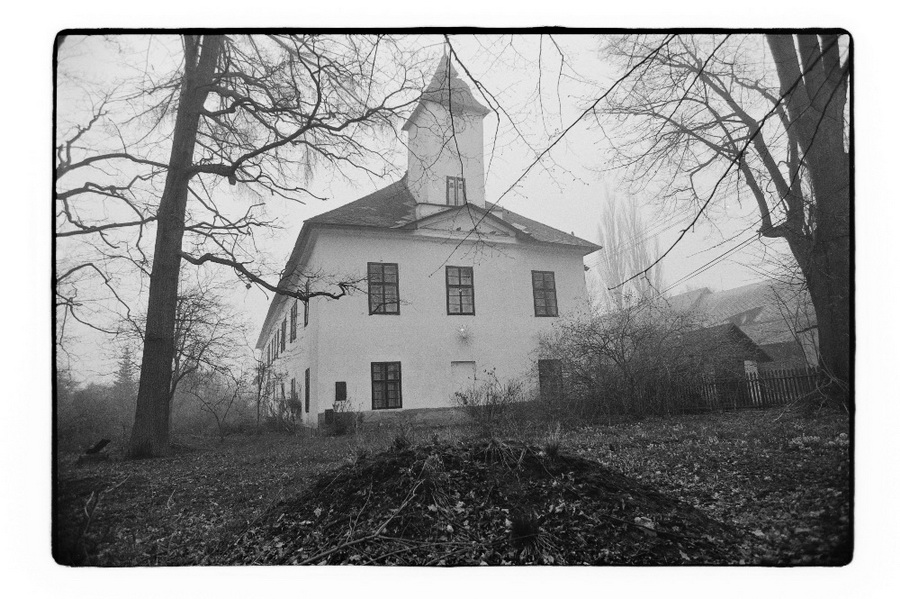 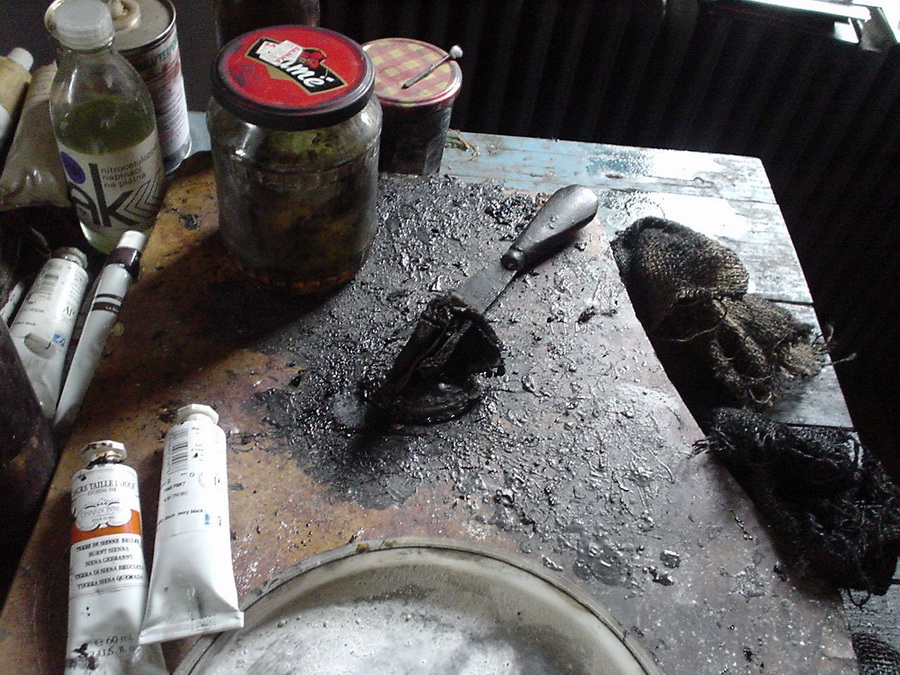 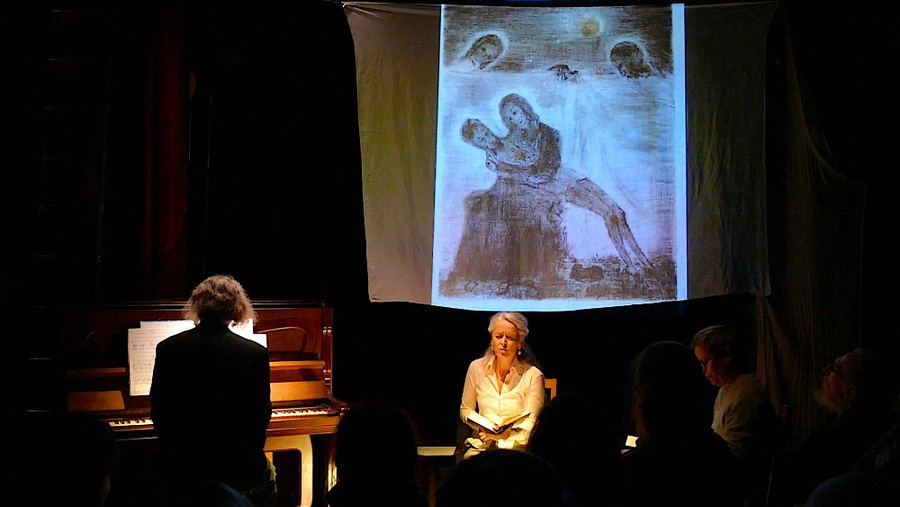 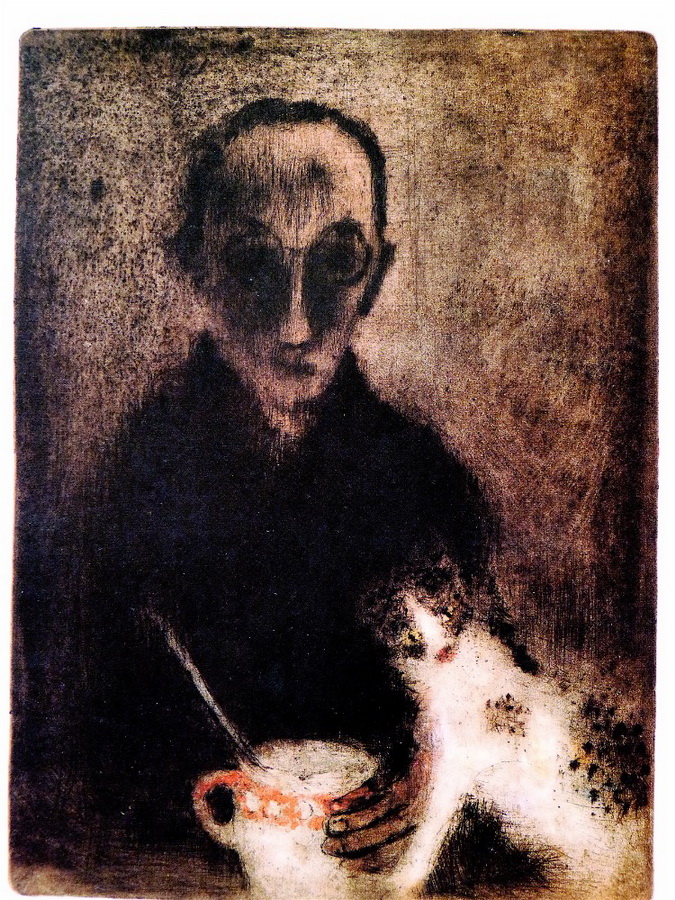 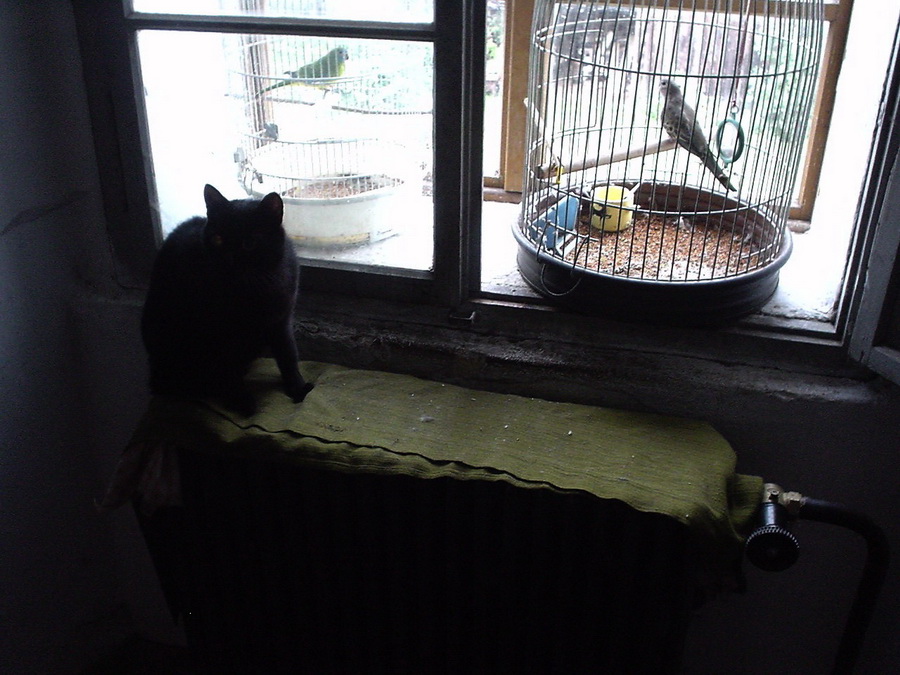