CRIES AND WHISPERS
With “Nordic profoundness” and tested by fate, the tenants of an unspecified flat find themselves in an existential tangle of disturbing, gloomy as well as tragicomic stories. A take on the key films and peculiar poetics of the film world legend – in theatrically condensed dramas directed by Jan Mikulášek. 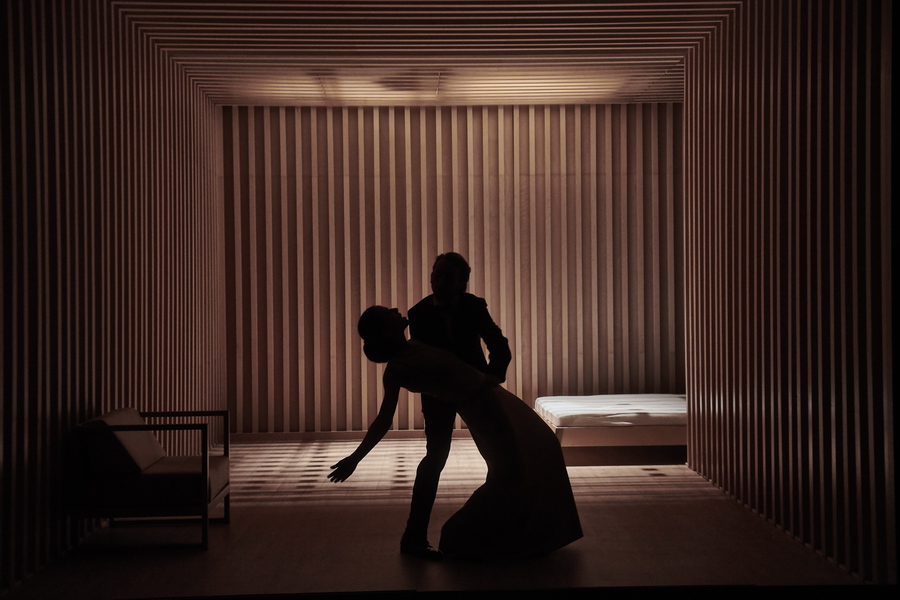 “The founding fathers (of our theatre) – Ivan Vyskočil and Jiří Suchý – introduced themselves with the playful music show If a Thousand Clarinets, while at present the director Jan Mikulášek is dragging the prolapsed spiritual guts of Bergman’s characters across the stage. One could not come up with a more cruel image of how the world changed,” comments the critic Richard Erml on the daring dramaturgy of a piece created to celebrate the 60 anniversary of the Divadlo Na zábradlí theatre. The director Jan Mikulášek concentrates the vast film oeuvre of Ingmar Bergman in to several intimate dramas. The key characters of the legendary films The Seventh Seal, Scenes from a Marriage, Autumn Sonata, Hour of the Wolf and Persona meet in them to play a decisive game of relationships. The cold Scandinavian interior witnesses unsettling, raw as well as tragicomic stories and turns them into a claustrophobic purgatory. We see another distinctive and original testimony backed by brilliant acting performances on the scale of minimalist whispers to expressive cries demonstrating the great coordination and connectedness of the ensemble as well as the sense for smart repertoire choices.
“Under the neat surface of an almost three hour long production, we see the unsettling grimace of familiar trauma and anxiety. The extent of mutual cruelty among close people is staggering. Mikulášek breaks Bergman’s dark chords into humorous tones which often bring relief. (…)”
MARIE RESLOVÁ, AKTUALNĚ.CZ, 9 December 2018
“The present ensemble of Divadlo Na zábradlí is able to breathe stage life into the merciless, burn-out and inhuman world of Mikulášek. With their remarkable skills and astonishing technique, they keep the audience on the edge of their chair, ready, almost in awe. It is as if a visitor to Prada, Madrid, finds himself in a hall with the huge paintings of Goya’s Ghosts.”
RICHARD ERML, REFLEX, 51–52/2018
After unfinished studies of directing at the Janáček Academy of Music and Performing Arts in Brno, Jan Mikulášek (1978) became the artistic director of the children's theatre Polárka in Brno, and later the Petr Bezruč Theatre in Ostrava (2005–2007) where he produced various extraordinary pieces (Three Sisters, Wild at Heart). He began working as a freelance artist in 2007, but continued to work with the company as a guest director (Eugene Onegin, 1984, The Wild Duck, Wuthering Heights). He also worked with the National Moravian-Silesian Theatre in Ostrava (Queen Margot, Gottland) or with Husa na provázku theatre (Hamlet). Among his most celebrated works, mention should be made of the productions at Reduta Theatre in Brno entitled The Elementary Particles, The Correspondence V+W, Europeana and Golden Sixties. In 2013, when the artistic director of the Reduta theatre in Brno took over direction of Divadlo Na zábradlí, Mikulášek became the main director and created pieces such as Grey Seventies (2013), The Stranger and Hedonists (2014), Doctor Zhivago and Hamlets (2015), Obsession (2016), AnderSen (2017) and Woodcutters (2018). He produced The Cremator (2016) and Marysha (2017) at the National Theatre.
Mikulášek's directions have won critical and audience acclaim, chiefly thanks to highly stylized acting, grotesque overstatement, and excellent work with visual and musical elements. His directorial style is distinct for its play with context and thematic associations, displaying inspiration in the world of cinema and film narration. Apart from directing, he also composes stage music and teaches at the Theatre Faculty of the Academy of Performing Arts in Prague.
The work of Jan Mikulášek has been systematically featured at the Flora Theatre Festival. There was also a program section including five of his newest productions in 2012.
Divadlo Na zábradlí celebrated its 60th anniversary last year. Soon after it was established in 1958, it became a seedbed of Czech Theatre of the Absurd thanks to the director Jan Grossman and the dramatist Václav Havel. Several film directors of the Czech New Wave found a home there since they were not allowed to produce films during the normalization era (e.g. Jiří Menzel, Jaromil Jireš, and primarily Evald Schorm). The period of director Petr Lébl began in 1993, however, after his tragic death, David Czesany became the artistic director in 1999, followed by the dramatist and director Jiří Pokorný in 2003.
As of the 2013/2014 season, the management of the theatre was assumed by the former artistic director of the Reduta Theatre – Petr Štědroň, who also brought with him the dramaturge Dora Viceníková, the director Jan Mikulášek, and the stage designer Marek Cpin. They reopened several productions from Brno in Prague (Europeana, Bourgeoisie, and Cabaret Kafka) and continue in their journey with original productions (Hedonists, Obsession, Hamlets,Velvet Havel), adaptation of non-dramatic texts – be it letters (Correspondence V+W), diaries (Golden Sixties) or novels (The Stranger), the only exception being the staging of Bernhard’s drama Woodcutters awarded the Theatre Newspaper Award in 2018. Directors such as Jiří Havelka, Jan Frič, Anna Petrželková Davidová, Miloš Orson Štědroň or David Jařab who became the second in-house director of the theatre, cooperate with the scene. The theatre has always been highly esteemed in the Czech Republic as well as abroad. It triumphed at the Theatre Critics' Awards in 2014 where the production Velvet Havel scored in all eight categories.
Divadlo Na zábradlí has been a regular guest at the Flora Theatre Festival. All the above mentioned productions were featured at the festival in the past. 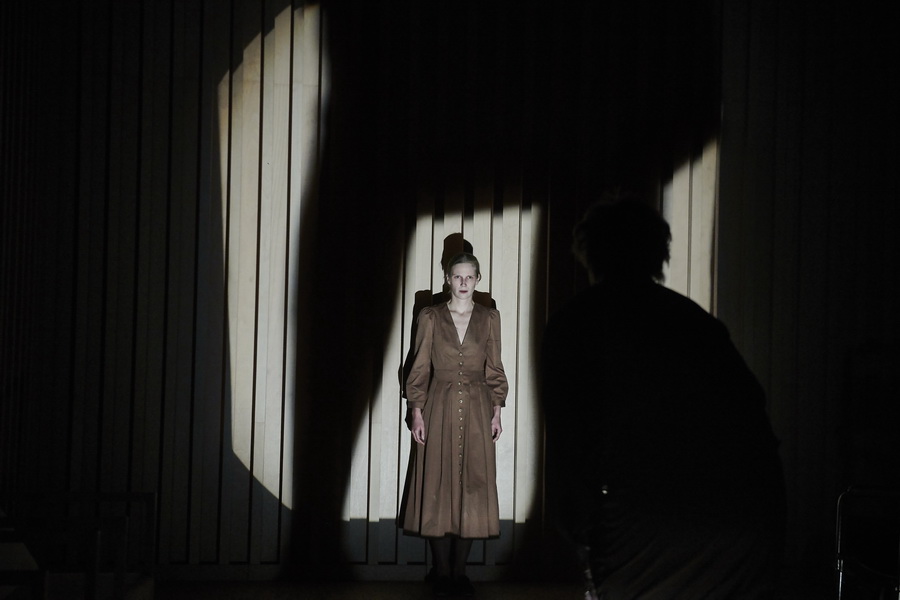 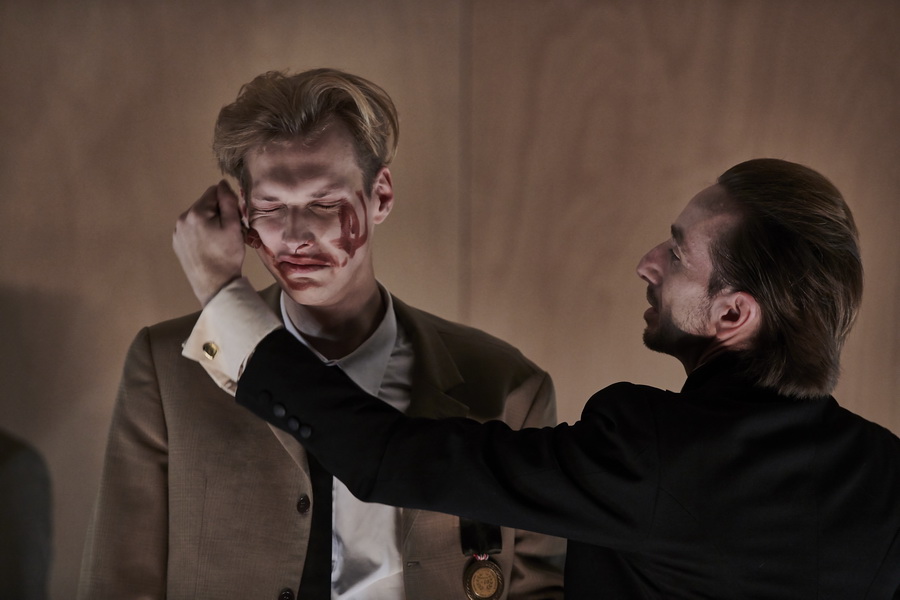 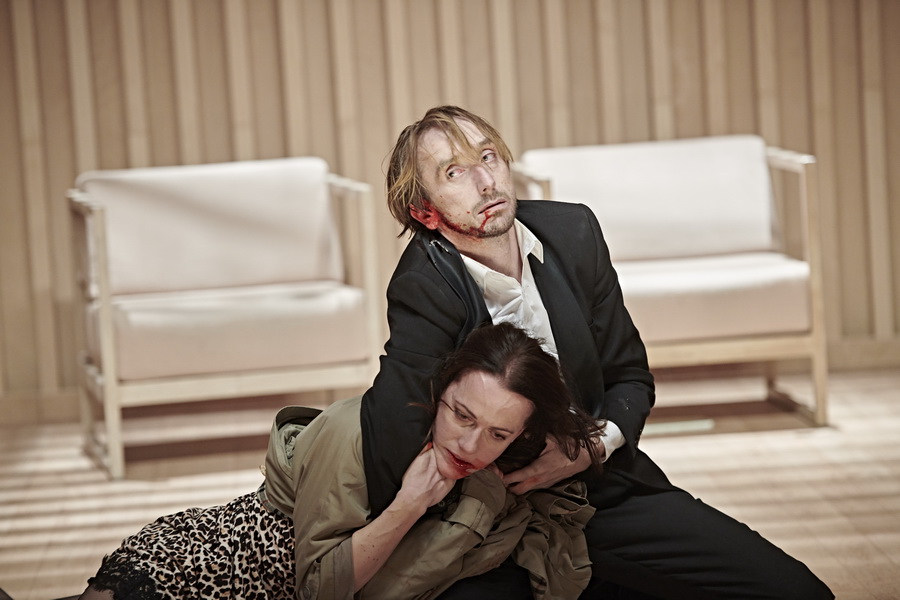 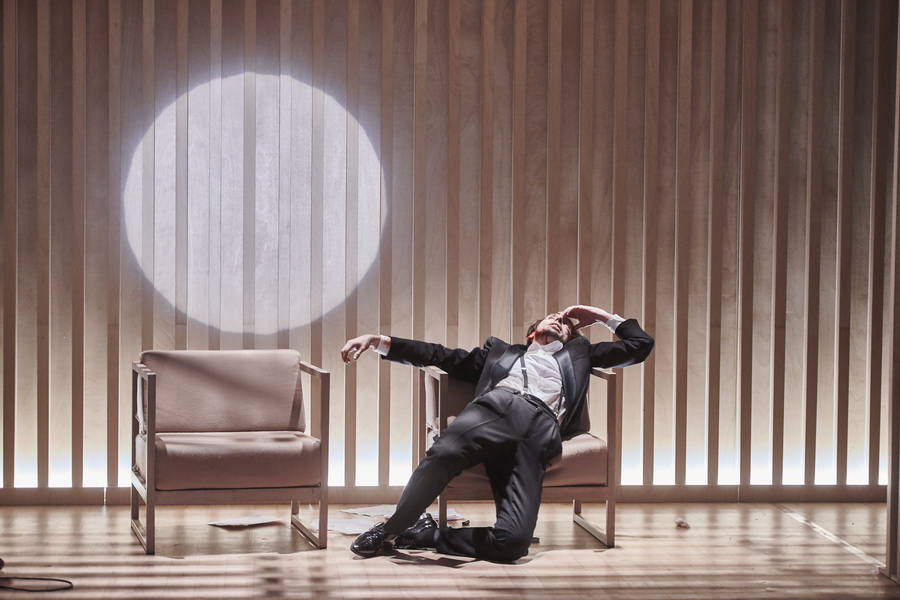 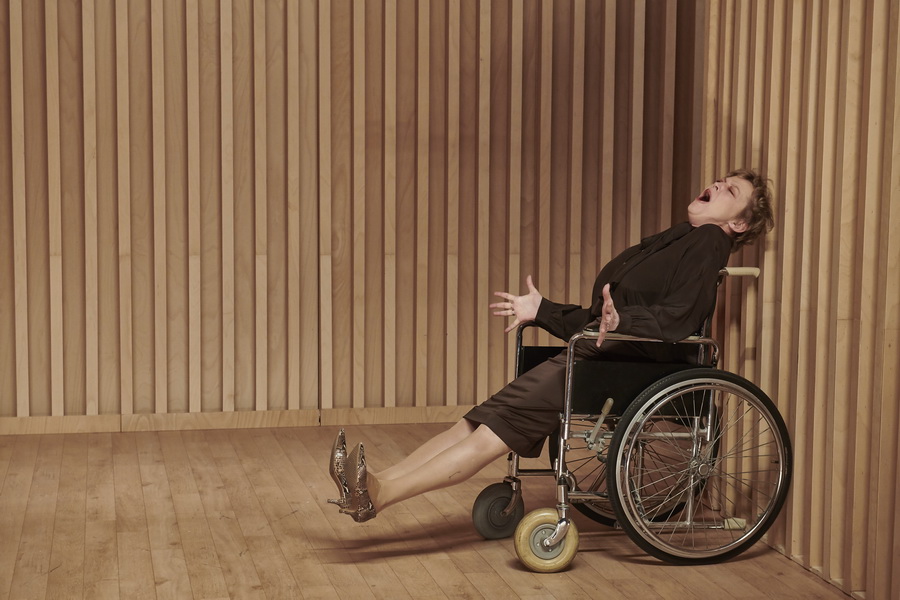 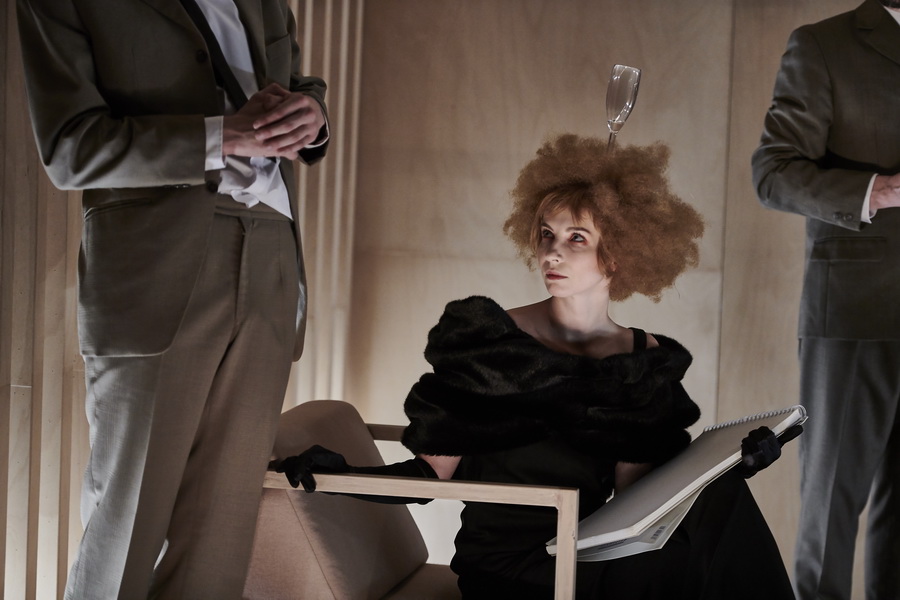 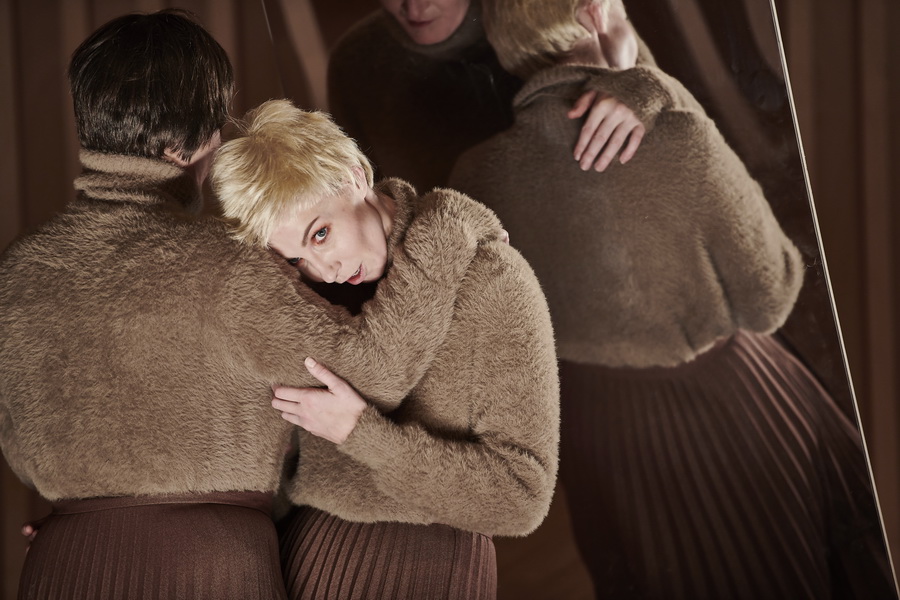 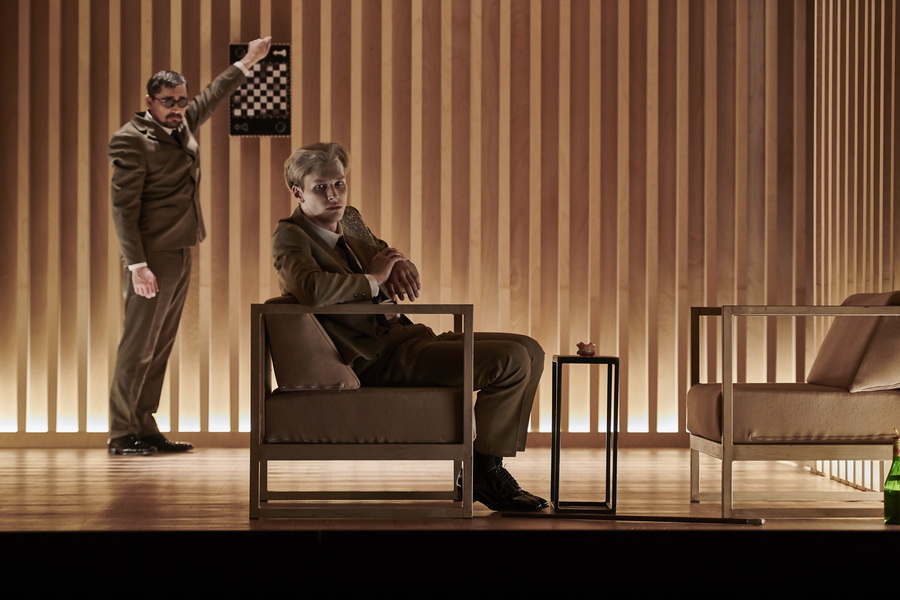 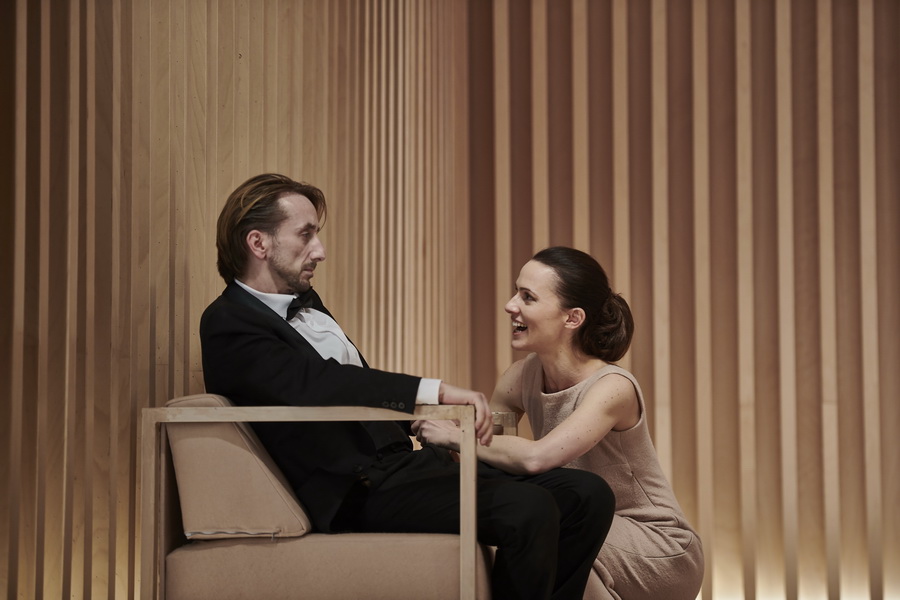 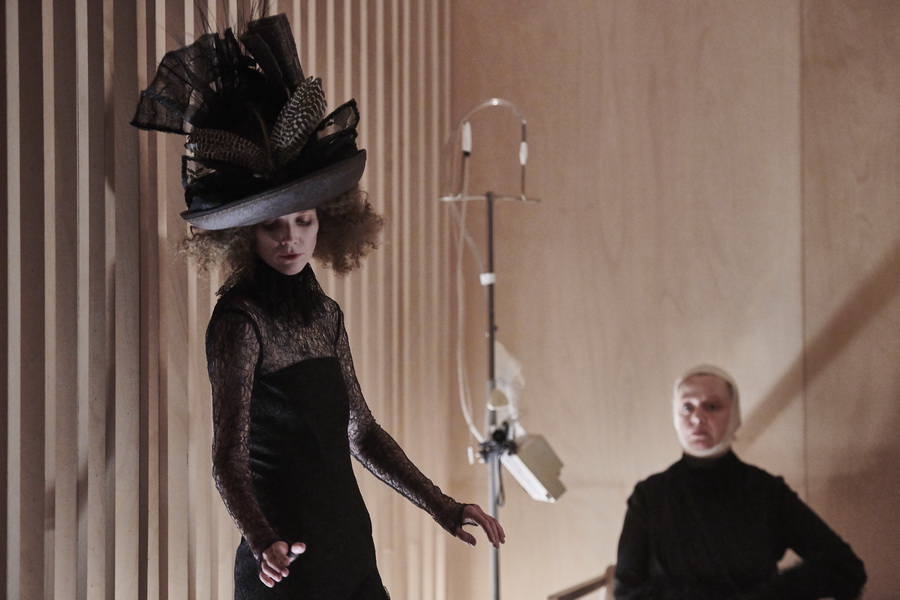 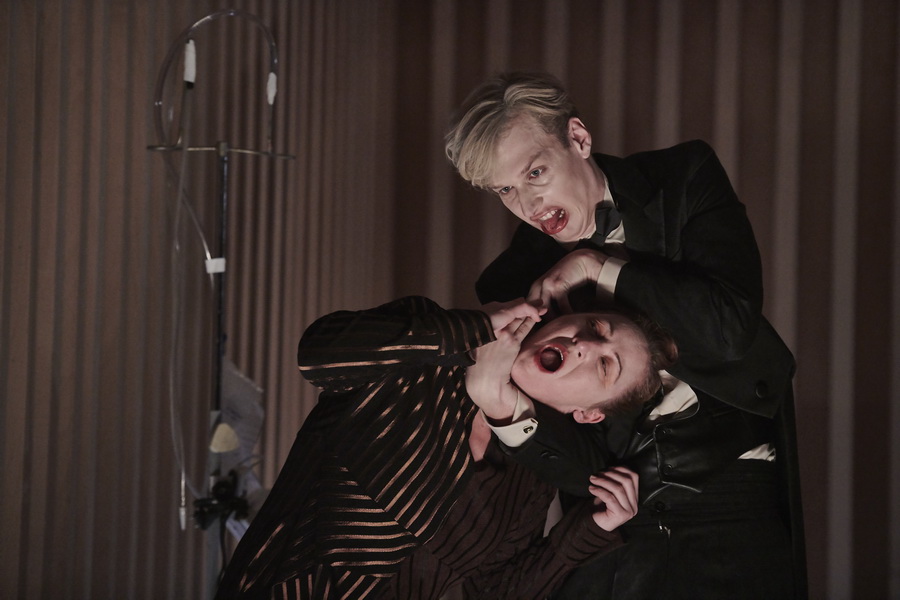