“Visionary production”, “sophisticated miracle”, “noir drama” – these words of praise we sung by the theatre critics over the directorial debut by Ivan Buraj at the National Theatre which returns to the Flora Theatre Festival after ten years. The production skilfully uses cameras to film the actor’s action and contributes to the intensive experience for the audience. 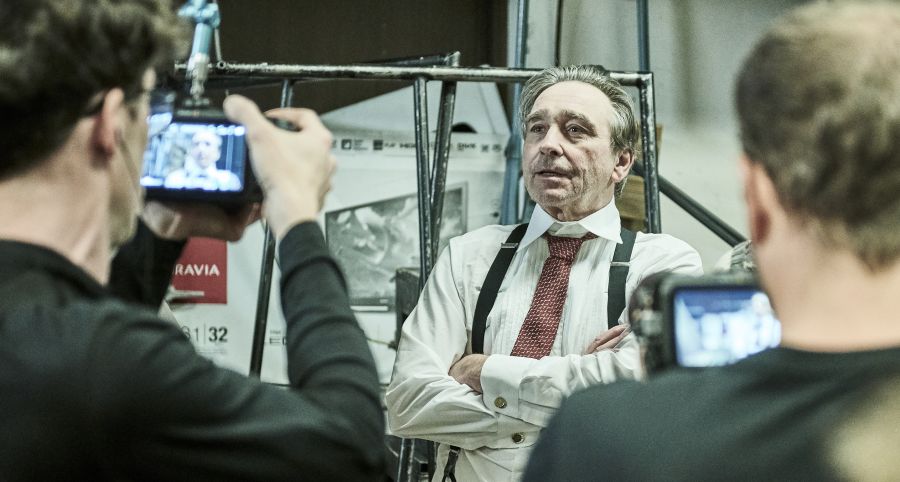 Philosophical thriller Cosmos, the last novel by one of the most important authors of the twentieth century is a story at the imaginary end of history, when the old order with faith in God is no longer valid but a new one has not yet been created. Witold Gombrowicz is considered a forerunner of existentialism, his world is grotesquely distorted and full of absurd humour.

This adventurous, noir-tinged journey to the dark side of the mind has been scripted and directed by Ivan Buraj with the contribution of Jan Kačena. Their dramatization is based on a parallel depiction of the disintegration which both the outer world of an abandoned boarding house and the inner world of the protagonist Witold are going through in the novel. The creators included scenes shot live on camera in the production to better portray the dialogue Witold leads with himself in his head. We can watch the action on stage and on screen at the same time.

Buraj has already applied the live cinema method in his successful interpretation of Ibsen’s drama Eyolf which also attracted attention with its inventive concept at the 2018 Flora Theatre Festival. The model of live recording and transmission of the visuals in real time as a fully-fledged part of the stage action, so-called live cinema was already present at the festival multiple times. For example in Jan Mikulášek’s Love and Money (Divadlo v Dlouhé) and Doctor Faust (Divadlo Husa na provázku) or the 9 dní vzhůru / 9 tage wach production directed by Sebastian Klink from Staatsschauspiel Dresden in 2019. 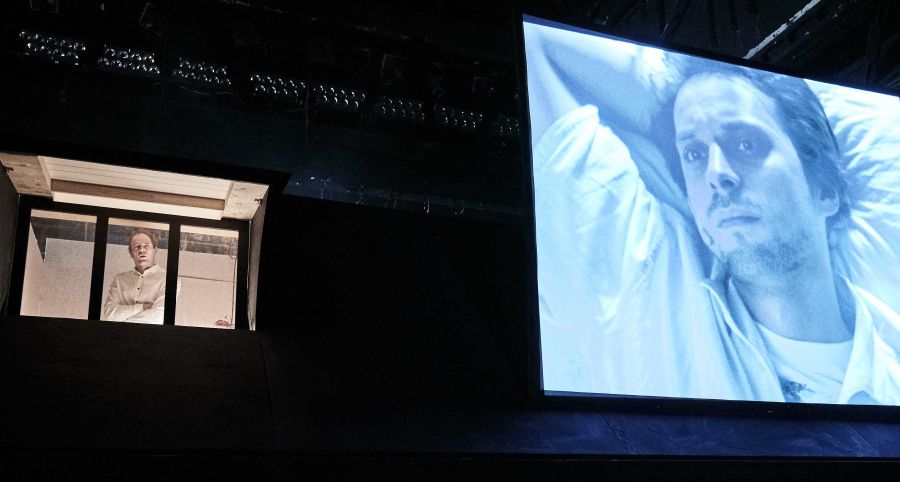 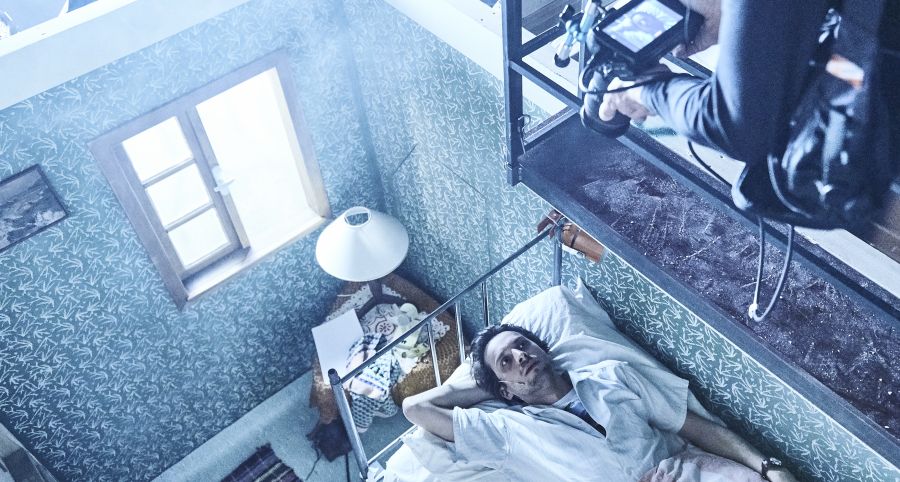