The classic story in an excellent adaptation by the Italian director Antonio Latella (director of the theatre section of Biennale Di Venezia) and with masterful performances by the actors’ quartet of a leading German theatre. Today, at times of polarization, individualism and isolationist tendencies, are we able to fulfil the legendary musketeer motto: “All for one and one for all”?  A modern, energetic and highly relevant adaptation of the canonical novel.
Festival opening. In German with Czech surtitles. 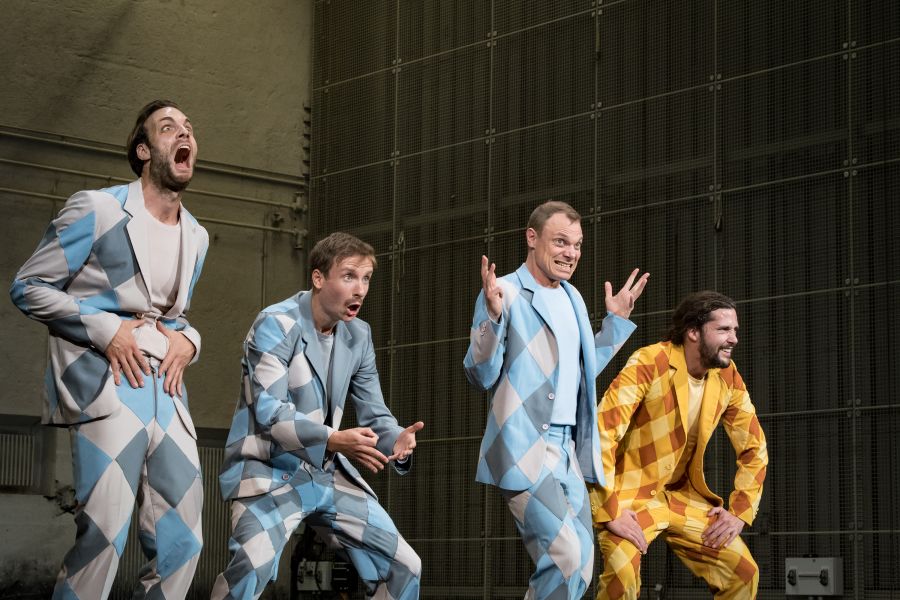 It is a top-quality sport performance! (…) Actors often leave their roles and discuss the comic as such, actors’ work, German dramaturgy, and Italian directors. They goof around on the stage, act funny, make faces, jump from one meta-layer to another – trying what Dumas’ motto: “All for one and all for one” can withstand.
Gabriella Lorenz, Münchner Feuilleton, 10 September 2019
At times it seems like you are watching a Stanislav Lem sci-fi story; you do not know how it started, there is breath-taking chaos on the stage, one plot twist is followed by another without warning – and on numerous occasions, you wake up with tears of laughter in your eyes, clapping rhythmically, while four men in colourful costumes on stage perform a sort of horse ballet to the sound of The Radetzky Marsch. Yet Latella’s Musketeers are not a mere masquerade and parody. It is an endless, pure joy.
Tobias Jehle, Kultur in München, 22 October 2019
This new production, which the new head of Residenztheater, Andreas Beck, brought from Basil, is at times a theatre study seminar where basic theorems are thought over, dismantled and deconstructed, but in the mode of a frolicsome burlesque, which evokes the craving for a theatre with an audience.
After a multiple finale, the four musketeers say goodbye to the audience with an enthusiastic “Youpidoo!” and put an end to an amazing theatre party.
Mathias Hejny, Abendzeitung München, 21 October 2019

A guest performance by Residenztheater, Munich (the production is a takeover of Theater Basel):

choreography and combat training Francesco Manetti
light design Gerrit Jurda
dramaturgy Carmen Bach
cast
d’Artagnan, Planchet Nicola Mastroberardino
Athos, Grimaud Michael Wächter
Porthos, Mousqueton Max Rothbart / Elias Eilinghoff
Aramis, Bazin Vincent Glander
Munich premiere 20 October 2019
Antonio Latella (1967) was born in the region of Naples and has focused on theatre since he was 17. After his first experience at the Teatro Stabile in Turin, he joined the Bottega Teatrale school, founded in Florence by the legendary actor of Italian film Vittorio Gassman. Between 1986 and 1997 he was working as an actor cooperating with prestigious Italian directors such as Pippo Di Marca, Luca Ronconi, Massimo Castri, or Tito Piscitelli.
In 1997, he directed his first show, Marguerite Duras's Agatha. The scope of his work is very broad,having produced famous as well as less known world classics – from Sophocles, Marlowe, Ibsen, Beckett and Camus to Fassbinder. He was awarded the prestigious Ubu Prize in 2001 for a series of reinterpretations of Shakespeare’s tragedies Othello (1999), Macbeth (2000), Romeo and Juliet (2000) and Hamlet (2001) and his innovative approach to theatre was awarded with this prize multiple times in years after. He achieved this  renown thanks to his theatre projects about the life and legacy of Jean Genet (2001–2002) and Pier Paolo Passolini (2002–2004).
He has lived in Berlin since 2004 and focused on international drama and opera projects across Europe. Between 2017 and 2020, he worked as the director of the theatre section of La Biennale di Venezia Teatro.
He entered the Residenztheater stage with his production of The Divine Comedy. Dante < > Pasolini in 2019 which was selected for the prestigious Berliner Theatertreffen festival. His shows are physical and revisit the tradition of Italian theatre. These attributes are also significant for the playful original adaptation of Dumas’ The Three Musketeers (2019).
Residenztheater Munich is one of the most renowned theatres in the German-speaking world. It consists of three stages in the heart of Munich: the main building, the experimental stage called Marstall and the rococo hall Cuvilliéstheater, where mostly contemporary drama is staged.
The successful history of the theatre is associated, for example, with Frank Baumbauer, Dieter Dorn or Martin Kušej and is currently in the hands of Andreas Beck, who took over as artistic director from the 2019/2020 season. He invited renowned directors to work in the theatre such as Simon Stone, Thom Luz, Bastian Kraft, Antonio Latella, Nora Schlocker or Ulrich Rasche. Under the dramaturgical direction of Almut Wagner, the Residenztheater focuses on staging contemporary theatre texts while one of the theatre dramaturgs is the renowned Austrian dramatist Ewald Palmetshofer.
The drama ensemble which ranks among the largest in Germany with their 50 members relies on distinctive theatre stars – to name but a few: Sibylle Canonica, Franziska Hackl, Brigitte Hobmeier, Robert Dölle, Nicola Mastroberardino, Thiemo Strutzenberger or Aurel Manthei who performed at the 2019 Flora Theatre festival in the premiere of the project Donald Trump The Art of the Deal.
The top quality of the theatre house can be demonstrated by their regular appearance at the prestigious Theatertreffen festival, this year with the production Graf Öderland by Stefan Bachmann, created in co-production with Theater Basel.
photo: Sandra Then 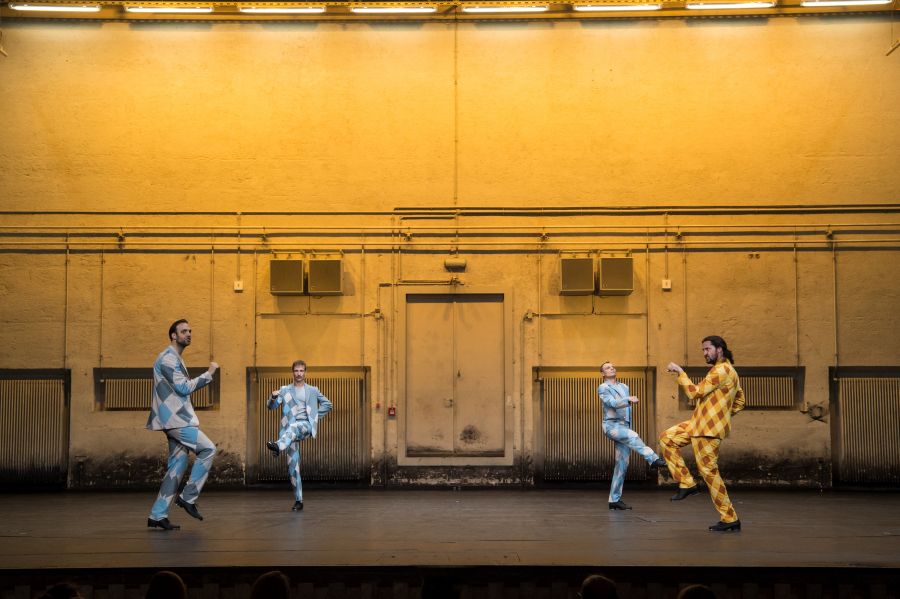 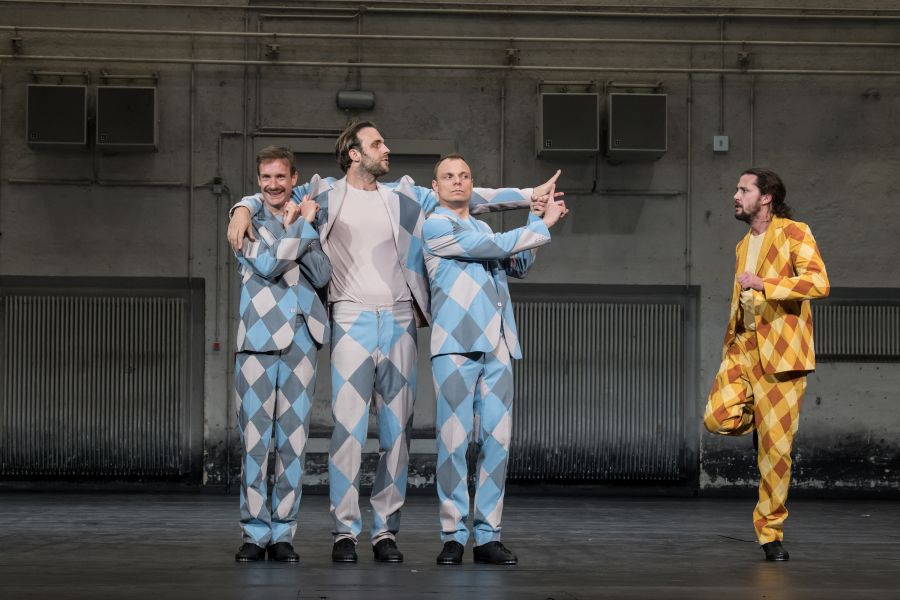 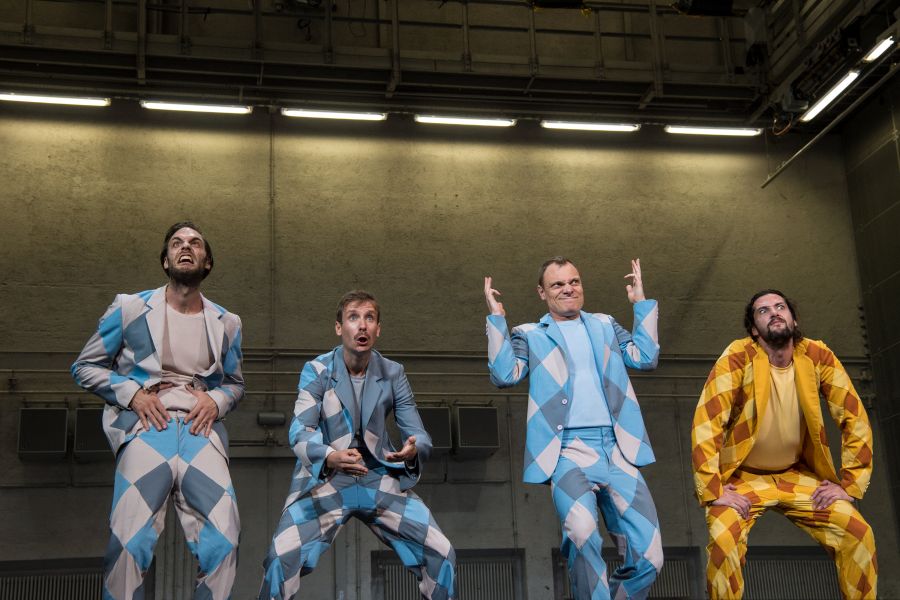