“A riveting and raging solo. Terrifying yet touching.” (Theater heute) A non-sentimental testimony about domestic violence, alcohol abuse and poverty. One of the most outstanding German actresses, Bettina Hope, “on the threshold of a new life”, led by Oliver Reese, the artistic director of one of the most renowned European ensembles.
In German with Czech surtitles. Discussion follows. 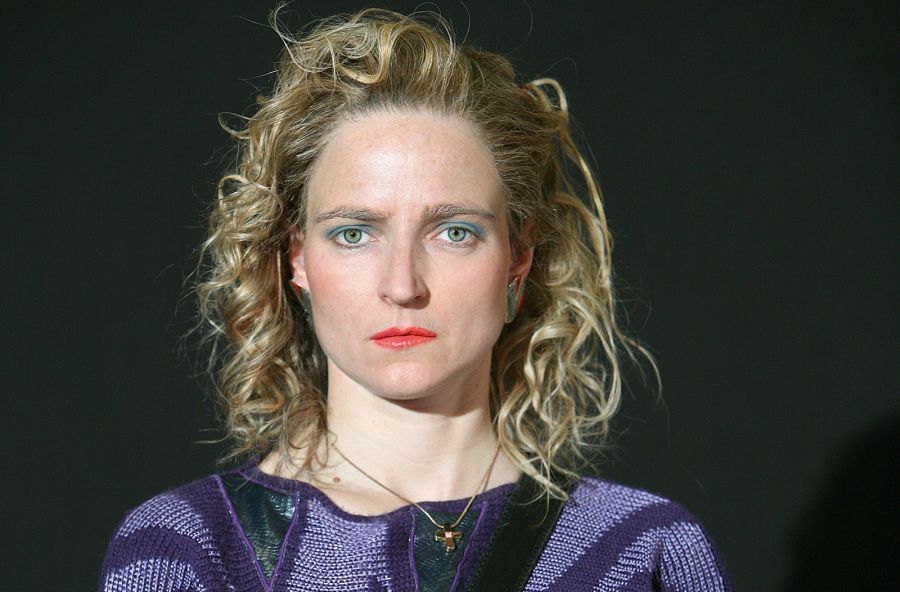 Riveting and raging solo. Terrifying yet touching. Paula van Bergen, Theater heute, 1/2011
Bettina Hoppe captures the stage as a member of the SWAT unit. In front of an empty projection screen, she rummages through the life of Paula Spencer as if it was a sack with bloodstained evidence.
Rüdiger Schaper, Tagesspiegel, 5 October 2017

Already during his schooldays, Oliver Reese (1964) was into theatre and before graduating served an internship with the Italian director Giorgio Strehler. After completing his studies (German literature, theatre studies and comparative literature), he worked as an assistant director at Münchner Kammerspiele, Düsseldorfer Schauspielhaus and Residenztheater München, where he held the position of dramaturg in 1989. He was appointed head dramaturg at Theater Ulm in 1991. From 1994 to 2001, Oliver Reese was head dramaturg at Maxim Gorki Theater Berlin. He consequently worked at the Deutsches Theater Berlin, which was awarded the Theatre of the Year. Oliver Reese was artistic director of Schauspiel Frankfurt from 2009 to 2017, where he skilfully staged productions from ancient to contemporary drama according to his dramaturgical plan. He then returned to Berlin after fifteen years and took up the position of artistic director of Berliner Ensemble.
A number of his productions are adaptations of celebrated novels such as Nabokov’s Lolita (2003), Grass’s The Tin Drum (Die Blechtrommel, 2015) with Nico Holonics – a monodrama which crowned the last Flora Theatre Festival. Reese has also dramatized productions of biographical texts such as Bartsch, Kindermörder (Bartsch, Child Murderer, 1992), Emmy Göring an der Seite ihres Mannes (Emmy Goring at Her Husband's Side, 1994), Goebbels (2005) and Ich bin Nijinsky. Ich bin der Tod (2013) or Bergman’s Private Confessions (Einzelgespräche, 1999) and Faithless (Die Treulosen, 2006). He created a production called Wille zur Wahrheit – Bestandsaufnahme von mir (2012–2013) based on five autobiographical novels by Thomas Bernhard entitled Wille zur Wahrheit – Bestandsaufnahme von mir (2012–2013).

Berliner Ensemble ranks among the most renowned German theatres. It is named after the world-famous Brecht company and has made theatre history. The theatre has – in line with the tradition of its directors Bertold Brecht and Heiner Müller – as well as under the current artistic direction of Oliver Reese – focused on current social question and current themes. The emphasis on contemporary international drama can be seen mainly in the authorial programme which aims to obtain new authors and dramatists for the theatre and also stage important literary pieces from all over the world. The core of the theatre is its ensemble. Berliner Ensemble has 28 permanent actors and actresses at present, among them Constanze Becker, Andreas Döhler, Bettina Hoppe, Oliver Kraushaar, Nico Holonics, Tilo Nest or Stefanie Reinsperger (the face of the 2016 Flora Theatre Festival where she performed in three productions). The theatre also emphasises the ongoing work of innovative directors who give direction to contemporary drama, such as Frank Castorf, Mateja Koležnik, Antú Romero Nunes, Ersan Mondtag, Karen Breece and Michael Thalheimer.

The actress Bettina Hoppe (1974) was born in Nairobi, Kenya but grew up in Rheinland-Pfalz, Germany. She studied at the Berlin Universität der Künste and already her first acting opportunities came from the famous Berlin stages: Deutsches Theater, Volksbühne am Rosa-Luxemburg-Platz and Maxim Gorki Theater. She became an ensemble member of Schaubühne am Lehniner Platz in 2006 and worked there, for example, with the director and artistic head Thomas Ostermeier on productions such as Cat on a Hot Tin Roof or A Midsummer Night’s Dream. During her next engagement in Schauspiel Frankfurt, she continued in successful cooperation with leading directors of her generation, such as Michael Thalheimer, Ulrich Rasche and Oliver Reese, who offered her the role of Hamlet in the new translation by Roland Schimmelpfennig in 2011. Her biggest achievement was the role of Cäcilie in Goethe’s tragedy Stella directed by Andreas Kriegenburg – she was awarded the best female performance award at the Hessische Theatertage 2011 and was also nominated for the German theatre prize Der Faust. She has been a member of Berliner Ensemble since the 2017/18 season, she stars in shows by Michael Thalheimer (Médea; Katzelmacher), Frank Castorf (Galileo Galilei) and Oliver Reese (Panikherz; Gott) or in documentary projects by Karen Breece. 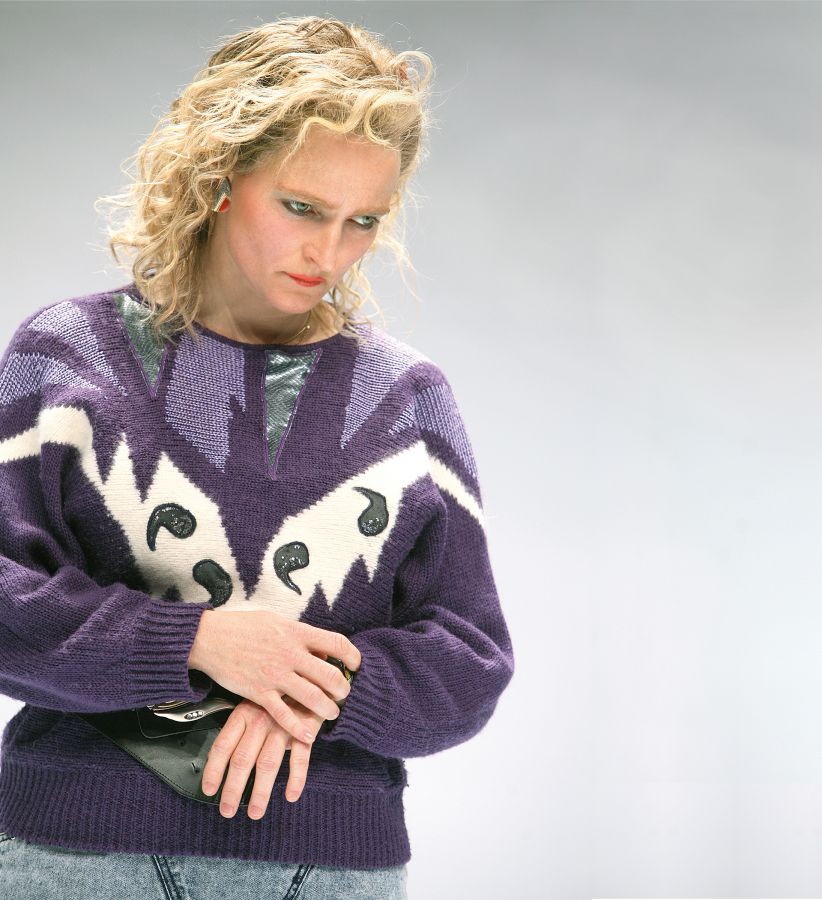 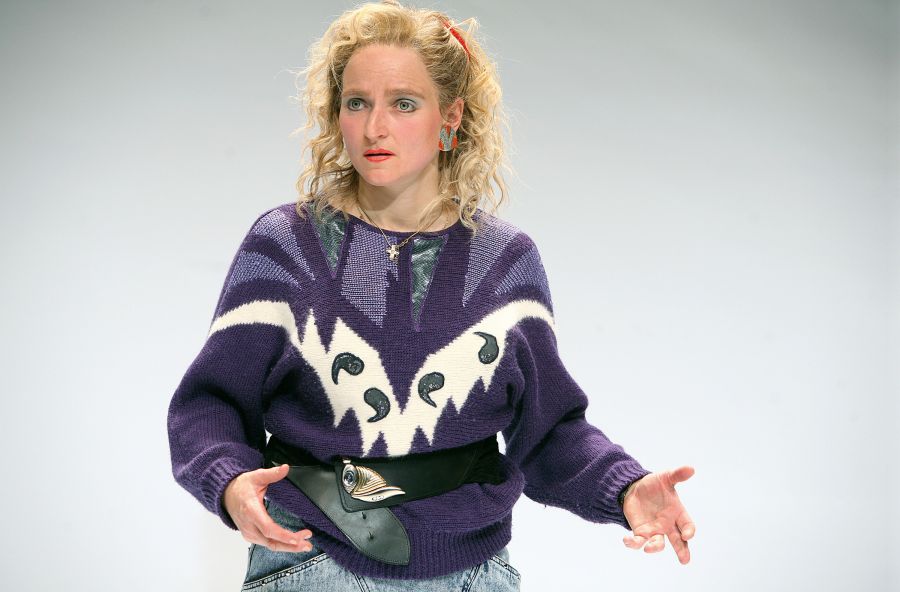