Simulation of a technological apocalypse and reflections on the phenomenon of trolling in an original project by the artistic director of the Olomouc-based ensemble Silvia Vollmann.
Discussion follows. 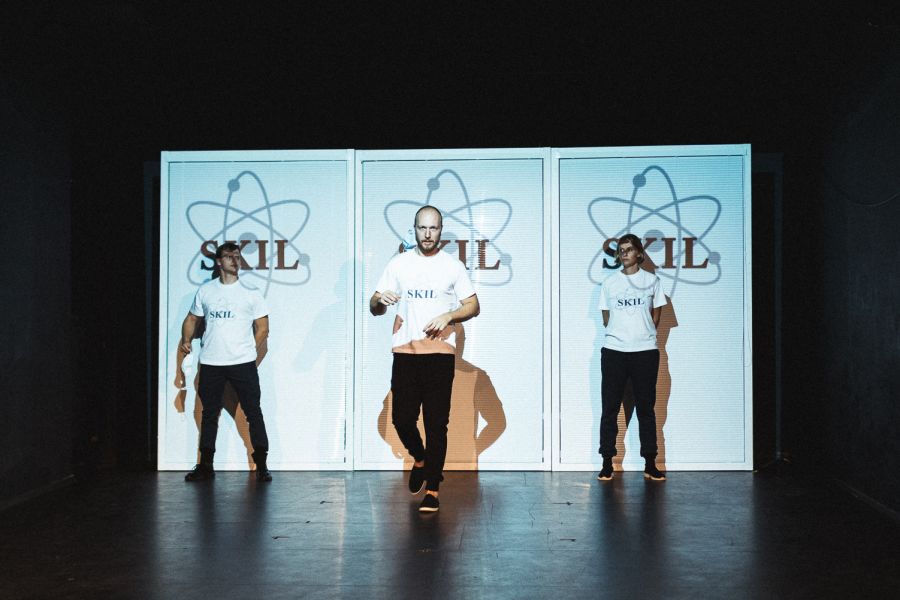 directed by Silvia Vollmann
text team
set design Daša Krištofovičová
music Tomáš Valent
projection Pavla Baštanová
video and visuals Zdeněk Vévoda
production and stage management Petra Pánková
light Josef Malík
sound Ondřej Zunt
cast Milada Vyhnálková, František Maňák, Tomáš Žilinský
Premiere 23 September 2020
Silvia Vollmann (1991) studied direction and dramaturgy of puppet theatre at the Academy of Music and Dramatic Arts in Bratislava. She was nominated for the Dosky award in the category of talent of the year for her production with elements of documentary drama Hola, Madrid! (2013). She focuses on original projects mainly for a young audience: budbabkar.2015, Chlap©i (2014; Štúdio 12 Bratislava), Jasne, v pohode (2016; Mestské divadlo Žilina) and HOAX (2018; Divadlo Andreja Bagara Nitra). She prepared as a guest director the play Kryptogram (2020) by David Mamet at the Prague Divadlo X10.
Since the 2017/2018 season, she has worked as the artistic director of the Divadla na cucky theatre in Olomouc where she has staged her original productions Můj BF (2015), MATE (2016), Jsem do tebe (2018) and 1993 (in co-production with the Bratislava-based DPM; 2018). Her production Trolled Over is her fifth project there which was, just like the others, created with the whole team as a collective piece.
Divadlo na cucky is an open space for culture on Dolní náměstí square in the centre of Olomouc. Apart from their own productions, the theatre focuses on presentation of visiting ensembles, creative workshops for all generations and the development of social dialogue through discussions and lectures. The cultural centre also consists of a café named Café na cucky and Gallery XY.
The specific mix of staging teams and personalities (e. g. Michal Hába, Patrik Lančarič, Šimon Spišák, Júlia Rázusová) forms the unique poetics of the theatre during the creative process. The troupe tends toward experimentation and a search for new means of communication; reflecting current social themes such as nationalism, polarisation of society, impact of social networks, feminism, national identity or stereotyping of historical figures.
The production of the theatre has been strongly influenced by the artistic director Silvia Vollmann together with the former director Jan Žůrek whose position was taken over by Alžběta Kvapilová in 2021.
photo Marcel Skýba 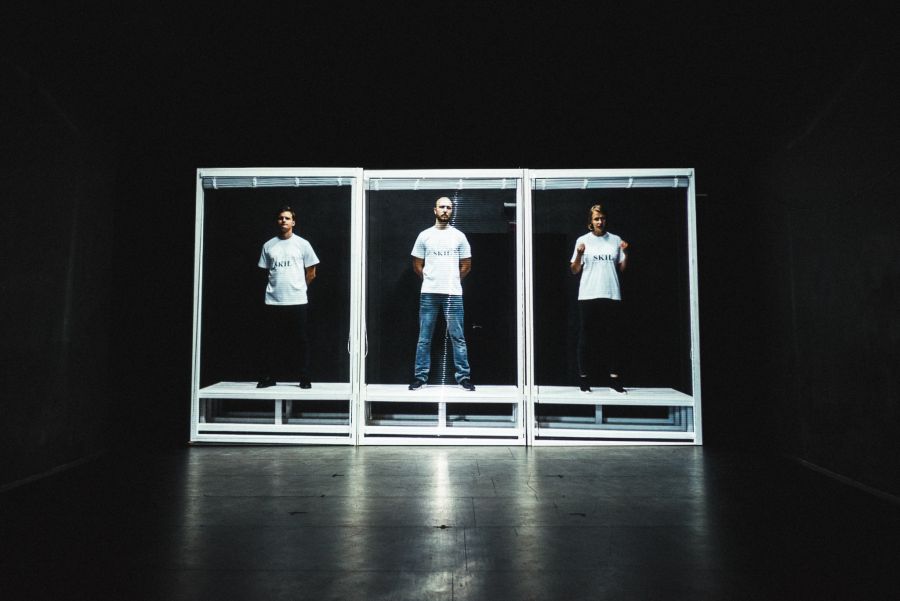 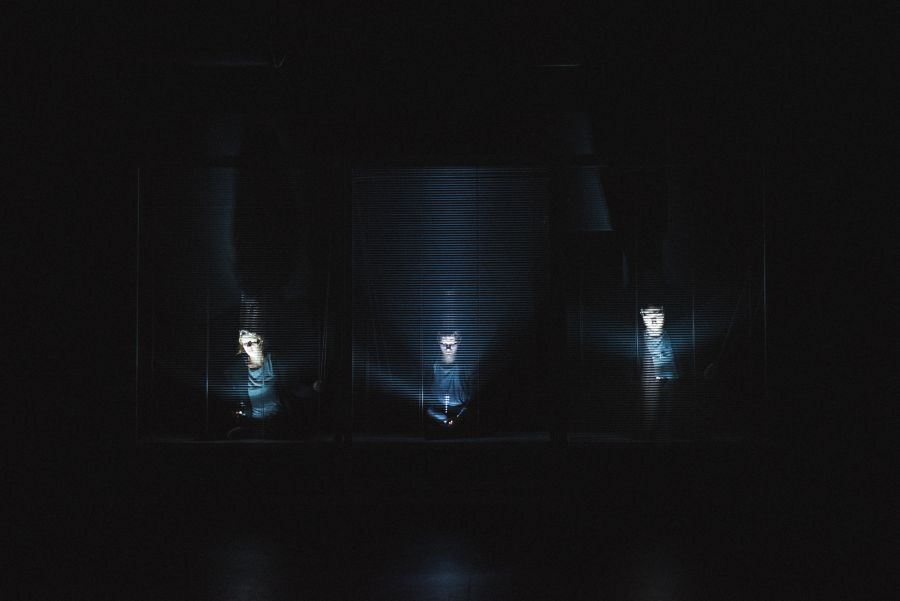 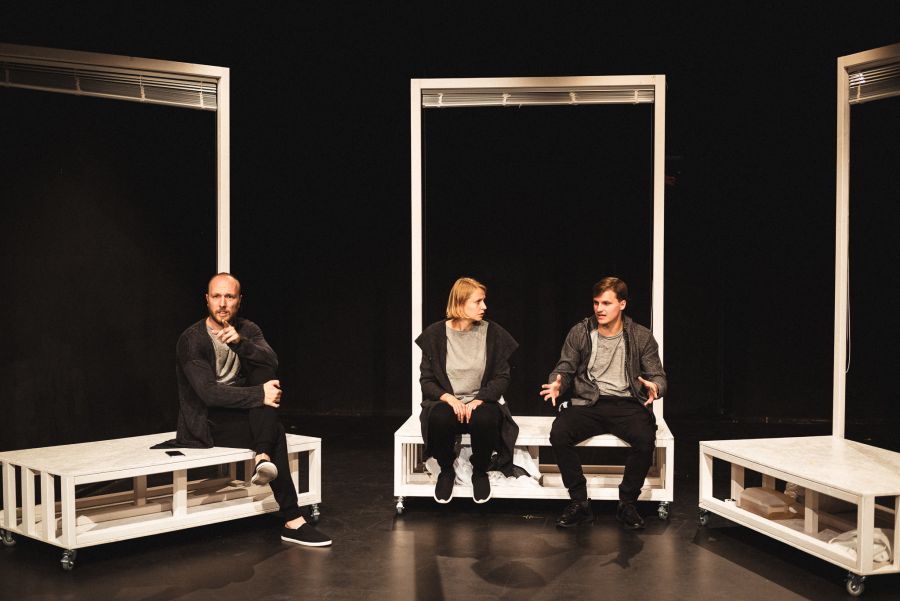 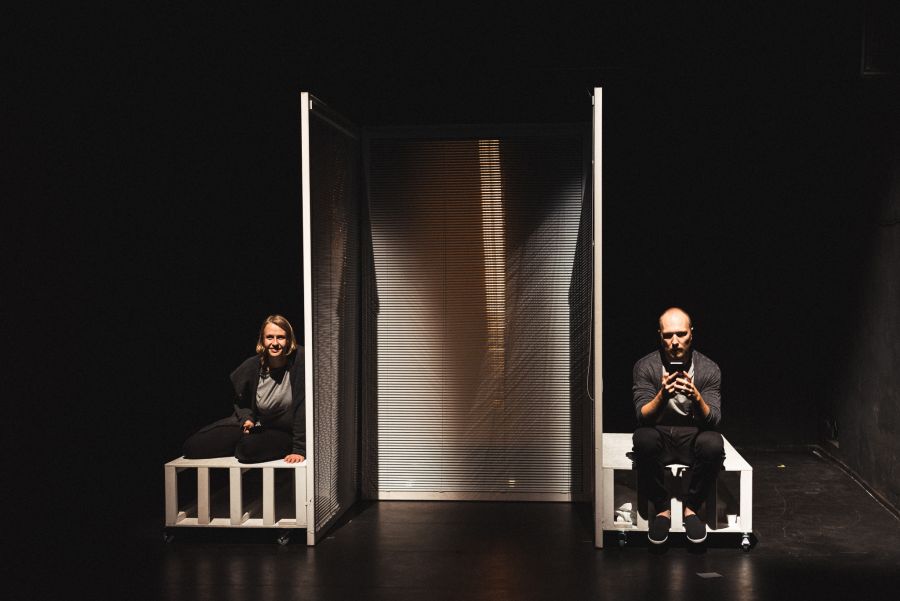 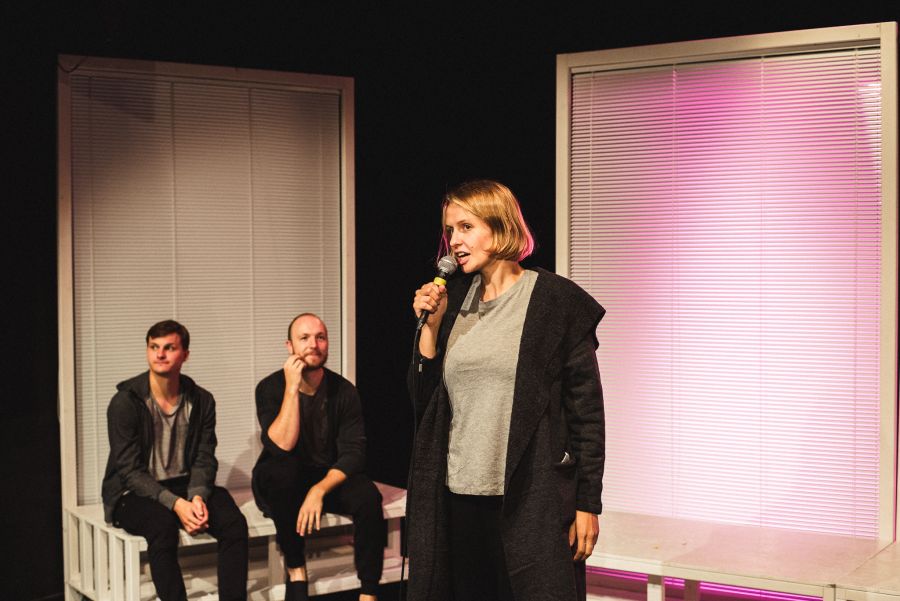 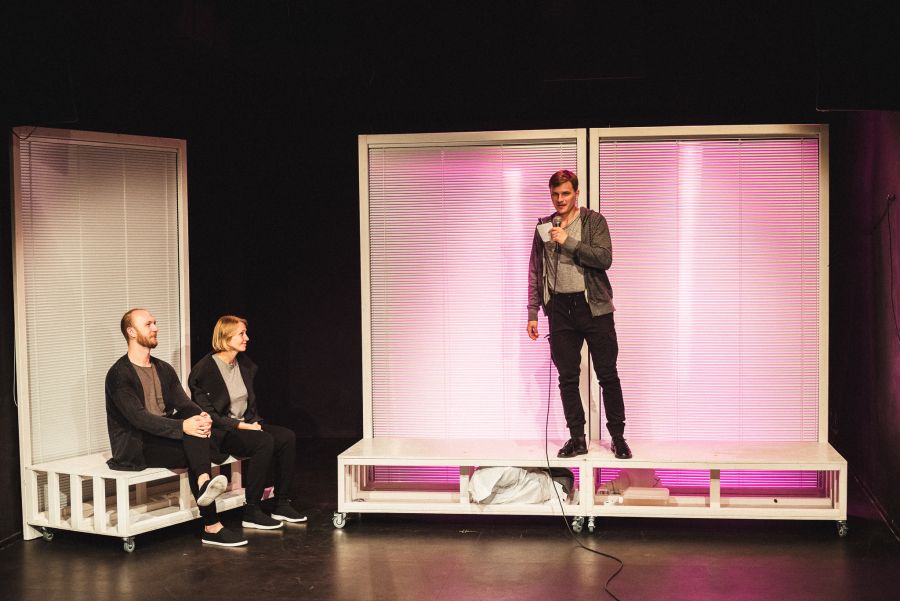