Yuri Korec From Stillness to Movement

WORKSHOP
Dance workshop focusing on when and how a movement in our body is initiated. 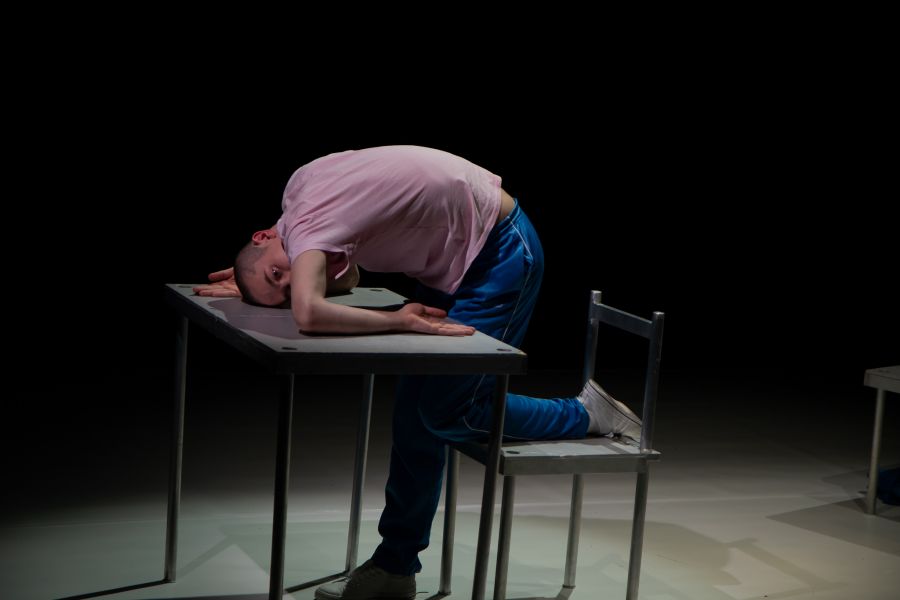 Juraj Korec is a Slovak choreographer, performer and teacher of contemporary dance. Under the umbrella of Yuri Korec & Company, he focuses on his own production.
He graduated from the Dance Department of the Academy of Performing Arts in Bratislava, Slovakia, where already during his studies, he performed with the professional dance theatre in Banská Bystrica – Divadlo Štúdio tanca. Together with the choreographer Marta Poláková, he founded a contemporary dance company DAJV in Bratislava in the same year, which was one of the most significant steps in Slovak contemporary dance. He finished his doctoral studies at the Academy of Performing Arts in Bratislava and since 2015 has worked there as a teacher.
During his dance career, he has worked with various ensembles and groups across Europe, such as: Ventura Dance Company (Switzerland), Retina Dance Company (Belgium), Jean Abreu Company (United Kingdom), Cocoondance Company and Stephanie Thiersch/Mouvoir (Germany), cieLaroque/Helene Weinzierl (Austria) and Stephanie Schober & Dance Company (UK).
Among his most appraised productions, mention should be made of the performance ph-neutral (2005) which premiered at the BXL Bravo in Kaaitheater, Brussels, dance solo new bit-new beat (2006) first performed at the Tanz House Festival 06 in Salzburg and the outcome of a coaching project for dance graduates beat it (2009) presented at the Long Dance Night Salzburg (in cooperation with Helene Weinzierl).
His multimedia dance performance h a b i t a t (2010) was created in an international co-production; with Matan Levkowich, he created a dance solo Zero. The performance 20/20 vision or from-BREAK-on was prepared under the patronage of the Austrian dance ensemble CieLaroque/Helene Weinzierl. His dance performance d-BODY-m (2017) successfully toured all around Slovakia and abroad.
Korec has also been part of the dance films The Day (2004, with A. Petrovič and J. Vlk) and DARKROOM (2007, P. Bebjak). His most successful dance film voiceS created together with Peter Bebjak/D.N.A. Production and CieLaroque/Helene Weinzierl, won several international awards.
He also works in the field of body therapy, particularly Rolfing, which renews the natural balance of the body through gravitation. In March 2011, he became the first certified Rolfer™ in Slovakia.