The parallel world of online video games, their actors and rules through the eyes of a seasoned experimenter with (theatre) space – the director Jan Mocek. A live analysis of the phenomenon of digital society with a bold message. 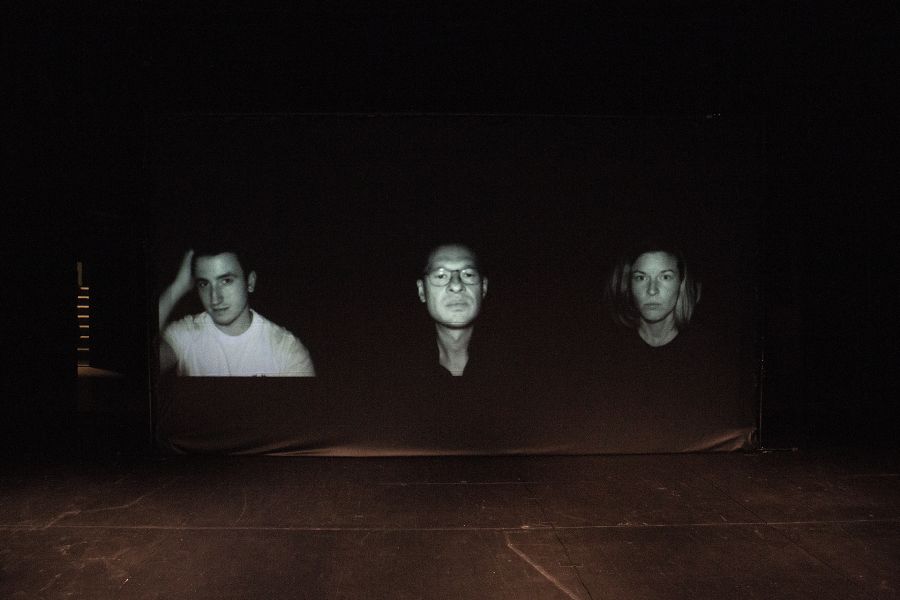 Virtual Ritual does not want the make the audience understand the world that many people escape to from reality. Yet, through this world it offers a new look on the real one.
Daniel Svoboda, Týden, 14 October 2019
“I am interested in searching for connections between the virtual and real world. I often encounter the idea that video games are only entertainment for kids or an escape from reality. The gaming industry, however, has grown to such a degree in the past few years, that it has begun to change the way we speak, communicate with each other and meet one another. The virtual and the real cannot be separated any longer, one infringes on the other and both need to be taken seriously.”
Jan Mocek in an interview with Radio 1
concept, set design, directed by Jan Mocek
artistic cooperation Irina Andreeva, Sodja Lotker, Táňa Švehlová
light Patrik Sedlák
sound Ladislav Štěrba
video Jan Mocek, Ondřej Pokorný alias Atlet
photography Adéla Vosičková
performing Osamu Okamura, Adéla Vosičková, Ondřej Pokorný alias Atlet
The production is coproduced by Divadlo Archa and SixHouses.
With the financial support of the Ministry of Culture of the Czech Republic.
Premiere 2 October 2019
Jan Mocek (1986) operates on the borderline between theatre and visual arts. His performances deal with current topics in their complexity and unambiguousness and at the same time provide the audience with a forceful and highly sensual experience.
Already while studying theatre studies at Charles University in Prague, he was an active member of several amateur theatre groups and after graduation launched the theatre group FFK. Under its wing, he produced his breakthrough project Tanz im Quadrat! (2010). This controversial and physically extreme performance was awarded the Project of the Year award at the …příští vlna/next wave… festival.
He regularly cooperates with artists such as Matthias Hesselbacher, Irina Andreeva and Tána Švehlová. The projects staged under his own production platform SixHouses have the character of sound and visual environments providing the audience with an interactive experience and freedom of interpretation. Since 2013, they have also been creating videowalks focusing on the phenomenon of gamification (a marketing technique using the means of computer games in a non-gaming environment).
For the National Theatre, they created and programmed an interactive guide for the Stavovské divadlo (The Estates Theatre) on the theme of Maurice Maeterlinck's life – Play Maeterlinck (2016). A year earlier, they blocked the underground garage of the National Theatre with the videowalk project Play Underground (2015).
The urban sound-art performance The Radiant City (2016), which successfully toured local as well as foreign festivals, focused on the phenomena of post-socialist blocks of flats in housing developments – at the 2017 Flora, one of these buildings on Kaštanová street became a very unusual stage.
Jan Mocek does not avoid personal topics in his work – probably the most personal project was named Fatherland (2018), where he met his 34 year older father Jan.
photo Adéla Vosičková 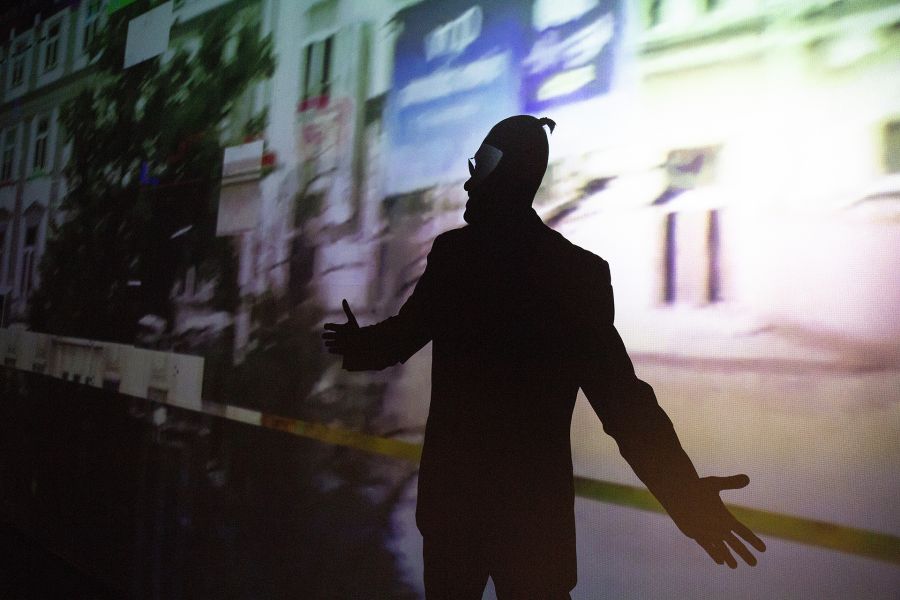 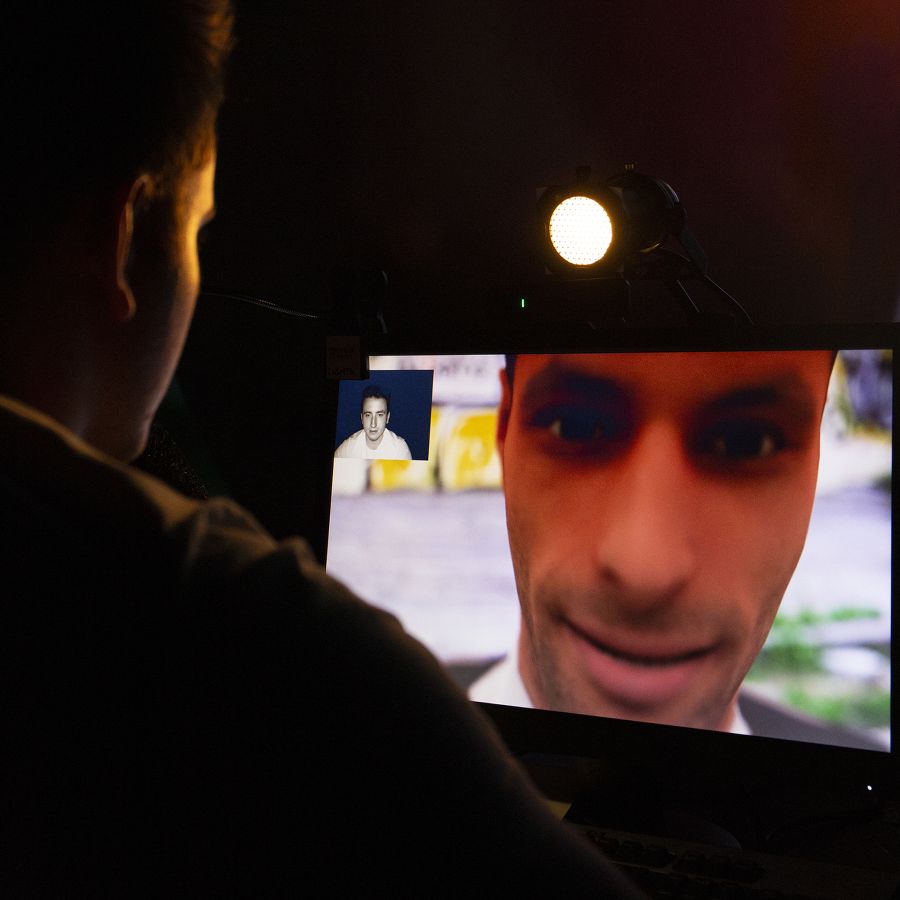 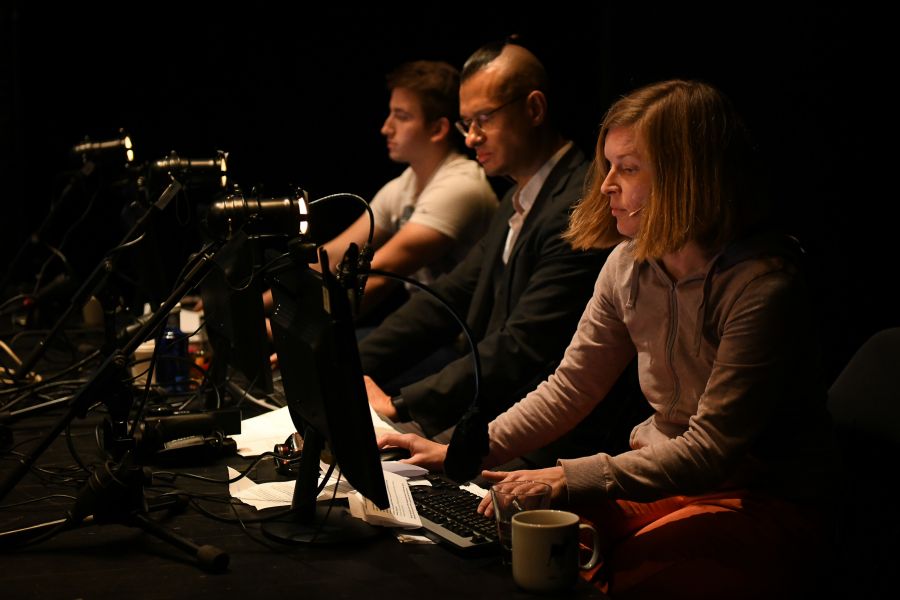