Dismantling the old and the announcement of the new world in a wild offensive by the Brno-based ensemble – supported by bursts of musical roars by Tomáš Vtípil.
Directed by: Miroslav Bambušek.
Discussion follows.
Departure from Olomouc at 2 pm. Meeting point at bus station near Billa, Legionářská street. For more info, please contact simonavicarova@gmail.com 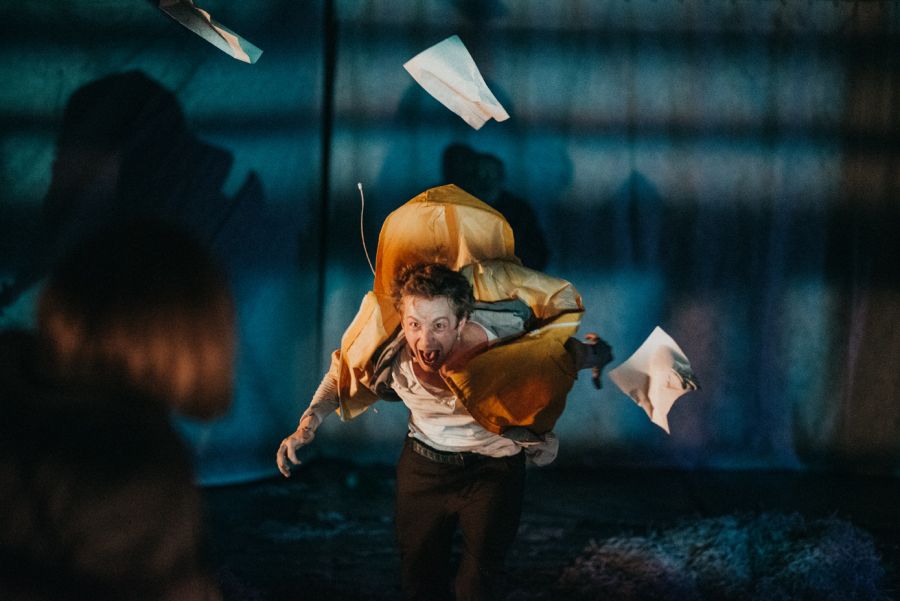 In the Woyzeck production, the creative team builds a portrait of a modern martyr whose decisions catalyse several anti-systematic changes. His pilgrimage is a pompous light show, metal cabaret which oozes unbridledness as well as the pure joy of deconstruction.
Martin Macháček, A2, 8/2019

The theatre and film director, playwright and screenwriter Miroslav Bambušek (1975) studied philosophy and translation of French and Ancient Greek at Charles University. He views theatre as a means of reflection on political and social themes; he often stages his productions in industrial spaces.
For his cycle called Perzekuce.cz (2004–2006) he was awarded the Theatre Newspaper Award in 2006 (the parts called Porta Apostolorum, Útěcha polní cesty, Horáková x Gottwald, Zóna). For another project The Energy Pathways (2009–2013), he received festival honours at …příští vlna/next wave…, while the first part of the series Zdař Bůh! (“Michal” Coalmine, Ostrava) was awarded the best Alternative Theatre at the Divadelní noviny Awards in 2010 (the other parts: Voda – Eco-technical Museum Prague; Uran – Bunker in Drnov; Ropa – Winternitz Mills Pardubice). The last series so far called Songs about the Land was opened by the performance Prometheus (2016) at the former paper mill in Vrané nad Vltavou.
In the context of Czech theatre, Miroslav Bambušek is a director with a grand expressive gesture, an exalted visual aspect and sound opulence which never goes against the meaning of the text. Apart from the visuals, music plays just as important a role in his work. He often creates with Vladimír Franz (Porta Apostolorum, Zdař Bůh!, Heretical Essays etc.) and also with the composer Petr Kofroň: the film Jan Hus – A Mass for Three Dead Men, 2009); the production Don’t Touch My Fidel, Roxy/NoD, 2007), Fagots’ Cross, Rainald Goetz’s Fortress (MeetFactory, 2012 and 2013), Cantos (Divadlo Na zábradlí, 2012), etc. Their last cooperation was Arnošt Hába's opera The New Earth at the National Theatre (2014). Tomáš Vtípil’s music accompanies Bambušek’s projects Wasteland (2014) – a music and visual revue based on a legend of the underground Pavel Zajíček, an adaptation of Elfriede Jelinek’s production The Works (at Flora 2017), or a remarkable interpretation of the Büchner fragment Woyzeck, where live music creates a determining dramatic figure. It resulted in the Theatre Critics’s Award for Vtípil in 2020. His compositions also underscore Bambušek’s first feature film Blood Related (2021), which reflects the post-war period at the Czech-German borderlands and most importantly the traumas that persist over generations.
HaDivadlo theatre is situated in Brno, however, it was officially established in Prostějov in 1974 as Hanácké divadlo (director Svatopluk Vála and dramaturg Josef Kovalčuk were associated with it). Soon after it worked its way up from an amateur group to a professional studio stage with demanding dramaturgy. They moved to Brno in 1985 and by merging with Ochotnický kroužek of J. A. Pitínský, the Kabinet múz was created. After some minor mishaps with their residence, they settled down in the former cinema of Alfa Pasáž in 2004.
Remarkable personalities have participated in forming the unique poetics of the theatre such as the director and playwright Arnošt Goldflam, the actor and author Miloš Černoušek (aka Cyril Drozda), the musicians Jiří Bulis and Václav Koubek, the actors Ján Sedal, Marie Ludvíková and Miloslav Maršálek and the directors Jiří Pokorný, Břetislav Rychlík, Oxana Smilková, David Jařab, Luboš Balák and Marián Amsler.
Since 2015, Ivan Buraj has been the artistic director of the theatre, staging there ambitious adaptations of world literature: The Sleepwalkers (2016), Eyolf (2017) and Maloměšťáci (2018, Divadelní Noviny award) – all three productions were part of the programme of the past three Flora festivals.
The dramaturg of the theatre focuses on German language texts: apart from Broch’s Sleepwalkers, also Bernhard’s slapstick The Force of Habit, Lotz’s drama Ridiculous Darkness (both 2017), Müller’s memento The Message (2018) or Schwab’s First Ladies (2019), which was awarded the Best Drama of 2020 at the Theatre Critics’ Awards.
They also focus on staging of original texts (the stage essay by J. A. Pitínský ’68, the “kitchen drama” Naši – studie rozhovoru o klimatické krizi or the newest collective project called Vnímání), as well as dramatizations of contemporary Czech literature (The Expulsion of Gerta Schnirch by Kateřina Tučková or Macocha by Petra Hůlová brought on stage by Kamila Polívková, which impressed the audiences of the Flora Theatre Festival in 2018).
“It has been and still is a theatre involving an uncompromising search for current theatre language, although it has a tradition of intimate gesture and awareness of its own peripheral nature,” Ivan Buraj described the five-year course of the theatre in an interview for Art Zóna. As a theatre of ambitious yet not elitist dramaturgy, it takes action towards the audiences by organising dramaturgical introductions to productions, discussions after them, seminars and other programmes for secondary school students. They closely cooperate with a new platform for performative art Terén, which originated in Brno and operates as the third stage of the Centre for Experimental Theatre alongside the renowned repertory theatres – Husa na provázku Theatre and HaDivadlo.
photo Káťa Opuntia 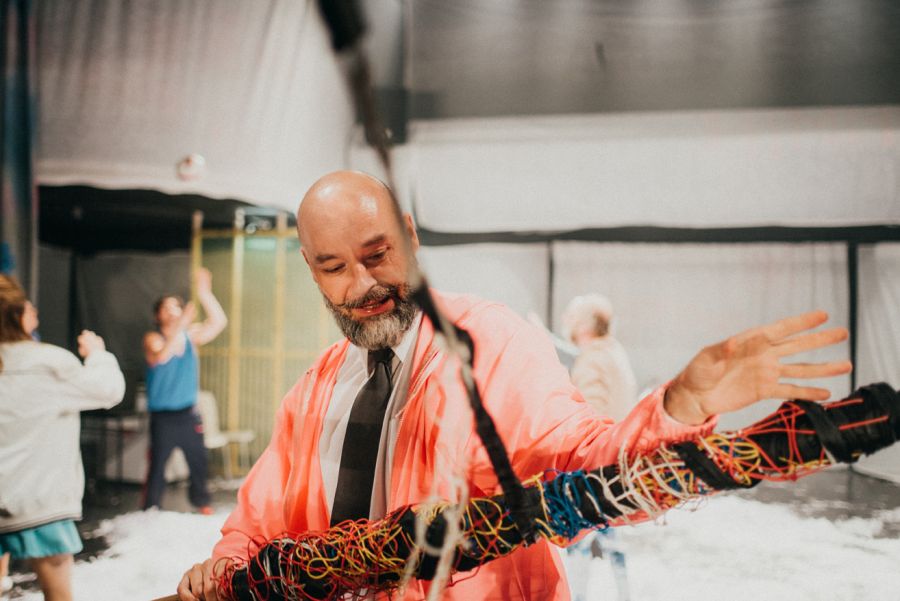 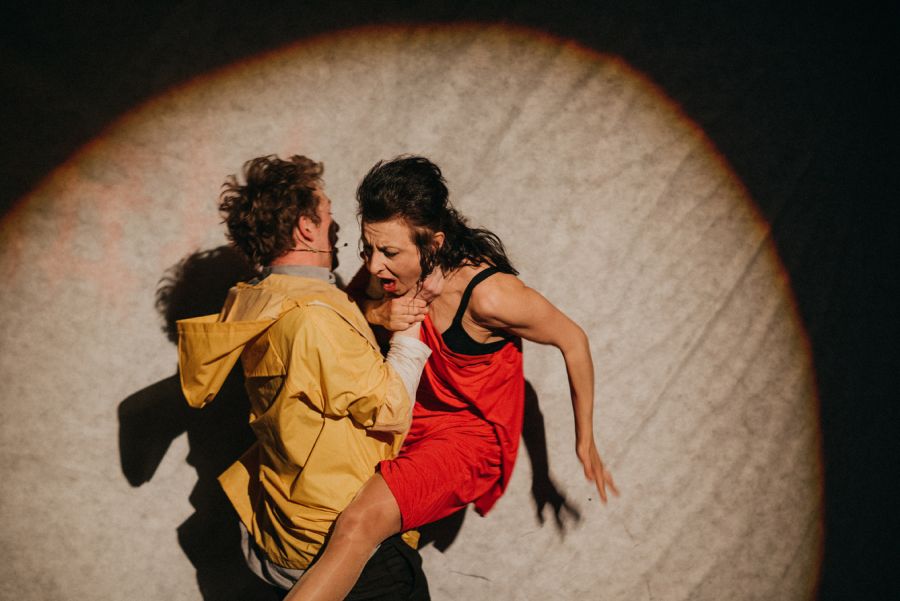 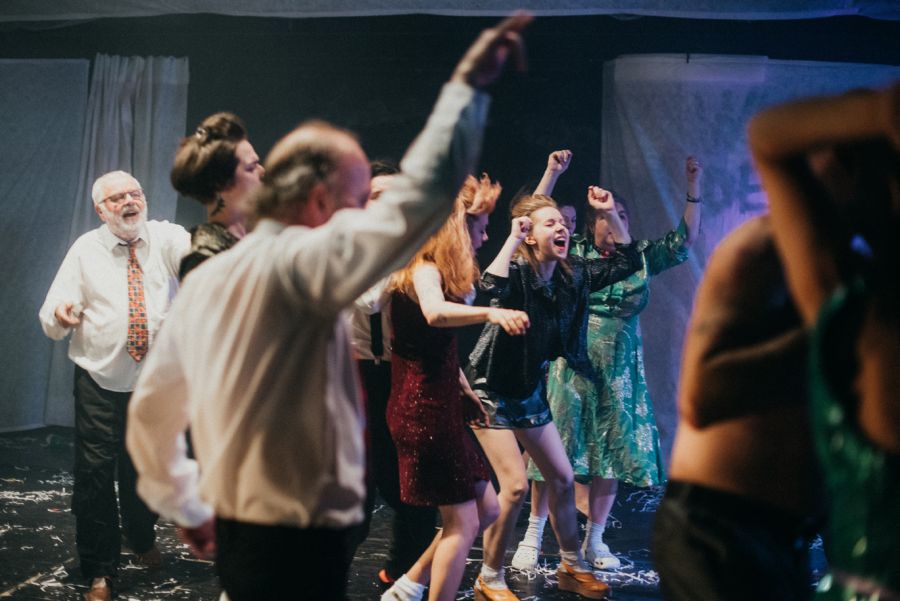 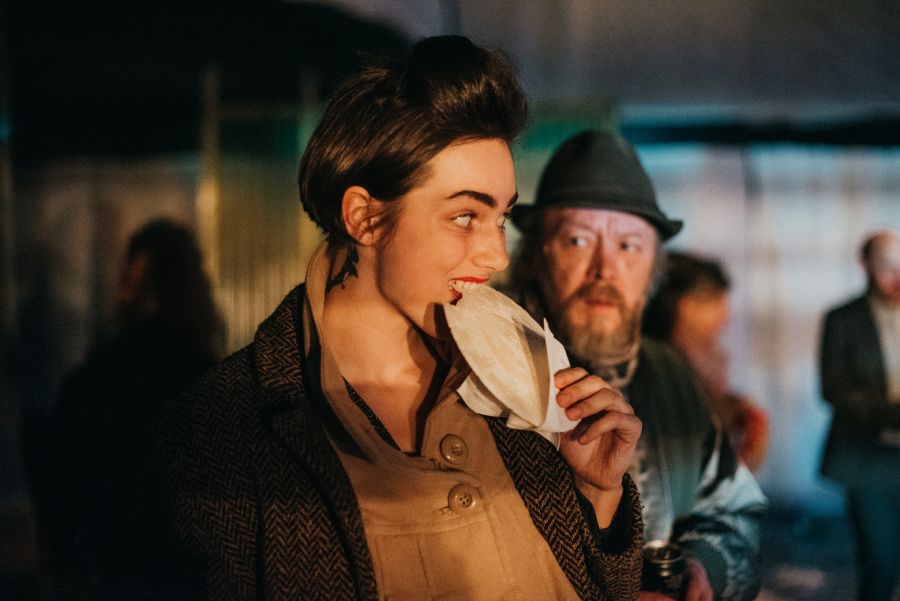 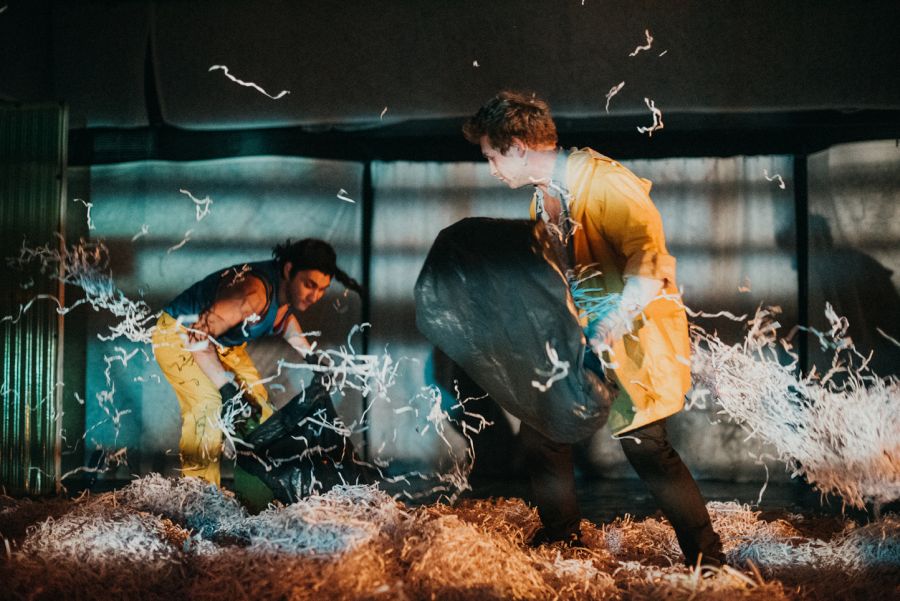 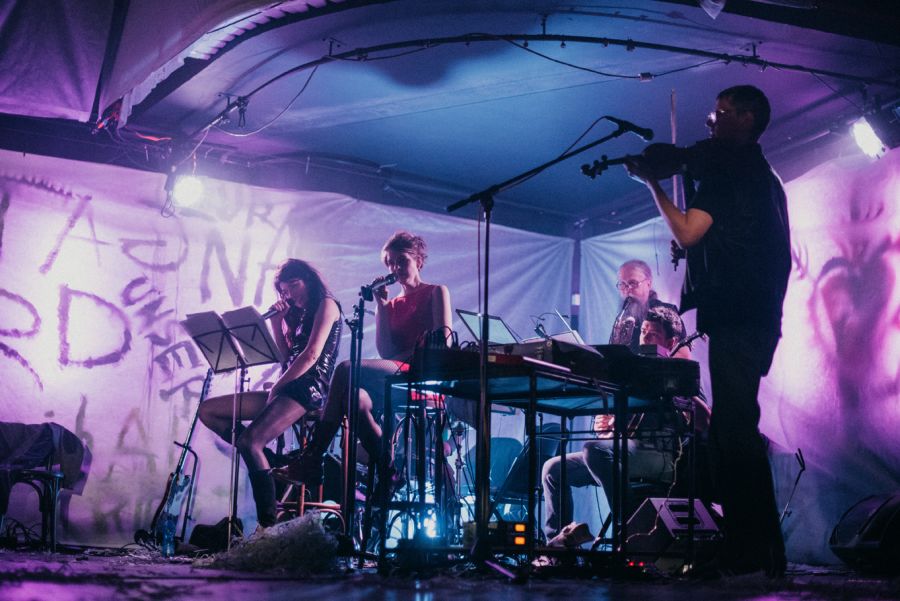